The 1980s, the decade in which I came into this world, seems to be the decade everybody loves to hate. The music, most people will claim, was not music at all. The politicians were selfish, sleazy and corrupt, or so cynics say. Everything from the boxy, horrible cars to the vulgar greed culture is largely maligned as being representative of a decade of waste and ugliness that we should best learn from, and then try to forget.

It is also common wisdom that the 1980s were ten years of a style vacuum. Someone I know mentioned earlier on in the year; ‘Why is 1980s clothing suddenly fashionable? It was bad enough the first time round.’ When I was pondering this statement recently it got me to thinking about the oft forgotten benefits and high points of 1980s fashions.

For women it was an era in which outfits turned masculine. No one will forget the shoulder padded jackets, the trouser suits and the shorter hair styles; the Vogue covers presented less feminine women and it was certainly an era of male-inspired female empowerment. Margaret Thatcher, the first female Prime Minister was the figurehead for a generation of women who, in politics, work and even fashion seemed to live by the maxim: “If you can’t beat ‘em, join ‘em.”

The diverting change in women’s fashion was all too noticeable, and it is to that revolution that the 1980s owes its reputation in fashion. For men it was a little different. If the 1960s and 1970s represented a change in style from formal to informal, the 1980s represented a return to traditional styles. 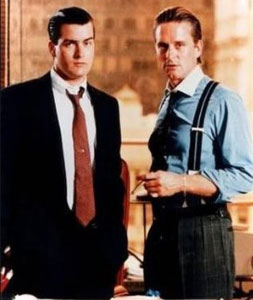 Formality wasn’t the only thing that the 1980s encouraged, but also, a cultivated sobriety of dress. Whereas the previous decade had been about contemporary cuts of suit, with flared trousers and oversized lapels, the 1980s tailoring saw a return to classic shapes and straight leg trousers. After the gluttonous fat tie of the 1970s, the 1980s tie slimmed down drastically, and patterns were more subtle and classic; gone were the psychedelic kippers and in came slim stripes, polka dots and Hermes patterns.

Shirts no longer had absurdly large collars and the cutaway collar, one of the most formal, became popular again. Jeans, recently indigo and flared, returned to the straight and slim-fits in stone washes. If it weren’t for the difference in hair styles, it would be difficult to tell between a gent from 1985 and a gent from 2005; classicism is ageless. 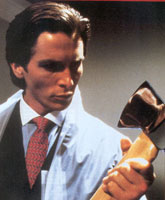 There was the odd peculiarity in more casual dress; jumpers seemed to be oversized, and it was popular for one’s shirt to be baggy. However, the style of the film American Psycho, filmed in 2000, shows how in 1985 men were wearing clothing in a style which today would be considered Square Mile chic. White collared cornflower-blue shirts, Hermes ties and pinstripe suits; only the 1980s technology gave away the period.

If you want to relive that classic 1980s formality, look out for bold stripe shirts, narrow ties and braces. Conveniently, all this is available nearly everywhere. Now who would have thought that 80s materialism would eventually inspire recycling?