I spotted this in the Daily Mail last week. It seems Bermondsey born, WBA Heavyweight World Champion, and all round good egg, David ‘The Hayemaker’ Haye is a fan of Nino’s shirts. I think you’d be hard pushed to find a more heavyweight endorsement than that. 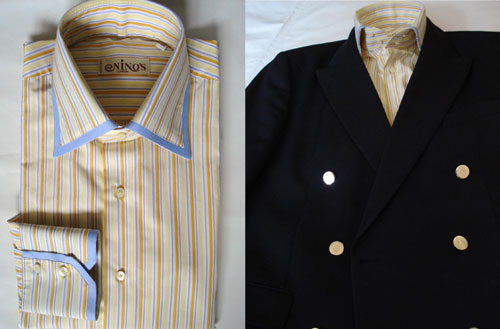 I mention it because I’ve been singing the praises of Nino Santoro on BespokeMe for years. In fact I think Nino was one of the first interviews I did.  He is what I class as a designer/enthusiast and while many people promise original few really deliver. Well, Nino does.

Shirts are to him what canvas and paint are to great artists, and wearing one of his shirts is the ultimate in self expression and self confidence. And you’ll be hard pressed to find a better made off the peg shirt in many ways. Whether you go for the bold colours and intricate patterns or the more subtle solids each is special because of the painstaking attention to detail. A maximum of 18 in any one design is ever made. 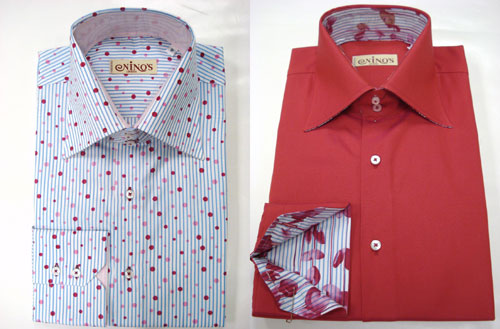 Each shirt is made from 2 fold Egyptian cotton, single needle stitching and manufactured in Italy. Everything from the padding in the collars and cuffs to the buttons is specially imported, and each shirt has hand stitched button wholes. This care in part stems from a family which is steeped in tailoring. His father, Franco, is a well know and highly respected London bespoke tailor, and Nino’s uncle was in charge of Brioni. I should say that Nino also offers a bespoke shirt service.

I suspect some people would be a bit overwhelmed by some of the designs. But the key is simply dressing them down, and, I think, pairing them with ultra classic or conformist pieces. One of his shirts that I own is a combination of mixed yellow butchers stripes with blue inlays around the collar and cuffs. This works wonderfully with a classic double breasted blazer.  That said I’m a big fan of the plain shirts, in particular the white and the pale blue pique pattern. In my opinion the ultimate work shirt. 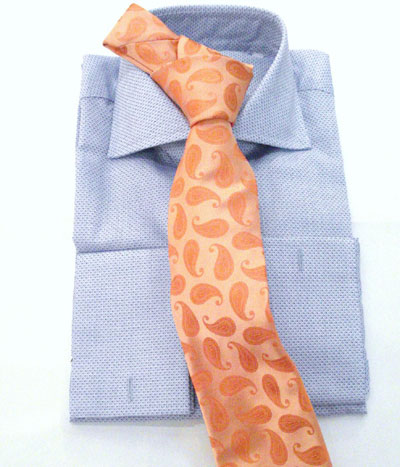 Returning to the article, if you read it in full it’s clear that Haye, like Ali before him to name but one, is something of a clothes and style addict. Indeed, he lists George Dyer as his tailor, which given we share the same taste in shirt maker might be worth a look.