A Picture Paints A Thousand Words 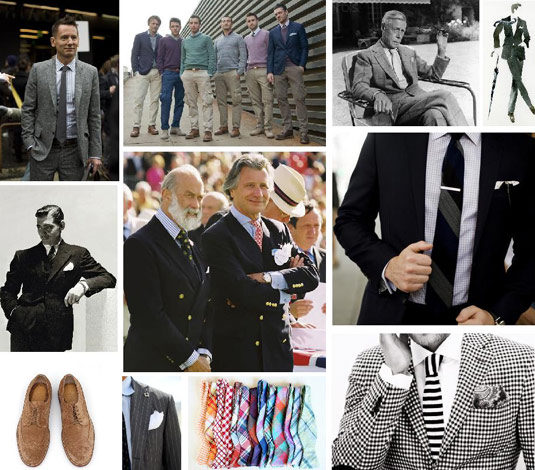 I’ve often thought people fall into one of two camps: you’re either stimulated by the visual or stimulated by the literary. For example, my girlfriend devours thrillers; whereas I’ll rarely read a work of fiction and yet I’m a film buff.

As the quote says ‘a picture paints a thousand words’ – actually that’s a slight bastardisation of a much disputed quote. But it makes the point; and it couldn’t be more true in my own case. I’ve read books on style and dress – not as many as fellow columnist Andrew Hodges – but I’ll be damned if I can remember half of what I’ve read. My picture library on the other hand is vast. Culled from the internet, magazines and the like, I’ll pore over the images, analyse them, deconstruct what I’m looking at, make connections and learn lessons.  Above all I remember them, and incorporate what I’ve learned.

It was Cary Grant, perhaps the best dresser of them all, who once said; “One pretends to do something, or copy someone or some teacher, until it can be done confidently and easily in what becomes one’s own manner.”

And in that vein I’ve spent a great deal of the last month familiarizing myself with blogging phenomenon Tumblr. I’ll confess that despite being a blogger I am not a tech head – you should see my mobile phone! So I apologise to anybody for whom this is stale news. But this whole field has proved something of an accidental delight for me.

For those who don’t know what I’m talking about, Tumblr would best be described as a pictorial twitter. Viewed in ‘Archive’ it’s a great glorious pictorial ramble. So for those who find it easier to learn from the visual as opposed the literary, here are a few that caught my eye.