A Question Of Taste 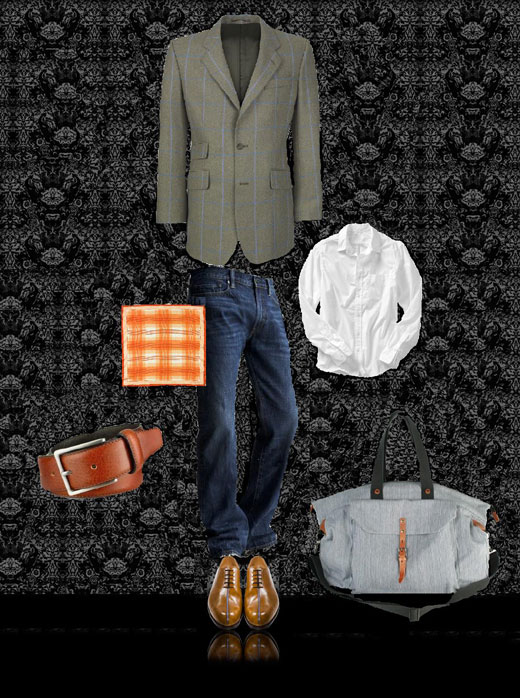 Last week on my post about Carreducker shoes someone left a comment asking if I actually liked the half-cuts I’d pictured. One of the interesting things about writing articles for Mensflair is how it forces you to bet on your own head, by putting your own sartorial assumptions on the line. Often you’re only ever able to offer a part explanation.

With regards to the question posed, my answer was an unequivocal yes. While grounded in British shoe making tradition, Carreducker’s half-cuts have a quality I often look for, namely a touch of the individual. I am by nature a conservative ‘rules’ dresser but I seek out flashes of difference to distinguish myself and my look. This need for individuality is especially important given that I can’t afford a wardrobe full of bespoke clothing.

Of course this does raise the question, when is something stylish individuality, and when is it merely difference for the sake of difference?  My view is always what constitutes style is a matter of personal taste, and it is easy to tie yourself up in knots trying to explain it. Most books fail dismally, as do all the blogs and websites. But then in many ways you’re trying to define the indefinable.

Most start with ‘the rules’ – which we men love (that and top ten lists) – and then go on to tell you how to break them. In most cases they are merely repeating everything that’s already been written in other books and as for their ‘how to break the rules’ those are themselves tired and tested rules. The next stage is to come up with a list of men who are recognised as being stylish and then explain how they did it. Of course the thing that often gets ignored is that these people achieved their renown by outraging their piers and defying convention; Fred Astaire put button down shirts with three piece suits; Agnelli did it with monochrome shirt, tie and suiting choices, ties over the top of pullovers and a watch worn over the shirt cuff. One thing is for certain though, none of them read books on style.

So, in my view the only way to judge whether something is stylish and individual is to play the game with an open mind and having learned a rule or two go with what your gut says – after all your minds eye often perceives a thing before you see it.