“I see in your morning dress you wear fixed turn-down spread collar shirts (albeit with contrast collars). I don’t understand why you insist on wearing an antique silk hat and yet don’t wear detachable wing collars? This is how morning dress is meant to be worn. I’m just saying, if you’re going to be faithful to the original fashion, why not do it properly?” 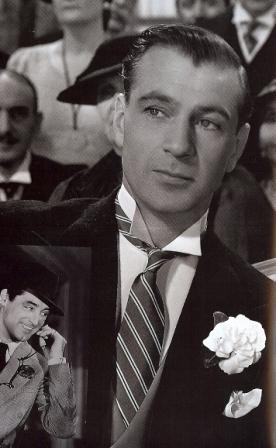 I received the above comment on my blog recently, on a post about morning dress. The central point that the commentator is making is that in morning dress, I wear what is essentially a relatively modern fashion (fixed, turn-down, spread collars) with something that is antiquated (a Victorian high silk top hat). This brings up all sorts of issues, not least that of aesthetic purism which tends to influence a number of people who believe in doing things by wholes, not halves. However, it also introduces the question of whether the wing collar, the original in the ensemble, should ever have been replaced by the turn-down which is now the ‘Debrett’s default.’

Aesthetic purism is an interesting pursuit, but is not something I necessarily crave or am obeisant to. It is, by its nature, limiting and dogmatic. “Thou shalt not” rings through its commandments; a phrase I have never been particularly fond of. Also, I think it rather unfaithful to the development of menswear to regard it so rigidly. To acknowledge one captured ‘moment in time’ only ignores the fact that past fashions were as fluid as they are today. It has never been a question of ‘what has always been’ ending; starched wing or Imperial collars of the 1880s were a complete departure from the soft shirts of the early 19th century.

My only ruler is aestheticism, whatever the era. Consciously dressing up in entirely period clothing, removing all elements of any developments in fashion, makes me think of that scene in ‘Somewhere in Time’ when Christopher Reeve destroys his time-travelling sojourn with Jane Seymour to the early twentieth century when he glances at a late twentieth century coin from his Edwardian suit. I prefer to take elements and combine them to produce something appealing rather than something ‘old’; age is the incorrect focus.

What I will say is that a detachable wing, Butterfly wing or indeed an Imperial collar would be very appealing with morning dress, and a great improvement on the modern wing collars that are flogged with rented morning dress. This is not due to the fact that ‘everything modern is wrong’ but that there is no better wing collar than a detachable one. It has an elegance due to its starched strength and, when complemented with an arched tie, tie pin, waistcoat and tailcoat, offers a very appealing profile. I can see myself, one day, trying one out, perhaps for my own nuptials – should they ever occur. However, whenever it occurs it will be through self-generated curiosity. ‘Being faithful’ to a fashion of an era has never been a particular priority of mine.