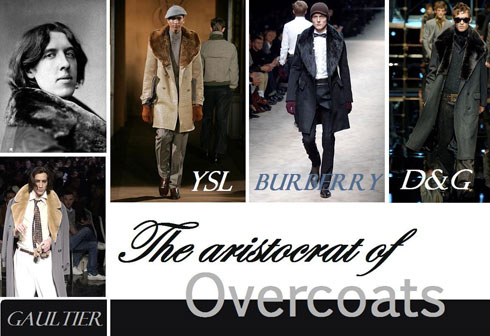 When I was once asked what I believed to be the most aristocratic overcoat, after lengthy discussion on the many types available, I countered the question with a statement; “It depends what sort of aristocrat you’re talking about.” Indeed it does. For the word, ‘aristocratic’ is in my opinion too often employed and is too far reaching in terms of modern definition to have any meaning at all. People are still intrigued by the notion of aristocracy, much as it offends the democratic principles of our modern world, but intrigue does not always develop into interest and knowledge; aristocrats are, prior to introduction, one of the most misunderstood tiers of society.

All are generally assumed to be vastly wealthy, their ancestors having made illegitimate fortunes from ‘slaving the serfs’ or using the transatlantic slave trade for their own ends. Some allegations are true, but generally speaking, aristocrats have long since lost the liquid incomes to live as they once did. A few of the grandest still retain their vast houses and art collections, but they are a dying breed who, year by year, sell off family heirlooms and land for development to pay for upkeep and staff. Their position and influence has long since faded and an average aristocrat of today is more likely to be seen wearing a ten year old Chesterfield, not at all an unremarkable coat, but a world away from the image usually conjured. However, the imagination rules over reality in this case; impersonating the crumbling aristocrat is not the goal in seeking ‘the most aristocratic overcoat’, the goal is from what I gauged, living the dream; never mind the bankrupt baronets of Brooks and Boodles, our aristocratic overcoat belongs on a member of the nob at the height of his wealth and power.

It is a coat that has in the past been favoured by notorious and flamboyant figures, such as Oscar Wilde. It eschews political correctness and minimalism and manages to appear, due to its unique feature, an item of clothing suitable for either sex. The overcoat with the fur collar (some say it is the lapels) is, without question, the one overcoat that exudes aristocratic hauteur. It is no surprise that it has been seen on the offspring of wealthy Russian oligarchs; they, after all, compete with the grand aristocrats of old for gargantuan wealth and frightening ease of expenditure. If you were to place a gentleman wearing such a coat, alongside gentlemen wearing a variety of other overcoats and you were to ask human beings as yet untouched by civilisation to identify the ‘chieftain’, my money is on the selection of the chap in the fur collar. It has a presence that seems to indicate superiority; its grandeur is unmatched.

It’s not always easy pairing this item with everyday wear, however you can give yourself a fighting chance by avoiding too much ‘body’ in your lower clothing; trousers that are too full, and shoes that are ungainly, will make the entire ensemble look heavy and overworked. As you can see in the photographs above, the Burberry example (in the middle) looks far better than the example on the far right (Dolce & Gabbana). The coats are slightly different in length but due to the tailored, svelte character of the Burberry garments, he does not drown in an excess of material. Wearing his trousers higher on his waist, instead of on his hips, also assists in the effect. I am convinced that if the Burberry model were to wear the Dolce & Gabbana coat with the same garments underneath, it would look far better on him.