One of the things I notice, in my wardrobe transition from summer to autumn, is how much ‘fuss’ I begin to add to ensembles. Summertime, for a variety of reasons, is a time for relative simplicity; a plain pocket square constituting the ‘flair.’ On the whole, the warmer months are, and long have been, a period in which I seem to prefer, quite without prior intent, to adopt the simpler items; ties of a relative plainness, cool blue and white shirts, and straightforward trousers. Items that remain dormant from May to September are generally those I consider to be too ornate; heavy stripes, paisley and gingham. Although the last of these is certainly a pattern I am not averse to seeing in the summertime – in fact, a gingham shirt with a smart linen jacket looks rather regal – for me, it has always sparked distant memories of a particularly quiet October afternoon in a café on the High Street in Oxford; when an undergraduate wandered in wearing a crisp red gingham shirt with a striking green Barbour jacket. All previous connotations were lost; the new connection had been established: warm coffee, a Barbour jacket and an Oxford autumn.

My connotations of paisley are of my mother wearing a variety of paisley scarves on our November trips to London; when we would attempt to beat the crowds in order to pick up the most vital of Christmas necessities. I associate it always with those moments; looking up at her silk trussed neck, her hot breath in the cold afternoon and the blur of the Christmas lights on Regent Street. It’s strange to possess such influential memories but there is perhaps a little logic to these self-imposed restrictions. Paisley has long been a pattern associated with countryside pursuits (men have long worn paisley ties and pocket squares to pheasant shoots) the majority of which take place well after the end of summer; likewise gingham is frequently viewed as a country pattern, especially in Tattersall fashion. In the same way that one associates certain colours with the cool splendour of an autumn afternoon, patterns have their place. 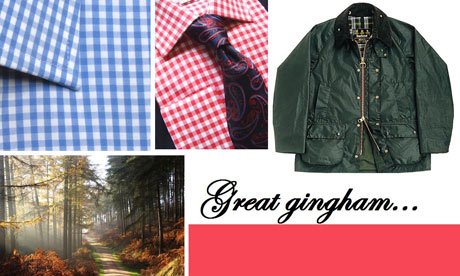 Gingham shirts are by no means out of the ordinary; most shirt shops on Jermyn Street stock a healthy number of colours, but there is a quaintness to the pattern: a distinctly pastoral charm. My favourite colours of gingham shirt are blood red, forest green and sky blue. They go exceptionally well with discreetly patterned clubby ties – think crests more than stripes – but they are also outstanding on their own with a corduroy jacket, a navy overcoat – or indeed a Barbour. 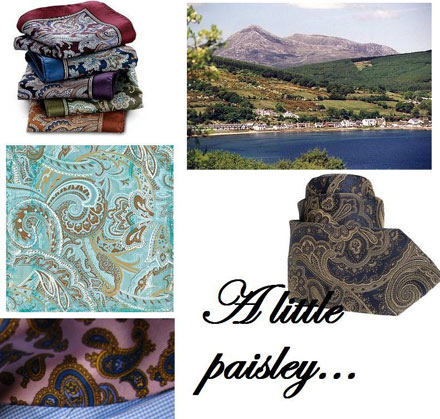 Paisley ties and pocket squares are classic items of decoration for the autumn wardrobe. And, it should be remembered, that paisley works best in small quantities; paisley waistcoats and shirts are ghastly, but a paisley scarf? Certainly acceptable. It needs bright plains to give it sufficient backing and a paisley pocket square always works very well as an ‘odd’ item; i.e. one which does not colour match another item in the ensemble, particularly a tie. Avoid the psychedelic sixties and seventies relics. 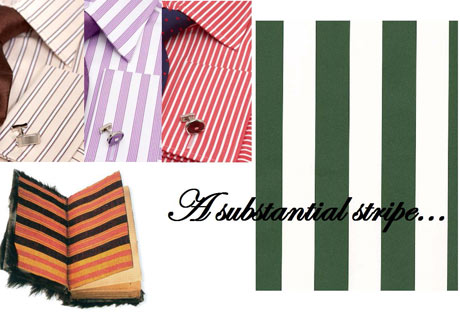 I possess a heavy green striped shirt that I once tried to wear in springtime. Alas it was far too serious and claustrophobic at that fresh time of year; the thick stripes made me think of enclosed rooms and book bindings when I was dreaming of plump white clouds and dew drenched petals. At this turn of the season, it feels appropriate to wear it, perhaps with a chocolate corduroy jacket and a Bordeaux houndstooth tie, because of, and not in spite of, these associations.