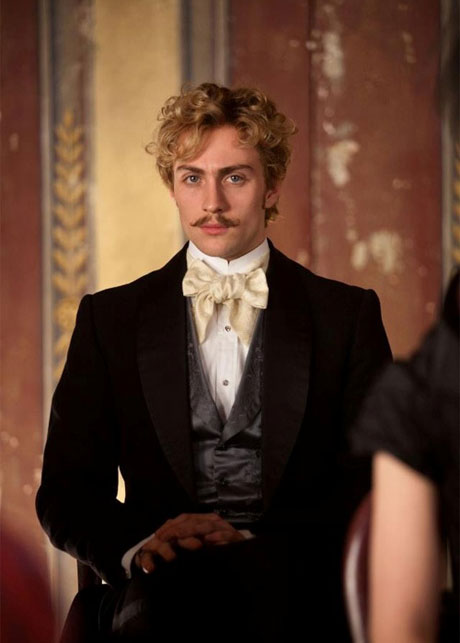 A period piece or a fantasy film. That’s what you need to make if you want to win an Academy award for best costume design these days. 2013’s nominees comprise an 18th century musical, two 19th century dramas and two takes on the legend of Snow White.

“Of course” some might be thinking “you’re not going to win any prizes for dressing the cast in hoodies and trainers.” However, it says a considerable amount about the kind of world we live in when attire that can no longer be regarded as fashion is the only thing worth rewarding for sartorial creativity.

Of course, there are different spins on this.

The positive spin is that fantasy and period films are far more reliant on the creation of an aesthetic and atmosphere – a key part of which is an accurately sourced, and finely conceived, wardrobe. It says something that period and fantasy films are now so lushly produced that each major production is fully entitled to expect that displaying beautiful high definition renderings of past costume or outrageous couture should come with, at the very least, a nomination.

The negative spin is that costume and fashion are now so divergent that we only award what we wish we could wear, rather than what we do wear. The sad other-worldliness of theatrical costume is also reflected in the absurdity of ‘high-fashion’ – a parade of irrelevant, unwearable conceits that are uncomfortably closer to art (or an attempt of it) than what we should or could wear.

Back in the golden days of Hollywood, in the time of Charles LeMaire, Irene Sharaff and the great Edith Head, costume design was not the reserve of sartorial historians. Yes, the period pieces were awarded – the sandals-and-toga flicks like Samson and Delilah and Ben Hur – but there were a great number of honoured films set, sartorially, in the then ‘present day’: All About Eve, An American In Paris, Roman Holiday, West Side Story and La Dolce Vita all received the gong.

As the golden age ends, you can see the declining appeal of the present day. The domination of the fantasy and period films, which had always threatened due to their presence in the nominations, begins in the 1970s and carries on throughout the 1980s and 1990s. This is, plainly, a complete rejection of screen fashion’s potential. Whereas once, people would flock to see Garbo, Monroe and Hepburn wearing the ‘next big thing’, we now wallow in the beauty of the past or an unrealised world.

The great sadness of this is that ‘practical creativity’ in present-day costuming – developing and furthering present-day fashion design using the silver screen – has gone.