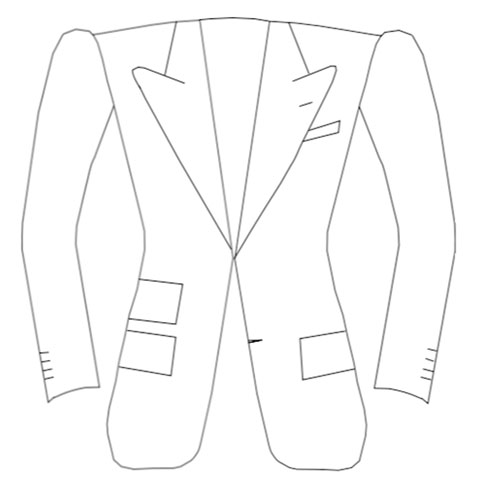 There are things I utterly love about the bespoke clothing ‘experience’ and there are also areas which think leave a lot of room to be desired. A throbbing, temple-grindingly painful example of the latter category is service. The naïve amongst us might imagine that, given the cost involved, the level of service that customers receive from bespoke artisans would be far superior to that proffered by the sartorial sirens in the oh-so chic, bijou-till-it-hurts boutiques (you know, the sort of shop that unselfconsciously claims to ‘curate’ its merchandise). Certainly, you would expect the bespoke experience to be better than the treatment we receive at the hands of the obsequious and effete young chaps – as eager to please as they are lacking in individual style and opinion – so favoured by the major luxury goods houses for their flagship stores. But you’d be wrong – kind of.

Let us start with what’s right about the bespoke experience.  It is the absolute antithesis of the luxury goods brands’ anonymous and coolly detached emporia. The workshop or shop looks like a real person works in it with evidence of their presence and trade present in the objects and ephemera scattered around the (usually untidy) room. When you meet your tailor or shoemaker he (maybe she, but not often) will shake your hand and introduce himself. He or she will not be wearing a name badge and, after a visit or two, you will probably have built up a pretty decent relationship with the person whose hands provide the conduit through which your designs will be brought to life.

You can rely on your artisan’s honesty, too, when asking for an opinion on this or that: with a mountain of experience and no incentive to push a particular style they will be able to honestly appraise the way something looks on you, helping to both improve the end product and harmonise the way you view yourself and the way others do. It is also a real learning experience; assuming that, like me, you are fascinated by the finely honed skill that these superb craftsman utilise in order to produce what seems a very simple garment, you will enjoy getting to know your tailor and learning from them – equally, it is not unlikely that they will enjoy explaining what they do to a eager pupil. Finally, if you want to think in terms of value, you are not (at least for with most tailors) subsidising marketing campaigns and flash stores at the expense of quality clothes and, of course, you can keep modifying and tweaking your product until it more closely resembles the image you had in your head: the aftercare service is peerless.

Sounds great. So why am I whining? Is it because these old-world craftsmen can be a touch rude or standoffish, at first blush? I can see how that would bother some people who have a certain preconception of the customer-salesman role but it does not keep me awake at night. Would I perhaps prefer a more salubrious showroom, with complimentary drinks and a plush leather couch on which to sit my now handsomely attired derriere? Well, perhaps; but I can well see the benefit of going without as I described above when discussing value. The real problem is the refusal of some artisans to deviate from their time-proven methods in order to create exactly what the client wants.

This is the very definition of bespoke and the primary characteristic which allows bespoke to soar mightily above ready-to-wear and, like a disrespectful pigeon, relieve itself upon its poorer relative from a great height: you can create exactly what you want, however weird, wacky, or idiosyncratic that may be. Yet, in practice, this is often not really the case. Often a tailor will refuse to play with convention or genuinely put his skill to the test by cutting a daring shape or marrying one feature with another in such a way that requires a touch of daring and a good dollop of artistic sensibility to pull it off correctly. In some (admittedly rare) cases, I have had a tailor tell me something is flat-out impossible to do – something as simple as slimming the arms on a suit whilst still having broad shoulders, for example.

I have some sympathy for the tailor who knows that something his client has requested will look ridiculous on him; anyone who has seen some of the bespoke monstrosities lauded on certain internet fora by their proud owners will attest to the fact that bespoke does not always look better. The thing is, though; I think these people are great. One of the main things I like to see in other people, as far as dressing goes, is them enjoying themselves; that is feeling good about how they look in what they are wearing and, perhaps, using their clothes to express their personality in some subtle way or another. Anyone who fulfils these two criteria is, in my humble opinion, far more interesting an aesthetic artefact than someone trendily attired in the latest Prada suit (even if my personal taste were to err more on the side of the latter than the suit they had commissioned).

I quite understand that there is a tried-and-tested formula which works pretty well for most suits and would not like to see this bastardised or mutate too deviously but I also recognise that the vast majority of the suits flooding out of the London tailor shops are almost identical in style, covering only a minute corner of the overall spectrum, and this is boring and lazy. It is not what bespoke should be. Suits can respect certain fundamental rules whilst still being interesting and individual: consider that a book such as Musgrave’s Sharp Suits fills over a hundred pages with attractive and diverse images of attractive and diverse suits. Going bespoke affords us a lot of possibilities and what annoys me most is that so few customers take advantage of this and that so few tailors truly encourage them to do so and this is something that I would argue should be intrinsic to the service.

I suppose it would be disingenuous of me to suggest that the bespoke industry’s level of service is anything other than better than that of ready-to-wear but, like a smart schoolboy whose natural ability allows him to keep pace with his peers without effort, it needs to be encouraged to take strides forward and not rest upon its laurels so that it can truly differentiate itself and offer us something really special – we all complain about how few people partronise the tailoring houses these days and here is a way to ensure that the numbers do not dwindle further.