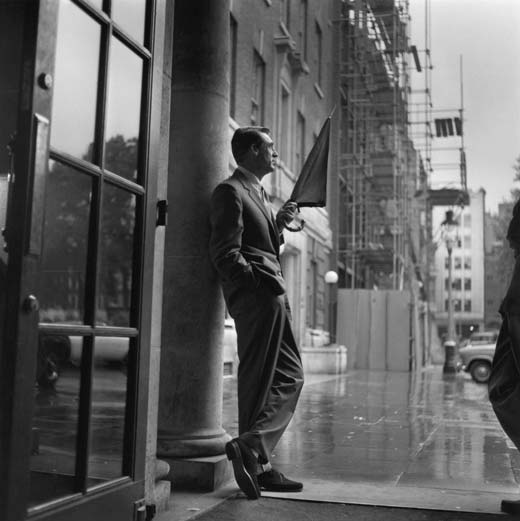 “Dressed up in a gown that trails on the floor
In a picture hat that your mother wore
Living in a world that you never saw
My little lady make believe.”

I heard Al Bowlly sweetly croon these words as I sat looking out of the window on a grey and rainy Sunday; an ideal hour for low lamps and sentimental music. It reminded me of something my mother had always said to me; “You were born too late.”

Anyone who knows me well enough knows that I long for the ‘world I never saw.’ I am utterly obsessed with history and, it is fair to say, somewhat dismissive of the present. Not only that, I bore scores of people with rants about how much better everything was ‘back in the good old days.’ Train carriages are a classic prompt for a diatribe about the decline of aesthetics. As are ‘Then and now’ pictures in hotel lobbies, visits to historic houses, photographs of early twentieth century life and, particularly, trawls through archives of fashion.

However, as pleasant as this opiate escapism is, I do often think that in my comfortable and relatively worry-free existence I should try and focus on the value of being able to contribute to today. After all, finding contemporary life distasteful is by no means unique or original. Some Victorians found their existence intolerable as the pace of change was so upsetting; quiet towns and villages rapidly added railway stations, factories and row upon row of new housing. ‘Industrial progress’ roared through Britain’s bucolic beauty. Queen Victoria, apparently one of the worst to adjust, complained about everything from fashion to factories, museums to motor cars. The Arts & Crafts movement at the end of her reign was largely a protest against relentless modernisation and industrialisation.

I always find it ludicrous that futuristic films homogenise people in such a predictable Orwellian manner. I personally think that humans, particularly when it comes to lifestyle and fashion, are becoming more, not less, individual. There are the crowd-followers of course, the people who just ‘go along with it’, but, as the last year or two has illustrated, the protestors are growing in stature. The Chap’s organised protest on Savile Row against the Abercrombie & Fitch brand was a classic illustration of the gulf between the compliant and the rebellious. Parents of Abercrombie teens must have been struck dumb by the sight of three-pieced ‘chaps’ with pipes and bismarck moustaches, insisting that the brand their little Timmy loves is the very devil and that they are not welcome on the ‘sacred ground’ of the Row.

For all it’s caricature and humour, ‘chappism’ is rebellion. It is rejection of modernity in the same way that Arts & Crafts was a rejection of Victorian industrialisation. However, as unimpressed as I am by many things in our modern world, I have never been interested in ‘movements.’ They are invariably restrictive. Also, the idea of holding myself to exist in a ‘world I never saw’ is like taking up a drug habit; you start by enjoying it, you end by needing it. Everything else around you becomes worthless, even abhorrent. You care about nothing else and serve only to protect your fragile existence. Such was the fate of William Waldorf Astor who, cursed with biblical wealth, ended his days cultivating a detached and reclusive existence at Hever Castle, pretending he was living in the age of the Tudors, having largely given up on the world of his time.

‘Giving up’ is tantamount to death. We all like to pretend now and then, as a ‘holiday from the horrors’, but it is certainly not healthy to retreat to former worlds entirely, forsaking the present and all it offers.