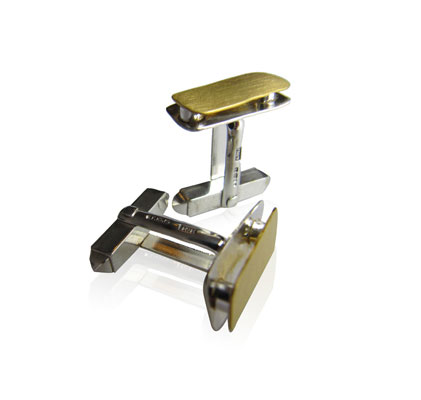 If there’s one thing I’ve learned from my years of acquiring attire and accessories it’s that my desire for personalisation has matured from being simply a fun distraction to a rather serious and utterly essential requirement. It’s not just about replacing cheap buttons; it’s about using raw material, a base product, to create something individual, and there is so much pleasure in taking something ordinary, and making something ‘different.’

Unfortunately, there are some things which are impossible to alter. The delicately named ‘gentlemen’s jewellery’ category of goods is particularly relevant here.

It’s rather incredible. You can add antique ivory buttons to a seersucker jacket, you can re-band a trilby in moire silk or even re-patina shoes the colour of Malachite, giving them a new lease of life and an entirely new, Oz-like character.  But once you’ve bought a pair of silver cuff links or a metal and enamel tie-clip, there’s not much personalisation you can undertake that won’t look amateurish or hideous – or, in most cases, both.

In some instances, being an alterations-addict isn’t wise. In such cases, it’s best to leave it to the experts, those who actually possess the required skills to make something for you that you can wear with the satisfaction of it being a unique design; the alchemic artisans who can turn a porcupine’s quill into a tie-clip.

Maya Magal is one such artisan. 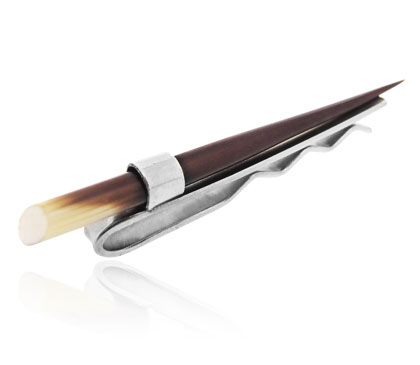 Based in the heart of Hatton Garden, London’s famous jewellery district, Magal produces, entirely by hand, some of the most unique and extraordinary male jewellery that is currently offered for sale, the crowning glory of which is surely the spectacular porcupine quill tie-clip, which is available in both sterling silver and 18 ct gold plate. Made from genuine porcupine quill, this rather singular item is emblematic of Magal’s approach to jewellery design; an approach which is to be welcomed in a world where ten-to-the-dozen ceramic frogs are sold as cufflinks in London’s smartest arcades.

The thing about jewellery is that you don’t want it to be generic; you want it to be personal. Jewellery has, historically, been an identifier of many things, most notably wealth, but it has also been used to identify with personalities and human individuality, which is why rarer jewellery, not just rarer jewels, are sought after. It’s all very well having ‘finely made’ links, but if 100 other men at the soiree are securing their cuffs in exactly the same way as you, it ceases to be jewellery and becomes merely an ‘accessory’ – a pedestrian, utilitarian tool. 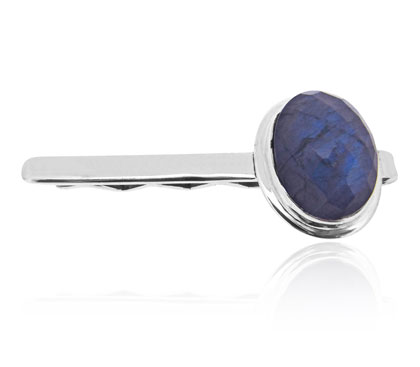 There’s something solidly smoky about Magal’s unusual designs. They are reassuringly masculine, heavy and significant. You can imagine nattily-dressed gangsters-of-old slipping on the Labradorite tie-clip or Jay Gatsby fumbling under the gaze of TJ Eckleburg with the distinctly Deco Golden Runway links. They have a presence and weighty character and, above all, no one could ever consider them remotely feminine.

As a true artisan jeweller, Magal also works on commission, collaborating with customers on bespoke pieces. Using precious and semi-precious gemstones sourced from around the world, often rough-cut with natural finishes, and set in sterling silver or 18ct gold-plate, the possibilities are nigh-on endless for co-creating the kind of bespoke male jewellery that will not only set you apart from, but set you above the masses.