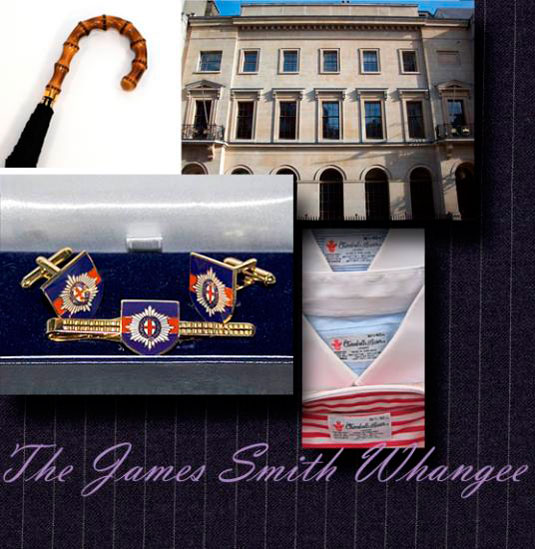 “Hey, it’s John Steed!” cries the cabbie gleefully as the James Smith Whangee man climbs into the back seat. Forcing a smile, he cheerily requests his office address, hiding his disdain for a world that increasingly mocks elegance by persistent association with theatrical characters and costume. A self-described ‘old-fashioned’ banker – wealthy private clients, wig-and-quill-pen offices – he is rarely seen in anything other than pinstripes, black brogues and club stripe ties. A one-time guardsman, he stumbled into his career at the 17th century bank after his wife was invited to open an account by the scrum half from his school’s first XV – a back-slap or two later, he found himself behind a mahogany desk on the blower to a Marquess. Fond of Turnbull & Asser shirts and guards cufflinks from Benson & Clegg, the only time he is seen without his bamboo handled brolly is indoors. 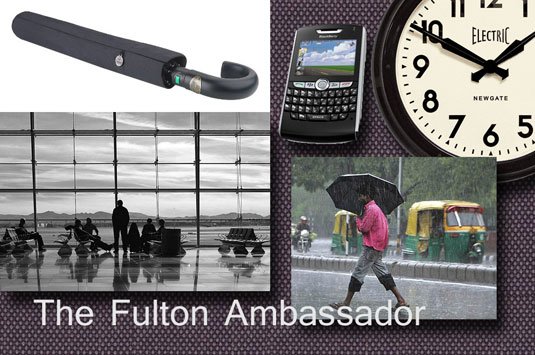 The Fulton Ambassador man is always in a hurry. His plane is always leaving, his car is always late; he has no time for browsing and no time for duty free. His Odyssean business trip is a never-ending series of lounges, hotels, telephones, Blackberries, midnight-typing, taxis, credit cards and dry cleaners. As he waltzes the dizzying waltz of corporate gain, he has no time to contemplate his lack of contemplation; he spies the Fulton Ambassador, recognising the green-leaf logo before noticing the clock, realising he has precisely two minutes before boarding for Mumbai where the rains (according to report) continue to fall. Packable, strong and black; a thirty second choice is made and, after stuffing it into his hold luggage next to his Macbook he dashes for the gate. 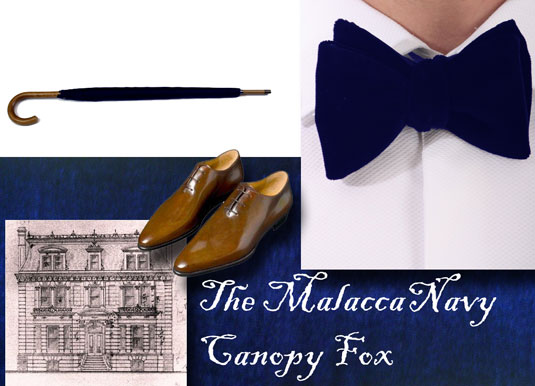 The Malacca Navy Canopy Fox man, an effete residential architect with a penchant for building overgrown and excessively haberdashed replicas of Victorian railway cottages, doesn’t own anything black. His shoes are grey, brown or blue – he adores Berluti – and he was very particular in that his splendid Malacca Fox umbrella had a navy blue and not a black canopy. To him, black is an unseemly and lazy tone too often used and too often seen; “Colours are life” he opines “black is merely death.” The most interesting demonstration of his non-black belief was at a black tie function at the Banqueting House on Whitehall. Before he arrived, colleagues speculated on his attire with more than a few betting on a garish white cruise tuxedo. Smiles were wiped from faces, replaced by open-mouthed shock as he climbed out of a cab clutching his trusty Fox brolly in a splendid navy velvet three-piece suit with a matching velvet bow. 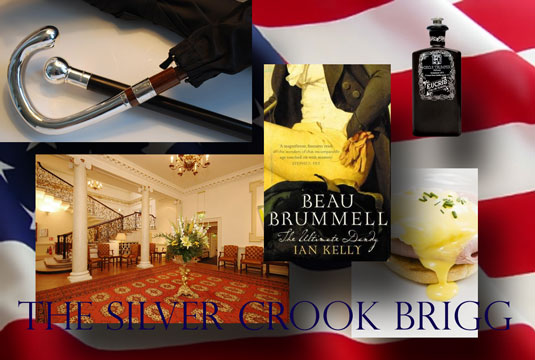 An American in London can often be more English than the English. The Silver Crook Brigg man is of this creed. Having sold his successful spread-betting company before the recession, he now cultivates his first love; the aimless existence of an historic London gentleman. He devours biographies on Brummell and Prinny, collects Dickens first editions, breakfasts at his club (the Royal Over-Seas League may not be White’s but it’s a start) buys fragrance from Trumpers and attends philanthropic soirees at the V&A museum. He bought his Brigg after asking a fellow member of his club, rather loudly over his Eggs Benedict, what umbrella Prince Charles owned. On the same trip he rather excitedly purchased a Lock homburg and ordered himself a pair of Lobb dress boots to add to his already bursting collection of Anglophilia.