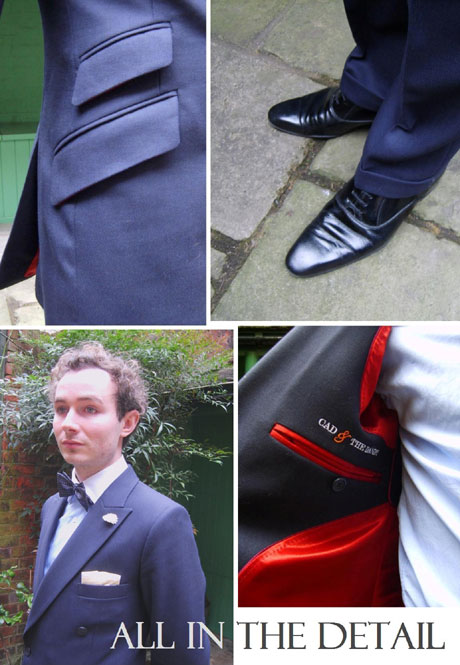 “Your suit is now in” were the words; from that point, my anticipation was that of a debutante attending her first ball; excitement and wonder in equal measure. It had been some weeks since my fitting, at which I had been questioned, measured and analysed – and at which I had made selections, um’d and ah’d (albeit briefly) and visualised the perfect suit of my imagination. Regular readers will be aware that my first encounter with Cad & The Dandy had been in January. I had a pleasurable experience with the genial, determined and passionate co-founders Ian and James. Since that day, my suit had been through the same process that many Cad & The Dandy suits had been through – through the turmoil of January and February, the unexpected snowfalls, the not-so-unexpected Dow falls, a tailor had been cutting and sewing my cloth. In many ways, it would be interesting to offer an insight into this in-between period; to shine a flashlight into the tailors world. However, part of the Cad & The Dandy experience is learning that essentially, tailoring is about trust.

It is perhaps apropos in these times of cynicism that there should be such beacons of sanguinity; James handles and comments on their burgeoning collection of fabrics as an enthusiast and not a tradesman. This approach is remarkably reassuring. It is a much more intimate experience to entrust a fabric choice with like-minded fellows who then entrust their business with yet more like-minded fellows – the continuity is satisfying.  Almost as satisfying as the glorious weight that I held in my hands when first presented with the blue double breasted suit I had been measured for. When I put it on, it was clear to me that this was quite simply the best suit that had ever been secured around my slender frame. 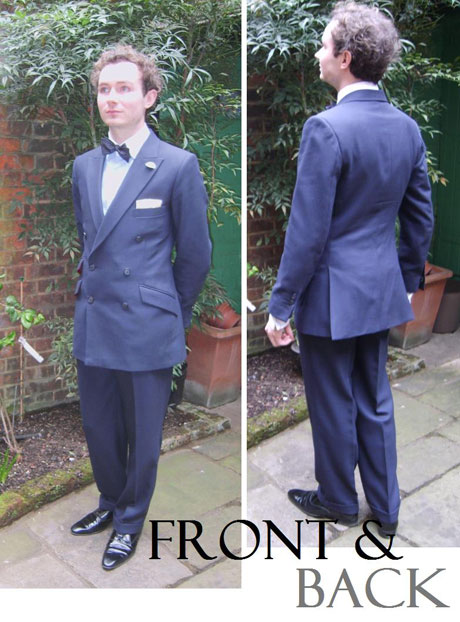 The trousers are perfect. I opted for double pleats and cuffs; not because this is the conventionally correct style of trousers to wear with a double breasted jacket but because this is the best aesthetic, in my view, for the pair. “We get a lot of comments on our trousers” James remarked when I voiced my satisfaction. Unlike the rest of the double pleat trousers in my collection, the excess material at the back beneath my rump has been disposed with; a much more elegant finish that compliments my thin form.

The jacket at the first fitting was very well fitted on the whole, although some adjustment was needed because of some fabric ‘rucking’ that occurred when I fastened the buttons. Unlike most of the off-the-rack double breasted jackets I have tried, this jacket actually surrounded my torso in a flattering fashion and is completely devoid of that awkward and objectionable boxyness that accompanies the ready to wear option. I should have expected as much, considering I had been measured for the suit to fit me and not a generic person of my size, but it was still thrilling to turn in the mirror and admire that, from any angle, the fabric surrounded my form perfectly – unpinned – and could not have been bettered except for that one slight adjustment.

I opted for slanting pockets and an additional ticket pocket, both unusual on double breasted suits, as I considered that slanting pockets better compliment the fitted fashion of this particular suit. They also appealed as they are a little bit ‘different’ and stepping away from convention is part of the amusement and, for me, part of the purpose of made to measure clothing. It should go beyond the initial thought to purchase a suit that fits; the choices available mean that, to an extent, the only barrier to a suit of complete uniqueness is your own imagination and creativity. Choosing an interesting lining, or perhaps a peaked collar, or even an unconventional number of kissing cuff buttons is not only an entertaining process, but a collection of carefully considered additions that make the garment the splendid piece it is.