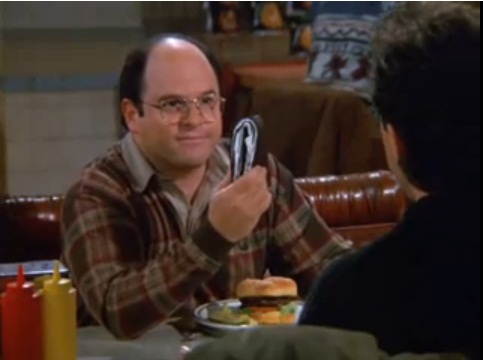 Women, in the States at least, are blessed with the functional advantage of it being socially acceptable to carry a handbag. Now that’s not to say I haven’t been known from time to time to take a small briefcase places where business is the last thing on my mind, but there you have it. Generally when most gents leave the house, they need some combination of phone, cards, cash, and keys. Other paraphernalia for a leisurely life, such as pens, notepads, cigarettes, lighters, &c. are a whole other can of worms, so let’s stick to the basics for now.

Most guys carry around a leather billfold they’ve had for years, have beat to hell, and would part with sooner than their first-born child. For most men though, this once slim contraption is the size of a cornerstone. Unless anxieties concerning the structural integrity of buildings and your possible obligation to aid in such a crisis at a moment’s notice are a daily problem, loose the brick. I’m not suggesting we throw the billfold out the window altogether, rather I’m simply suggesting that no pair of trousers, no jacket, and not anything else for that matter, looks more elegant when you drop a 5 pound weight in it.

Personally, I’m a big fan of the cardholder/money clip tag-team. A nice, slim cardholder keeps a credit card, debit card, identification, and a business card or two safe and sound with room to spare. When I suggested to my father that he slim down his cash-clod, he wanted to know what to do with all the gift-cards, membership cards, and other accessories of modern plastic-mania. It’s pretty simple really: if you’re going to someplace that needs those things, pull them out of a small file-box and put them in your wallet. If you don’t need them, don’t carry them. Ostensibly, you might need any number of things at any given moment, but you don’t take a screwdriver to dinner, do you? Augment that with a money clip, one of the most simple devices in a gent’s arsenal. Literally a piece of metal that holds money together. Simple.

Keys and phones are a bit more complicated. I, presumably like most people, hate getting jabbed in the thigh or chest with a key when I move funny. Most of the major luxury brands make a little zip pouch with clips to keep your keys in, but I must confess the jabbing hasn’t gotten that bad yet. Yet.

Generally, if I don’t have sharp keys in the pocket also, I just take my phone as it is. Rubber bumpers and plastic monstrosities just make the biggest, heaviest thing in your pocket even heavier. And yes, that big heavy mess is just a few ounces. I know. Otherwise, I have a thin, cloth slipcase just to prevent scratches. Less bulk and better lines. Can’t complain about that, can you?