“Immediately.” That is the answer to Barima’s question which he proffered upon reading my piece on stripe stereotypes. I hadn’t planned to write something on the subject he was suggesting so soon, but I am a firm believer that things are better and far more satisfying in pairs; no one would wish to be the owner of a sadly single and yet singularly splendid patent shoe.

And of course if there will be discussion of shirt patterning, there must be discussion of checks. For it is the case that checks have as much if not more relevance than stripes for the gentleman of today. Why is this? Well, it is simply that checked shirts are far more prevalent than they used to be and dare I say, far more popular.

The irony of a checked shirt is that the wearer might purchase for superficial individuality whereas in reality, the heritage of a check lies with a man’s identification with a group and a purpose. Tartan became a popular fabric with Sir Walter Scott’s clever diplomacy; a fabric forever identified with all Scots, of both High and Lowlands, despite the fact that the peoples of the latter had little to do with the pattern at all. Further Anglicisation of the Celtic fabric led to large numbers of Victorians wearing check trousers with morning coats – something even the Beau cannot have envisaged.

However, to check a trouser is one thing, but to check a shirt is another. Until quite recently, plain white was the monopoly tone in terms of smart clothing. Checked shirts were worn in the country with tweeds, or they were worn by labourers who wore mixed colour shirts to conceal the sweat, dirt and grease.

Gentlemen of the metropolis would certainly not choose any checked fabric. The breakaway from this stiff formality of perpetual ivory was to wear white collars with coloured shirts. At first the shirts were modestly coloured – calm blues and subtle stripes – but the licence had been given; experimentation was inevitable. There are now thousands of checked shirts acceptable for wear in a smart and even formal situation.

Checked shirts have, in recent years, taken over as the ’trend’ for the City; a banker in 1912 would have worn a bowler, a dark morning coat, spongebag trousers a sober tie and, importantly, a white shirt. In 2008 he is far more likely to wear, though a dark suit and sober tie, a natty checked shirt. And like the stripes, the check he enjoys to wear will say a lot about him. 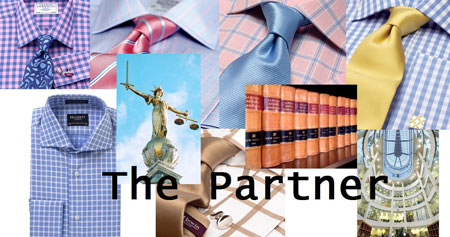 The Partner has been at his Magic Circle firm for 13 years. He was one of the more colourful and interesting of the graduate trainees he joined with and his love of theatrical patterns has not altered over the years.

He wears checked shirts almost exclusively; even at the firm’s Christmas function he could be spotted, charming the young female associates in a subtle black and white check evening shirt. Though generally genial, his bad temper, caused by a rivalry with his Gonville & Caius room mate who now works at Goldman Sachs, is down to the fact that said room mate frequently gloats via monthly email on his astronomical financial success. The Partner, though he works equally long hours, gets a mere fraction of the remuneration.

On the more gloomy days when such clouds of despair and envy hang over him, he stays away from his characteristically playful colours and wallows conservatively in a blue gingham check. 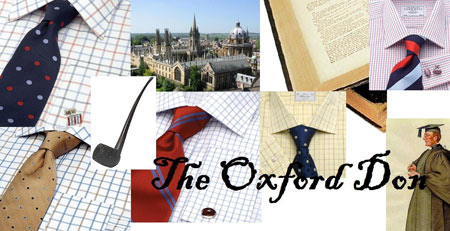 The Oxford Don is a rare beast these days. The faculty has been ‘freshening up’; younger staff, American staff, are all the rage at this venerable seat of learning. The wizened and pale Don stumbles through Radcliffe Square as a point of comfort; the grand buildings are the only faithful companions he has left, the only friends of youth still standing.

His checks are conservative and sensible, reflecting his fireside-reading-knowledge of town and country-town standards; tweeds and checks in Oxford are a traditional uniform. Often called into London to lecture, the Don prefers to decline such visits on the basis that London is too far removed from the metropolis he once knew. He prefers Oxford’s beauty and memories and even favours purchasing from the local shirt retailers on High and Turl Streets. 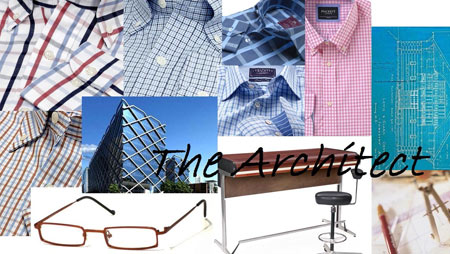 The Architect is tremendously busy and far too important to wear a tie. He likes checked shirts for the mathematics and the colour variation; plain shirts are a blank sheet of paper, the result of a designer without a brain. He wears them simply, top button undone with a moleskin jacket and a pair of cords.

While hardly considered chic, his mighty range of shirts are certainly well made and economically sensible – rather like his buildings. The majority are buttoned down – “It’s more practical” – and when meeting clients he ‘smartens’ himself up by, curiously, buttoning the top button. A rival architect in Japan had done precisely the same thing and secured the contract – he has never taken such a risk since.