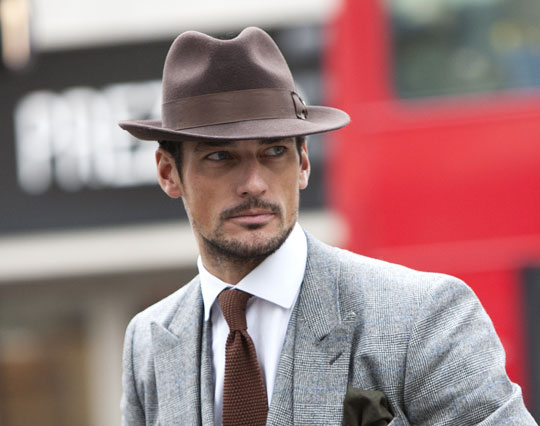 It must be hard being David Gandy. Not only is the British male model the most in-demand in the men’s fashion industry, he’s also one of the most-gushed about guys in the glossy weekly mags, propelling him from beautiful anonymity to bona fide celebrity status.

He’s seen at premieres, openings, soirees and on primetime chat shows; the kind of rarefied world your average clotheshorse never gets near. Brand Gandy is well and truly under steam and, given he’s only 33, it would seem that it has plenty of track left to run.

“What are you talking about, ‘hard’?” I hear you protest “Life would be a lot easier if I looked like him!”

Of course it would be easier, in some respects. People would smile at you more, flirt with you more, sleep with you more and indulge you more. You’d be invited to parties, everyone would tell you how good you looked – all the time. In fact, you’d be confident, at most gatherings, of being the best looking bloke in the whole room.

However, these are only consolations. One of the big problems a high-profile, successful male model has is being taken seriously. Not in terms of modeling; there’s nothing serious about that at all. Modeling is just grown-up dressing up and mucking about. The problem is in being taken seriously in other fields, even if they are related to modeling.

David Gandy has developed from being a simple bod-for-shots to a fashion spokesperson, brand representative and relatively daring dresser. He’s also seemingly quite keen to enhance this profile publicly and using his assets to develop a brand for his future: “I’m a fan of Brand Beckham” he once said in an interview “He’s done incredibly well.” 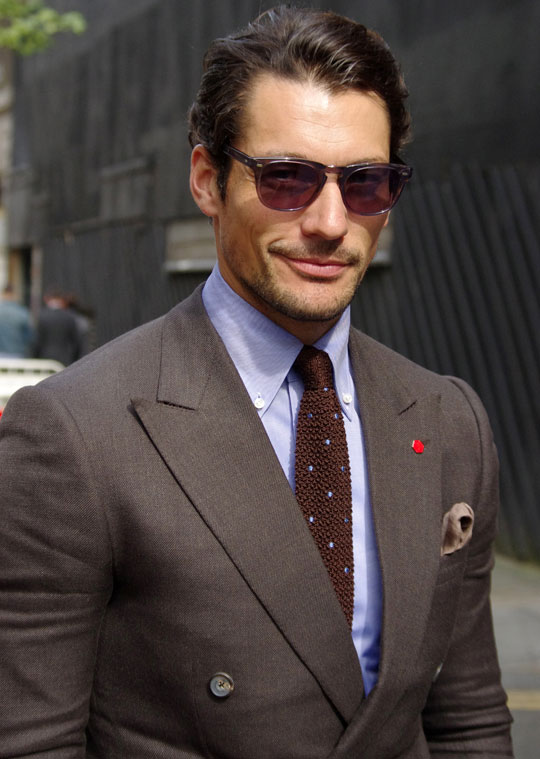 Possibly due to his exposure to high-end fashion, Gandy is no slouch when it comes to matters sartorial. Whereas most physically attractive celebrities exasperate with their inability to conjure any elegance in their expensively assembled attire (read: Brad Pitt), Gandy looks at home in it and owns his own style.

When shooting, models have little to no control over what they wear. They are expected to follow commands and simply look good in the clothes for the camera. Gandy is one model who actually dresses in a fashion commensurate with the standards of a photoshoot. It is interesting, and rather encouraging, to see that he dresses in DB waistcoats, tucks his cardigan in, wears odd trousers, trilbies and patterned silk squares because he wants to, not because he has to. 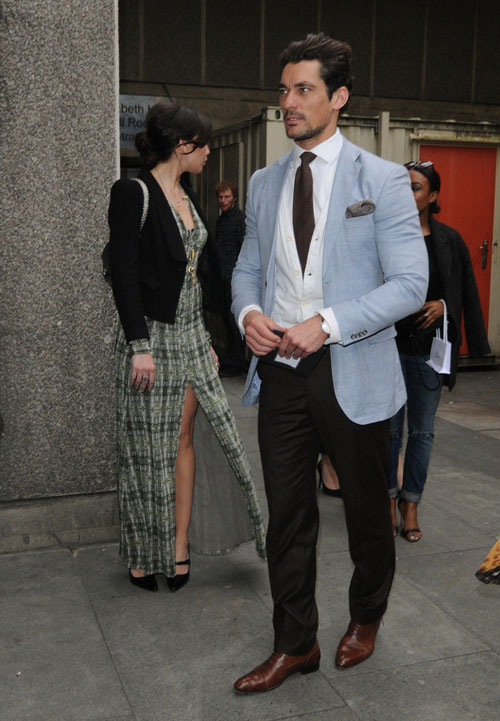 And one of the major reasons why it is so encouraging is that this style of clothing has few cheerleaders of great sexual appeal, and I am certain it has had, and will continue to have, an affect on the way womenfolk perceive men. 5 or 6 years ago women thought I was an eccentric homosexual; half a decade later, I am a wink-worthy dapper gent. The more that men like Gandy, Beckham et al are photographed grinning in looks derived from classic British tailoring, the more the rest of us can enjoy the fact that this most reliable and distinguished style of clothing is finally being appreciated in the proper manner.