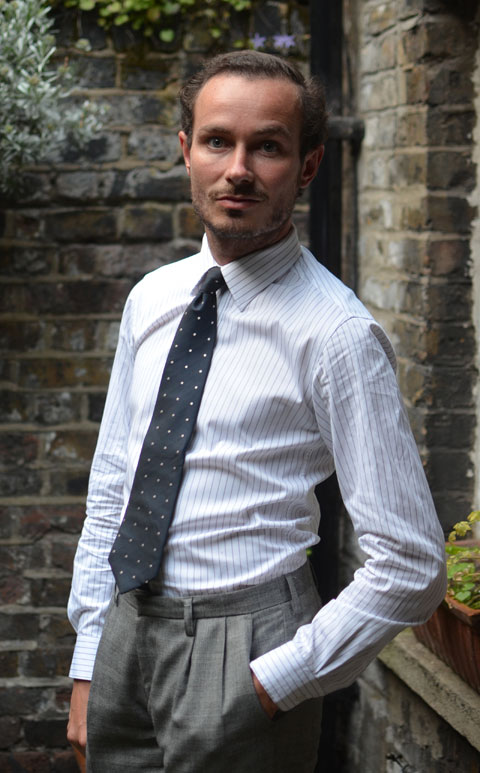 They say that all good things must come to an end.

And so, sadly, ends my patronage of TM Lewin, the Jermyn Street shirtmaker. Once a consistent and aggressive promoter of their poplin, I have been so disappointed with the quality of their product recently that I haven’t been inclined to even browse idly in their stores.

“What can you expect for £20-30 a shirt?” the Pinkers, Turnbullers and Hilditchers chuckle in smug satisfaction.

Quite a lot, actually – a few years ago, at least.

It’s fair to say that the golden era of bargain Jermyn Street shirts is on the wane. Only Charles Tyrwhitt (and to a lesser extent Hawes & Curtis) still regularly offer beautifully soft cotton formal shirts with well-constructed collars for under £30. Lewin, once the king of value, now sell poplin shirts that feel like greaseproof kitchen paper.

Feeling generally dismayed with the decline of this bonanza, I was intrigued by the offer to try a shirt and tie from a company called Combatant Gentlemen, a US based enterprise that seemed to offer a variety of inexpensive sartorial solutions from shirts and ties to knitwear and suits.

With most of their shirts priced between $30 and $45, I was convinced that there must be some kind of catch; the cotton must be inferior or the shirts must be off in terms of fit.

Similarly the Combatant Gentlemen ties, which go for around $14 to $16 and are apparently constructed of 100% silk, seemed to undermine all I had been given to understand about the sub-$20 necktie.

The reality is that both products exceed expectations.

The shirt has a classic, non-cutaway collar and a soft, brushed feel. Having been concerned by the artificial touch of English shirts at a similar price point I was delighted by it’s smoothness. Apparently, the fabrics for Combatant Gentlemen shirts are sourced in Italy and are then shipped to China to be made. 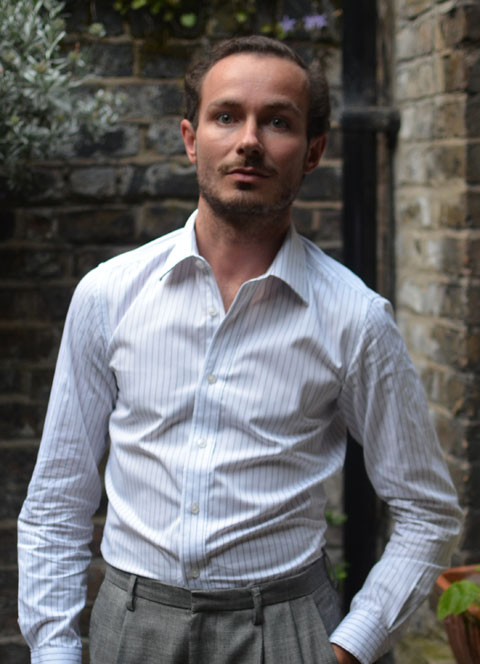 The fit was also of a higher standard than anticipated; fitting snugly around the shoulders and arms and cutting tightly in the waist, the Slim Fit of the shirt is even slimmer than English shirts. And, given the soft feel of the fabric, it is a pleasure to have close to the skin. “Finally!” I thought,  “Here is something that tops the declining Jermyn Street bazaar!”

The tie, playfully called ‘Let’s Polka!’ I chose for its wide-spaced Deco charm; such ties are marvellously wearable with almost any suit or shirt pattern and colour and I have been particularly excited recently by the potential efficiency of accessories.  Though listed as ‘black’ it is in fact a midnight blue, which I actually prefer as it pairs better with navy and grey suits. The feel in the hand is of a tie three times the price; the dots are woven into a smart, matte silk and it has a hard, craft-like feel. The dot spacing isn’t absolutely perfect but then I don’t mind this. I had expected something which felt like a Tie Rack bottom-of-the-bin but it has such a crisp quality, I still can’t believe it retails, non-promotionally, at $16. 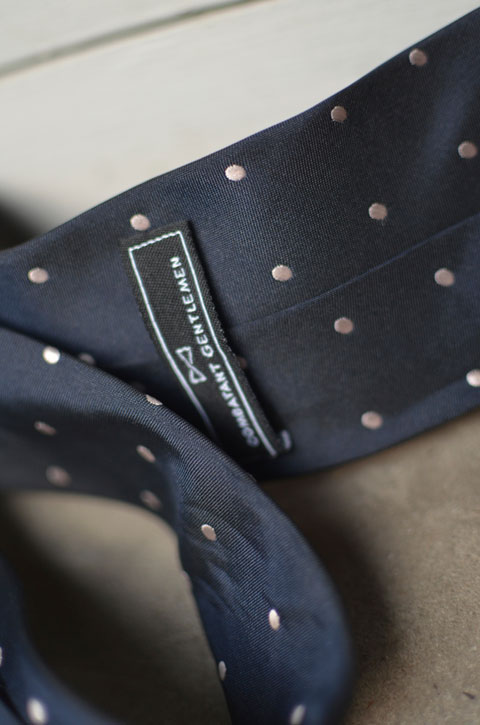 There are also some silk knit ties that reminded me of the selection at Uniqlo.

But then I remembered that Uniqlo’s ties are Polyester. And more expensive.

Combatant Gentlemen was only founded a couple of years ago; as a darn good thing, it has, rather fortunately, a hell of a long way to go till the end.