Choosing and Wearing a Bow Tie 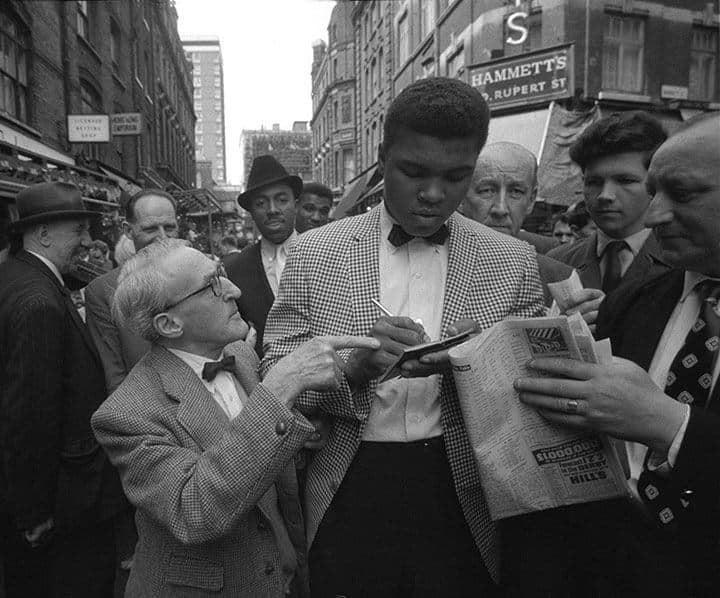 If there was ever a misunderstood item of male clothing, then the bow tie is that item. Perceived as an accessory appropriate for mockery, relegated from everyday use to infrequent evening wear, the bow tie is the symbol of a lost generation.

Downgrade the Formality of Your Outfit 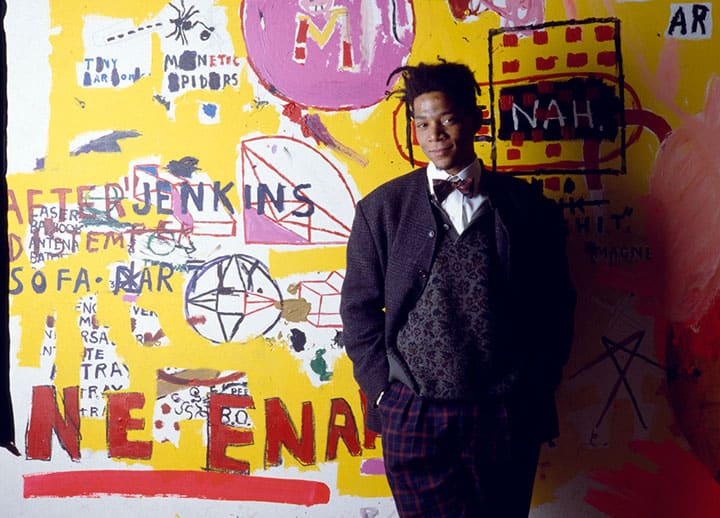 The problems with bow ties all stem from the fact that they are seen to be incredibly formal, associated as they are with black tie – probably the only occasion on which the majority of men can be cajoled into wearing a bow around their oh-so-manly necks.

However, the daytime bow is anything but. There are those who wear it with pinstripe suits, a la Churchill, who tend to be obscure-but-obscenely-wealthy CEOs. For them, the bow tie is often a ‘signature’ – they will not tend to wear anything else – and as such, it may become a bit of a caricature.

However, the best way to wear a bow tie is to downgrade the formality of the background; it isn’t necessarily the accessory for a deadly serious workday, when wearing three piece grey flannel. But it is just the thing for a stylish spring barbecue, worn with a preppy cardigan, cream chinos and penny loafers. Antiquated accessories like bow ties need a new, relevant context before they can be truly revived.

The other key to bow ties is colour and texture. Avoid shiny silks as they’re extremely hard to pull off to not look terribly cheap and tacky. Plain bows should probably be avoided, as even lighter colours are more associated with evening wear. Ideally, it should be a strong pattern like paisley or foulard in deep, earthy colours. 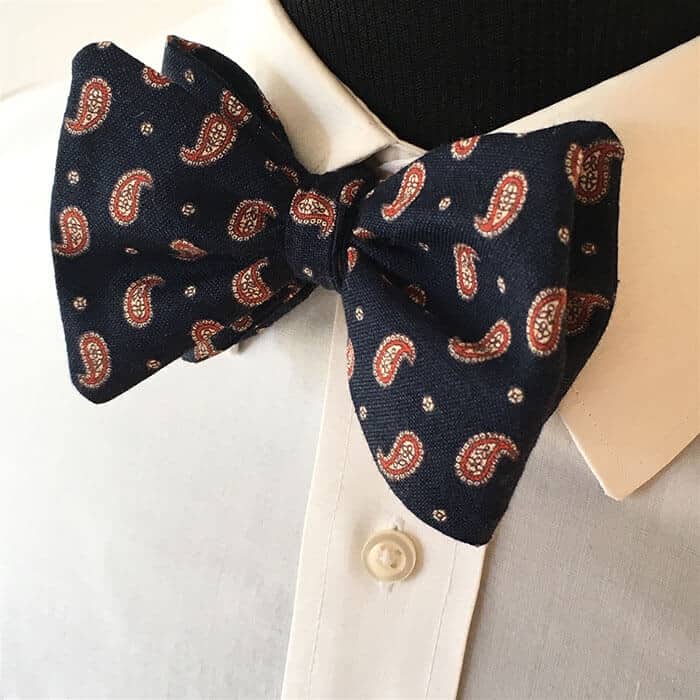 Non-patterned bow ties look like black-tie substitutes, so always shop for dots, stripes or paisley. Colours should be sober and darker in tone; forest green rather than apple green and claret rather than blood red. The reason for this is to turn the bow tie into something which is not screaming for attention, but rather standing, silently still, ignoring the prying eyes and castigating remarks – rather like an Irish Guard on duty outside St James’ Palace. The idea of this simple revolution is to remove the comical bow tie from the limelight of the Big Top and to forge a new association with the stylish gentlemen of the day. 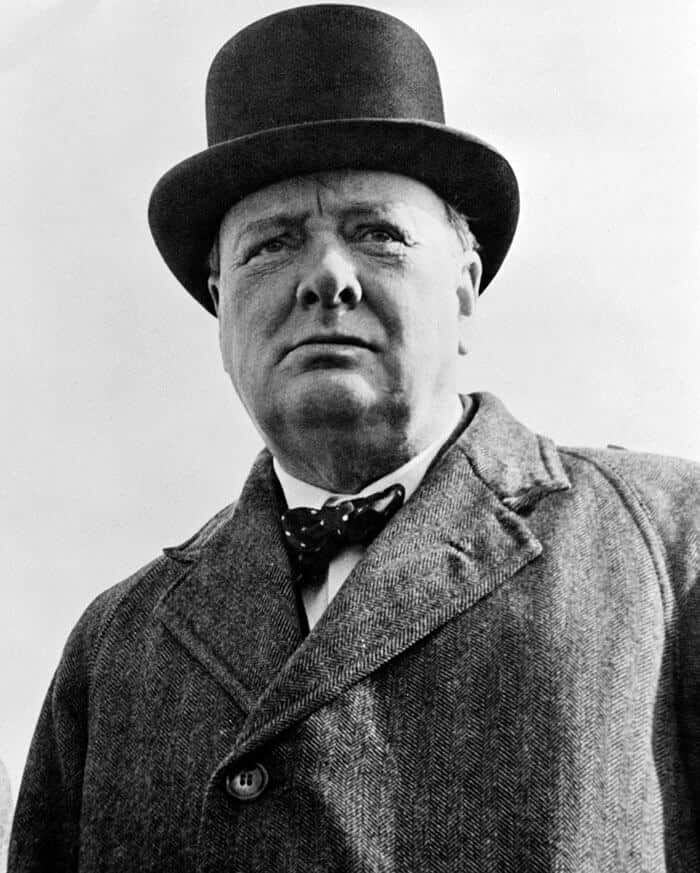 I have found it rather tricky purchasing good quality silk bow ties. Nearly every shop assistant I have encountered has pointed me to the evening dress section when I have specifically asked for day-dress dickies. 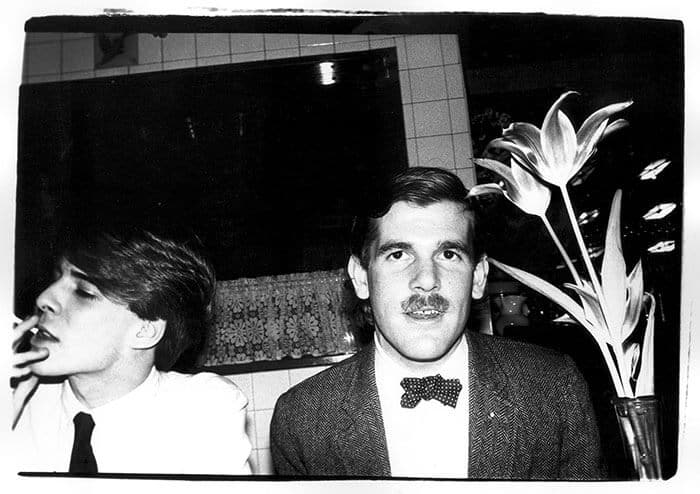 The shape of the bow is also crucial. The best style for the daytime version is the diamond point bow. The slim batwing runs a close second. Avoid the big butterfly shape as this is clownish. As with a buttonhole or the pop of a pocket square, the smaller the better.

“Messy” Self-tie is the Only Option

“Thank Doctor Who” a friend said scornfully as we wandered around TopMan, slack-jawed at the mass of teenage bow tie aficionados strutting around the store with their Bieber-fringes, check shirts and turned-up denim. The only problem was that their ‘I don’t give a damn but I am a dandy’ aesthetic was let down by the uniform neatness of their bows; hardly surprising given that all were clip-ons. 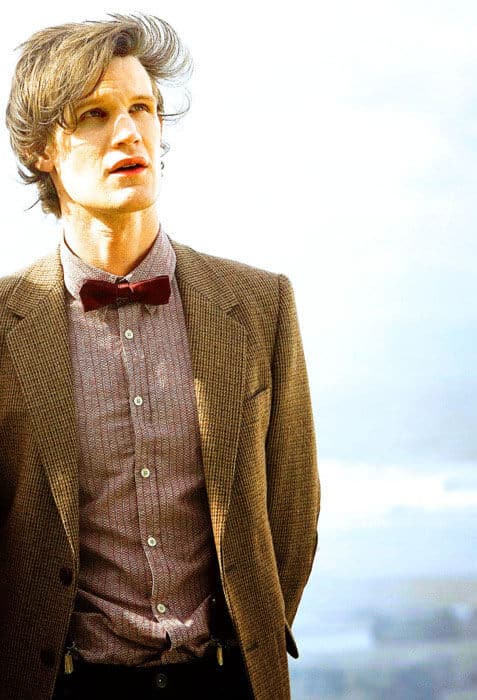 The first rule is that the bow tie you select should be one you tie yourself. No self-respecting man should buy a ready-made bow tie; they are only for children and have the intractable flaw of being too perfect. A real bow tie is imperfect.

Though Beau Brummel spent hours trying to tie his neckwear, discarding the ‘failures’, the key with bow ties is that they should be different every time, thus making the self-tie bow tie one of the most unique accessories in a man’s wardrobe. Sometimes a little fat, sometimes a little too tight, however they are made, they are usually gloriously asymmetric in appearance. This asymmetry has the canny effect of adding an air of old world civility to the wearer. Don’t crave for symmetrical perfection because that was never the point in wearing one in the first place. 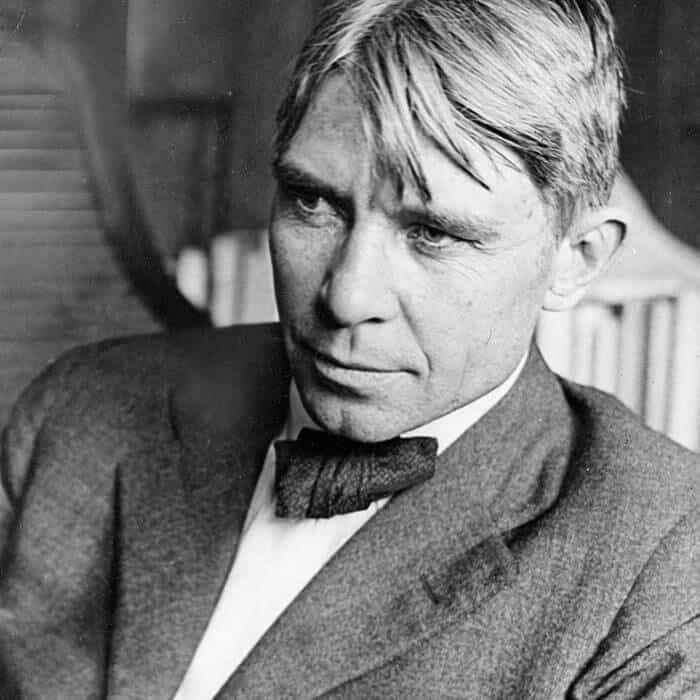 The ‘messy’ bow tie may sound like a paradox – for why should a decorative effect be untidy? – but the ‘mess’ is simply a descriptive comparison with the uniformity of pre-tied bows. Mess is usually what you end up with when first attempting to tie a bow tie; uneven, lumpy and wonky. However, the great charm of this educational stage is often clouded with frustration; “Why isn’t it PERFECT?!” we scream into the mirror, knowing the happy end-of-the-rainbow glory of symmetrical bow tie bliss is far away, not realising that the grass is greener on this side of the fence.

Winston Churchill, though seldom feted as a style icon, was famous for his bow ties and in his later years, was rarely seen without one. The most famous photos of Churchill usually involve three crucial props; V-for Victory, a cigar and his favourite navy polka dot bow tie. Well worn indeed, but perfect? Symmetrical? Not a bit of it. Though he wore one every day, every day was different; lop sided on Monday, tiny on Tuesday, bulky on Wednesday, approaching the perpendicular on Thursday. 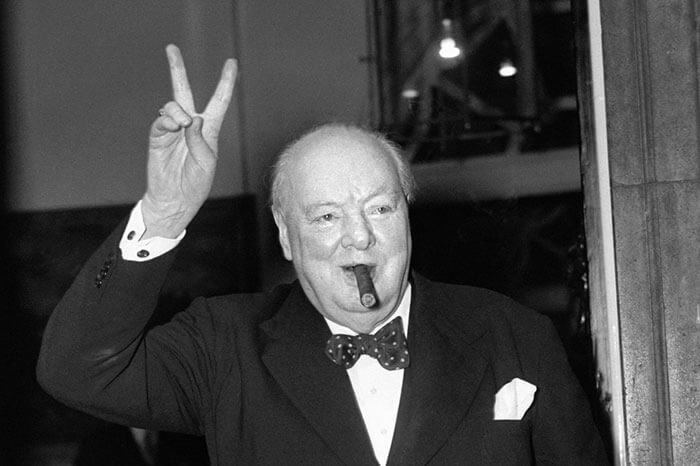 Churchill tied it – possibly with a cigar in his mouth – whilst his head gradually filled with the grave concerns of the day; there was no concern of symmetry, or perfection and because of that, the beauty created was natural.

Wear from Casual to More Dressed Up 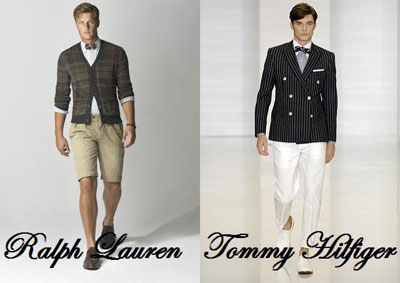 Bow ties look youthful when worn properly and they can brighten up almost any outfit. Wear a bow tie with a sharp, slim-fit suit for an on-trend cut with an eccentric dash. Or wear a bow tie with a casual collar and a cable crew neck for a ‘relaxed academic’ look. Bow ties can also prep-up plain spring outfits of short sleeved shirts, tailored shorts and blazers. The key is to avoid overdoing a look with a bow tie; keep pocket squares to a visual minimum and try not to colour match too much.

Don’t be Afraid of Wearing a Bow Tie at Daytime

So many people are incapable of tying their own bow tie. A fact which, in itself, shouts of a neglect for a style of necktie which has been ridiculed as much as it has been celebrated. Once deemed to be the height of artisan sophistication, if you wear a bow tie on any occasion other than a black-tie event, ordinary people are likely to expect you to pull a bunch of flowers from your sleeve.

To know what, more or less, goes on in every man’s mind when deciding to buy a bow tie for the first time, read our editor Andrew Williams’ semi-confession:

This week I took my first nervous steps into the world of the bow tie wearer.

I say nervous steps because few things mark you out as a lone wolf amongst the sartorial sheep quite like a bow tie. Indeed, in any one year I can count on one hand the number of times I see a man wearing said item.

Sadly, and despite the continuing trend for all things ‘Ivy’, those men you do see wearing bow ties often conform to the stereotype. On the whole they’re slightly bewildered, bookish eccentric types, not the chiselled young thrusters of the Ralph Lauren advertisements.

Lord Chesterfield (he of the coat fame) put it rather well when he said, “take great care always to be dressed like the reasonable people of your own age, in the place where you are; whose dress is never spoken of one way or another as either to negligent or too much studied”. No one likes to be ridiculed, or to feel too conspicuous. But even a seasoned clothes horse with an inclination towards the individual might find wearing a day time bow tie cause for anxiety.

But regardless, and with Beau Brummel’s dictum that, “if John Bull turns round to look after you, you are not well dressed”, ringing in my ears I ventured forth.

And you know what, I really rather liked the feeling. No less exhilarating a form of self expression than streaking, but a damn sight more elegant, I recommend it to anybody.

Yes, as expected I received the odd look and comment, but on the whole it worked. This was helped by the fact I went easy on myself. Firstly I chose a simple classic bow tie in the form of a navy blue and white polka dot from Hilditch & Key. Made from printed silk, with little or no interlining it has a relaxed and natural air when tied. Secondly, and this is a practice I’d recommend whenever you try something new or different, I paired my tie with clothes I felt instantly at ease in. In this case, that meant British Khaki chinos, brogues and a Levis’ Jean jacket – my habitual spring early/summer casual uniform. The result was that I felt comfortable and the bow fitted the look – in a preppy sort of way.

So, if you’ve considered the day bow but have found yourself demurring, my advice is man up and get to it. Liberate yourself.

I used to be afraid of the bow tie. I have always loved neckties, but I found the bow tie to be a step too far in the nostalgia direction; something about their declining status kept me away from even considering wearing one. Now, I cannot wait to find the perfect bow.

Once you’ve learnt how to tie them and made them work for for you, bow ties are a great alternative for a regular long tie.
1. They don’t strangle you as long ties can.
2. You usually don’t keep fiddling with or adjusting them.
3. If you occasionally have trouble conveying food from the plate to your mouth, a bow won’t get splashed on!
4. You don’t have to waste time getting the length just right.

At the end here’s the excerpt from 1995 article in The Atlantic that I liked a lot, where Charlie Davidson of The Andover Shop shares his rules:

“First of all,” Charlie said, “when people ask me if I’m married, I always say, ‘Yes, but I’m not a fanatic about it.’

“So here’s Number One: Do not wear bows all the time. Keep the viewer off balance. Wear them once in a while, the way you might eat liver.

“Number Two: Never wear a bow tie to an interview or a pitch for new business. People will concentrate on the tie rather than on what you are saying.

“Number Three: In the men’s-clothing business ten percent of tie sales were in bows … forever. Today it’s fifteen percent or twenty percent, which is unprecedented. This tells me that there is such ambiguity of roles today that men are desperate to assert something.

“Number Four: You would be amazed at the practical reasons people wear bows. Doctors have always worn them, because patients can’t reach up and yank on them the way they could with the four-in-hands. Certain men wear them in the summer because they eat more salads. Dressing can splash on long ties.

“And Number Five: Men who wear bow ties care more about themselves than they do about you.”