Don’t Let the Poor Gal Down 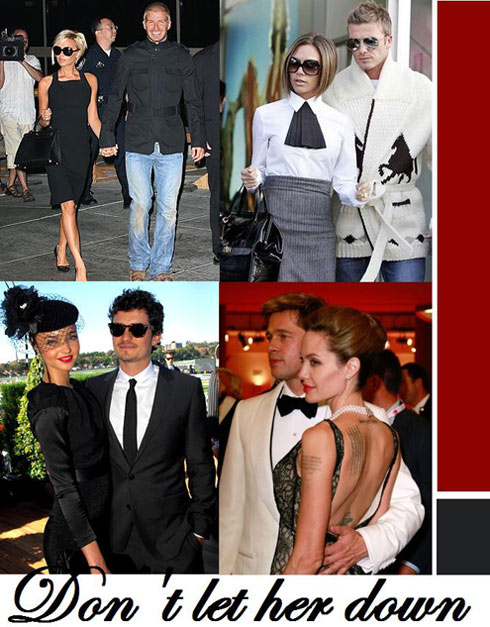 In the last article, the first of this wife/partner ‘double bill’, I issued warning to men vulnerable to the whims of their other halves, particularly where clothing is concerned. In this latter half, the warnings and advice to be issued concern not the actions of the women and their misguided attempts to mould a chap into their ‘beau ideal’. In this piece, the finger is pointed firmly at men who I would consider, for want of a better word, unsporting. I have attended many a social function, some good, many dreadful, where it is pleasing to see that roughly half, or just over half if one is lucky, have made a jolly decent effort with the attire. Not all the efforts have the complete effect – some are considerably more successful than others but I always applaud the work and thought put in. The sad thing is I am mostly applauding the gals on these occasions for the chaps, as affable and pleasant as they are, rarely get up to the same standard as their female companions.

This knocks me rather because I feel particularly sorry for the lady; as although, next to her rather slovenly and lazily attired man she certainly looks fabulous, when she takes him to the floor she looks less like the princess taking a turn with the prince and more like the charitable dowager sharing a nostalgic dance with the dustman. Not that there is anything wrong with such a two-step, but that for the lady, it seems unfortunate that her gentleman could not make the least effort.

The crux of the issue for some women is; does a handsome but roughly attired man on my arm make me look better or worse? The unfortunate reality is, if you are seriously considering such a conundrum, you are entering the strange and dangerous netherworld of insecurity, in which lurk characters such as Victoria Beckham. Having said that, there is nothing to indicate that in the two pictures, where there can be seen some of the most dreadful co-ordination there has ever been, that Mrs Beckham is necessarily the fat (or not so fat as the case may be) controller of the Beckhams ‘double wardrobe.’ For as long as it has been written that the Beckhams are a well-dressed couple that take pleasure in organised co-ordination, Mr Beckham and his wife have often blazed into social functions wearing the strangest companion ensembles I have ever seen.

In the two pictures represented, Mrs Beckham is by far the better dressed, and indeed more formally dressed of the two; Mr Beckham looks completely out of sync. It is rather curious but in these pictures, the couple appear to be living different lives. One upstaging the other with finesse outfits and expensive accessories, Mr Beckham looks like a very attentive minder, not the married equal of his wife. Whether this has something to do with a breakdown in communication or a pea-brained idea of Mrs Beckham’s that she should always be, conspicuously, the better dressed of the two the lack of synergy is all too apparent.

By comparison Orlando Bloom, pictured at the Royal Randwick Racecourse in Sydney, is, albeit a little funereal, appropriately dressed for his companion. Clearly, though it looks awfully simple, some cooperative thought and conversation has gone into their outfits for the occasion. That in itself is pleasing and, importantly, it makes the couple look accomplished and compatible. Similarly Brad Pitt, who was not always the ‘dapper chapper’, as I remember photographs of Mr Pitt when he was the companion of other women, dressed in truly dreadful and thoughtless ensembles with the overall effect of a Big Issue salesman, albeit a striking one. Now, frequently on the arm of the mother of his children, Pitt rarely lets the ‘team’ down; he has matured into a safe but elegant style and provides for the striking companion on his arm the ‘prince’ and not the charming-but-eventually-inappropriate ‘dustman.’