GAP Losing The Battle With Inditex 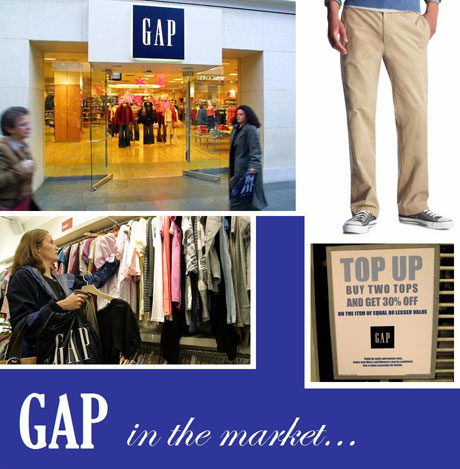 It was fitting that the new Pull and Bear and Massimo Dutti stores, both part of the gigantic Zara-powered Inditex group, should have moved into the same relatively pretty, white-façade building on London’s Oxford Street that GAP used to occupy. Although GAP now occupy, and have done for some time, a rather glassy flagship a little way down the road, the polishing of this West London gem of a building – a rarity on mostly modern Oxford Street – by the company that overtook the GAP group as the world’s largest clothing retailer is so suitable that it reminded me of those stories of conquest and colony; when triumphant soldiers marched through the palaces of the conquered.

When I had last entered the building, the GAP store had occupied two rather dingy levels. Light wooden floors, hopelessly outdated, rarely creaked with the tread of constant custom – the newer, larger and lighter GAP store on the street was attracting more business. I only really ventured in for the sale stock, which was usually plentiful; racks and carousels of shirts in my rather unpopular XS size and the odd jumper and jacket. Aside from that it was a rather depressing affair; hoodies, masses of socks and jersey gym wear. It was only a matter of time, I thought, before this GAP is sacrificed. The irony of the sacrifice is that in giving up their lease, GAP handed the prime property, and therefore greater presence in the English capital, to their fiercest rivals.

Inditex have splashed on this retail space in characteristic fashion; Pull and Bear, a trashy, unappealing-but-bound-to-be-successful retailer of denim, printed t-shirts and other flotsam, occupy one half of the building. Inside there is a dark, industrial atmosphere – something between a factory and a theme park ride. It’s well laid out, spacious, offers seating (shock, horror) and, from my time lurking around the entrance, was drawing a good deal of interest from passing shoppers.

The same was true of the gleaming Massimo Dutti store; staff were conspicuously obsequious, racks were not unattractively loaded with stock and overall there was the sense you were entering a store of grander pretensions. In addition to the improved interior, the white façade has been well maintained and the promotional stickers and signage have been kept to a tasteful minimum.

Inditex, far from playing catch up with the older and more established GAP group, are consistently one step ahead. Although as behemoth retailers they are constantly compared, aesthetically, there is little comparison. GAP offers rather simple, functional clothing; chinos, jeans, knitwear, functional shirts, gym wear and the occasional belt. Inditex, through all of their outlets, do their damndest to offer ‘design’ at a lower price; they take more risks with their stock.

Why has Inditex come out on top? Analysts often point to their quick and aggressive expansion (which contrasts to GAP’s absurdly ponderous methods), their strategy for locating stores on the best streets in town and, in Zara, their rapid stock turnaround. Others also cite the improved store experience, the appeal of a European brand and the successful, internal manufacture-to-distribution process.

The thing that doesn’t get mentioned as often in reference to this retailer war is that Inditex has managed to capture the imagination of the GAP-weary shopper. We’ll always need chinos but once we have them, is there anything else in the store that draws us in? The lifestyle sold in GAP is, and has been for a long time, far too ‘young’ for the way we live now. I have a friend who told me he shopped once at GAP last year for ‘bumming around clothes’ – Zara he looks in almost every other week. The reason? ‘Bumming around clothes’ hardly require constant replenishment. Another friend, who boasts he hasn’t crossed the threshold for five years, quipped ‘Don’t mind the GAP.’ The shopping public have fallen out of love. And it shows.

GAP menswear, now relegated to the top floor of the Oxford Street flagship, is very often rather empty on a Saturday afternoon. It looks tired, worn and, like an old heavyweight title holder, rather slow and deliberate. GAP fans of my acquaintance champion the fact that their clothes last. Inditex, by comparison, have said, rather unblinkingly, that Zara clothes are really meant to be worn ‘a few times.’ Both of these assertions are somewhat inaccurate as I have Zara clothes that are well-used and in excellent condition and some GAP clothing that has, in my opinion, had to be placed prematurely on the scrap heap.

There is no doubt that as Inditex’s tentacles have spread far and wide, and its grip on the high street clothing market has strengthened, it has moved into the Primark/H&M realm of increasing supply, reducing price and declining quality but GAP has lost the laurels it once rested on. It needs to rethink its flagship brand. While it still has the muscle, and the greatness of its name, it should try to recapture the great portion of the market it has lost.