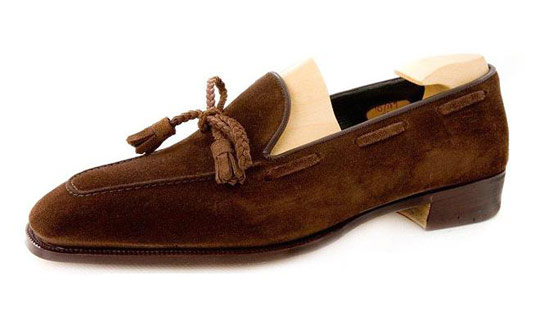 Stephen Fry, author, actor, comedian and walking talking lexicon of the English language, reckons that when people admit to a guilty pleasure they’re really admitting to something they’re secretly proud of. With that in mind, I thought I’d share a guilty pleasure of my own.

Over the last few years I have endeavoured to simplify my wardrobe in the tradition of the great dressers. This works on the theory that the simplest things are the most elegant, and often the hardest to achieve. For the most part all the men we admire most, certainly on this website, were simple dressers: Cary Grant, Fred Astaire, Gianni Agnelli, Douglas Fairbanks etc. etc. 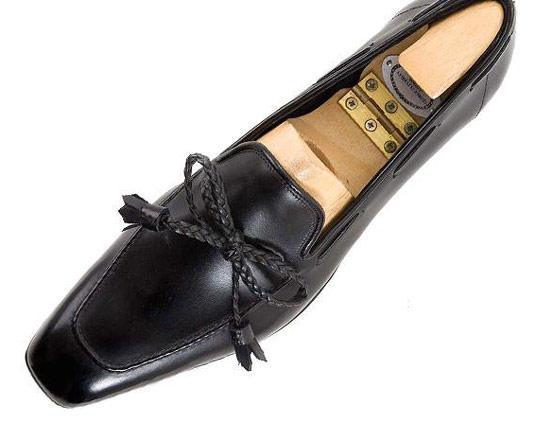 So my love of this particular loafer goes against the grain somewhat. The shoe featured in the photos is from English shoe maker George Cleverley, and is part of their Anthony Cleverely range. Named the de Rede in honour of the Baron de Rede, a former customer of Cleverley’s and an interesting man in his own right, I know of no other English shoemaker producing them. In fact I’ve only ever seen one man wear them in London. Of course there are other purveyors out there, including Will Boehlke with his Sloop loafer, and Italian SW1 – now closed but available through tailors Rubinacci.

It’s a shoe for a man of obsessive detail and idleness – no man who wears these works for a living. And certainly doesn’t walk the grey pavements of London. Some might argue that if you’re prepared to opt for tasselled loafers – as I frequently do – then this isn’t much beyond that. But the bow makes them fussy, ever so slightly prissy; and lets be honest they reek of femininity. And should I ever get my hands on a pair I know I would endure a good deal of ribbing from my male friends and work colleagues.

And yet for all those things, or perhaps because of them, this shoe speaks to my inner dandy, which is why I desperately want a pair, and why they remain a guilty pleasure.