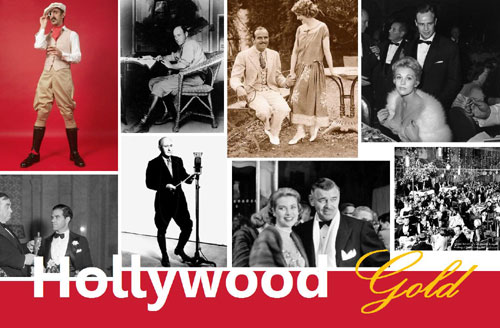 When I overheard a conversation between two persons, neither of my acquaintance, the response given by one to the other’s question rang, rather violently, in my ears; with the Academy Awards coming up, the constant comparisons between our ‘economic climate’ and the Great Depression and our never ending fascination with celebrity, it couldn’t be more appropriate; “Hollywood” the lady had replied “is not what it once was.” This remark, now such a cliché, is a favourite of those who criticise Hollywood’s perpetual self-reference; who point out that Hollywood lacks creativity and ingenuity and compensates, rather inadequately, by overspending and overproducing. There has always seemed to be a little Narcissian weakness in Tinseltown, but considering the monumental success of its output, this is hardly surprising. From the era of Chaplin and Doug Fairbanks to the present day, success has been the toast of the evening; art is a goal, but success has been the narcotic of choice for everyone from Louis B Mayer to Lana Turner.

As gigantic and influential as Hollywood now is, there is still a sense of loss amongst veterans, an indulgent nostalgia for ‘the way things used to be.’ This pining has led those of influence to christen new Hollywood as old; George Clooney is ‘the new Cary Grant’, Scarlett Johansson the ‘Marilyn Monroe of the Noughties.’ “You see” said an elderly member at my good friend’s club “there’s nothing appealing about Hollywood anymore. It’s all about recycling; the movies, the stars, the parties…” Whilst too cynical a view for my taste, I conceded some truth. Hollywood is always in love with itself; the ponderous ceremony of the awards, the glitz and razzmatazz are, apart from the music industry, never seen anywhere else. It is a tad self-congratulatory but then, why should it be anything else? I for one am all for the warm nostalgia that is sprinkled over the industry at this time of the year; recalling ghosts and years past of style, glamour and legend.

Look at Clark Gable arriving at an Academy Awards ceremony in the 1950s with Grace Kelly, squinting into the glare of the camera flashes, a neat pocket square poking out of his overcoat; or Marlon Brando, looking like a textbook 50s model in shawl collar and ‘cocktail’ bow tie; or Douglas Fairbanks Sr, recalling an even earlier Golden Period, in a light, three-piece suit with white shoes, remarkably appropriate for the warm climate of California. Hollywood needs this depth of style as a reminder; far from forgetting the pattern of elegance and attraction that built the legend of Hollywood, it needs to always be conscious that fame itself is a by product of what the fantasy of the studios was capable of doing; delivering dreams to it’s devotees.

Cecil B. DeMille, by his jodhpurs and boots, gave birth to that stereotypical and romantic depiction of a film director. The seemingly bizarre combination of an equestrian/military lower half with a rather more conventional torso is nevertheless a successful marriage that, like many of Mr DeMille’s films, captured the imagination of faithful Hollywood. These little bijoux, stories and captures from the Golden Era, merely affirm, many contend, that Hollywood, stylistically and artistically has lost its way and, like an impoverished aristocrat, calls on former glories and splendour to add glitter to its name. I rather think this point of view is growing in tediousness; Hollywood ‘gold’ may be gone, but bravo to those who ensure it is not forgotten – in Hollywood, they all need a little ‘direction.’