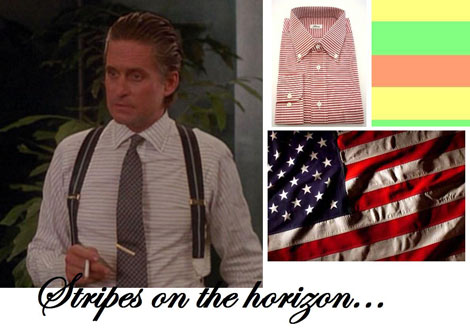 Over the last few weeks I have become very accustomed to bad news. Not so much that it ceases to be bad per se, but that with each wave of fresh woe, my acclimatisation improves and my panic recedes more quickly each time; lines fall in front of my eyes, red figures tick at a frightening pace and heads fall into hands. What was once excitement has now shrivelled into despair. Having said that, it is difficult to perceive how affected we are by crises as the effect is usually delayed and far more punishing than we might originally experience; at first, we can be rather numb to it. In time, the pain begins to jab relentlessly; we rue mistakes, excesses and carelessness. The gigantic hangover that won’t respond to an aspirin and tomato juice grows darker with the days. In the madness, we lash out with venomous blame; our discomfort producing a knee jerk reaction which reveals not our strength but our fragility and – like a wounded beast injured by an unseen predator – the only reality left is the wound, and how it can be healed.

On my most maudlin of days, I have sauntered carelessly up and down, disinterested, unimpressed and seeking a distraction. I pass shops of gaudy gold and stone, people of panic and self-serving natures, through the chaos of mass consumption into the quieter streets; the veins of sanity that run parallel to the infectious insanity. It was on such a street that I experienced a pang of remembrance: in a small tailor’s window, I saw a sartorial object I had not seen since university days. On a mannequin torso was the immaculate and unusual creation that, for all its comparative simplicity and ultimate irrelevance, managed to provide some cheer; it was a horizontally striped shirt. The curling of my lips was unexpected but it was so unusual a thing, so offbeat and striking that it took my mind away from the humdrum.

While nothing new, horizontally striped shirts are very rare in formal shirt formats. And while common on casual button downs and polo shirts, this particular type of shirt ‘decoration’ is scarcely popular. Speaking with a friend about my sudden and uncanny joy, which was received with a disturbed concern for my judgment, he pointed out that opposition and frigidity towards things that are ‘different’ is clearly at play; that and the fact that horizontally striped shirts do nothing for the gentleman of greater girth. Indeed, in comparison with vertical stripes which can affect the illusion of comparative slenderness, they offer no such advantage. In actual fact they merely serve to accentuate rotundity by marking its full impact; like lines of contour on a map or growth rings on a tree stump.

Having said that, there is a lot to be said for this shirt’s fabulous quality as an item of distracting aesthetics; drawing my mind away from less frivolous concerns. It is a simply a dashed nuisance that they are so hard to find. After peering in through the glass door – all such tailors are invariably closed at the weekends – I dashed to Jermyn Street and was disappointed by the stock and response. Unless you are willing to part with some rather serious money, dreams of a horizontally striped shirt may have to be put on the back burner; the big names, like Lewin and Hawes & Curtis, just don’t produce them. Turnbull’s had one example and the “possibility of tailoring a few more” and the gentlemen in Harvie & Hudson, kindly consulting each other in recollection, nodded nostalgically at the mention of it – like beery chums recalling a friend they’d lost along the way: “Ede & Ravenscroft might stock one” they proposed, reluctantly. By this time, my willingness to continue the gallivant had worn away. My plea, however, remains; I want no more bad news, show me the light at the end of the tunnel. Show me some fine lines that point somewhere – somewhere other than down.