In Search Of A Buck 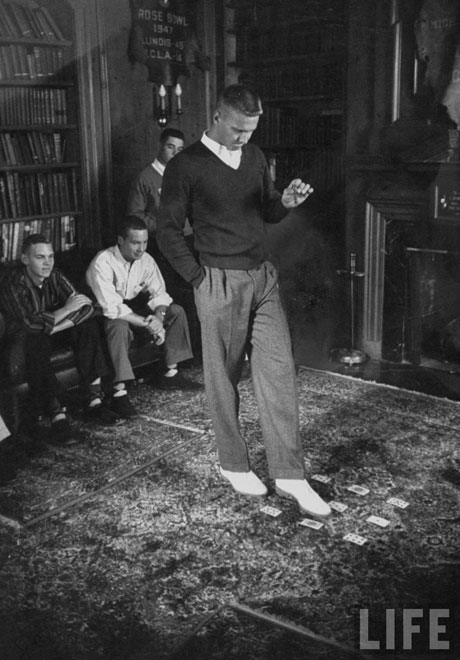 The English summer has finally arrived and that means it is safe to bring out the white nubucks – or rather it would be if I could get hold of a pair.

The white buck is a classic item of Americana in my view, with a versatility in direct contrast to it’s relative impracticality – for those of us whose summers are often rain filled. But weather aside, they provide an alternative to loafers when dressing down a linen jacket and a more structured and elegant option to deck shoes when paired with jeans or a light weight chino.

Last season I was far from alone in my appreciation of this timeless classic. With the rediscovery of the Ivy League style and the World’s reengagement with America – which coincided with the election of Obama – US culture and history once again provided inspiration for designers. Both white bucks and saddle shoes were available in abundance from British designers and retailers. 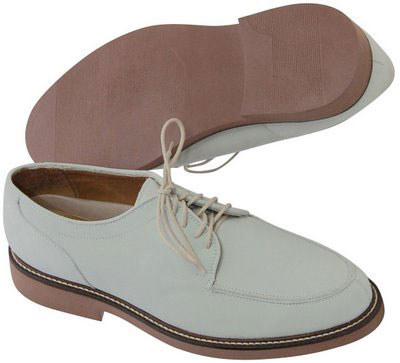 However, inspired by the above picture which I came across on Ivy-Style I made life far harder on myself by desiring a variant on the round toe buck, the more retro apron derby.

I did eventually track down a source for this shoe from a US retailer of Americana. They’re a source worth keeping in your back pocket. Those of us living outside the US can pay by Paypal, and although you have to factor in import tax and postage prices are still very reasonable.

Foolishly – and for whatever reason – having done all the hard work I put off my purchase and now it seems this shoe is unavailable, indeed discontinued. My theory is that the manufacturer was a victim of the recession and may sadly have gone out of business. I’ve e-mailed On-The-Fly but have so far had no reply.

So, given the spread of the Mensflair audience, I’m seeking your help. If you know who might have made this shoe, or whether anybody retailing something similar would be prepared to sell and ship to the UK I would be pleased to hear from you.

If I’m lucky I won’t be the only man in search of a buck.