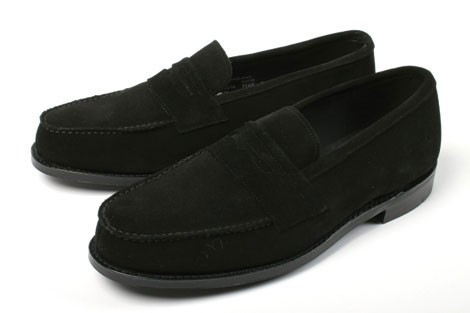 However, there were three acts of subversion one could perpetrate, and get away with – just.

The first was to tie your tie in reverse. This meant creating an exceptionally skinny tie by using the thin blade to make the knot and form the length. Well, skinny ties are in vogue now, so no inspiration here.

The second act of subversion was to place a penny in your tie knot. This wasn’t really rebellion against the system, more an act of self defence. It was considered great sport in my day to find some unsuspecting wretch, and in one lightening manoeuvre grab the end of his tie and with all your might yank down on it, while yelling in an exaggerated and convoluted manner, “peeeenuuuut”. The net result was to create a tie knot of extraordinary tightness. The unsuspecting victim could only extricate himself from his tie by cutting it off. The insertion of a penny into the knot would thwart the efforts of the peanutter. Consequently it was considered most unsporting. I’m not sure how peanutting would go down amongst my fellow researchers or Members of Parliament.

The third act of subversion, and the one that sparked my imagination was wearing black suede shoes. I’ve often worn brown suede with suits, inspired by one of my heroes, the late Terry-Thomas. But until recently I’d never backed black.

Not the most practical material for winter, regardless I love the look. Firstly, black suede makes your feet look smaller. Secondly, rather like midnight blue Dinner Jackets can look blacker than black ones, the same illusion happens with black suede shoes. Finally, the matt effect also adds a richness which combined with worsted cloth sets up a nice contrast. It also works well with grey flannel, this time providing a continuation of texture.