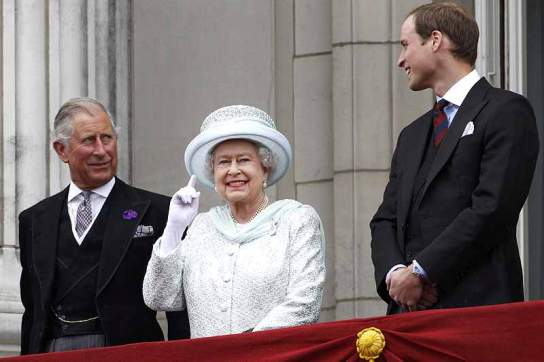 When it comes to popularity, Queen Elizabeth II – who has now been on the throne for more than 60 years – takes some beating. As much as small factions of republicans would like to persuade us that the monarchy is outdated and unwanted, the vast majority (well over 80%) of Her Majesty’s nation approve of her reign. No billion-dollar presidencies seem to be wanted here; no anonymous, small-living head of state. This is not a land people want lorded over by government any more than a land people want lorded over by a tyrant.

The Queen has little power; and that’s a good thing, as far as the people are concerned. What she has is grace of leadership and representation. She has no one to please, no sponsor or democratic lifeline and no political alliance; she speaks for everyone and no one at once.

However, there are concerns that Prince Charles, currently Prince of Wales and the next in line to the throne, will plunge the Windsors back into the dark days of the 1980s and 1990s, when their popularity was at a low. Unlike his quiet, reserved and conspicuously unbiased mother, Charles has been known to let the people know what he thinks about things. In this way, Charles has been decidedly unfashionable.

Politicians over the last 15-20 years have made a precise art out of erasing conviction from their public communication and have followed, more or less, on a path of inclusive neutrality. Not following fashion is Charles’ way. Charles’ approach is all about personal conviction and, especially where his wardrobe is concerned, personal style.

As the standards of dress have crumbled throughout the years, Charles has remained defiant. He refers to his sense of style as ‘timeless’, emphasising his continued use of 20-30 year old suits and repaired shoes. But for those who “don’t get” why Charles is consistently voted by fashionistas and editors alike as one of the world’s best dressed men, you only need to take a look at the photographs from the Jubilee ceremony at St Paul’s Cathedral and compare the confident and supremely elegant image of Charles to that of his smartly dressed but significantly outshone sons, Princes William and Harry.

Wearing a long-owned black tailcoat and matching waistcoat (he wore the tailcoat at his marriage to Camilla), Charles is one of the best adverts for Savile Row in the world. Here he is, a future King, in a decades-old number that still looks like it was made yesterday.

However, it is more than the simple perfection of good tailoring. Charles knows how to finish ensembles – probably one of the most criminally under-mentioned observations about his style. There is piping around the tailcoat; there is a pocket watch and chain; there is a tie-pin; there are slips for the waistcoat; there is the most subtle and attractive puff of patterned silk in the pocket and, finally, there is a bright purple buttonhole brightening up the lapel. There are a great many elements, but they all work together beautifully. Charles knows exactly what to do; and he is not afraid to do it.