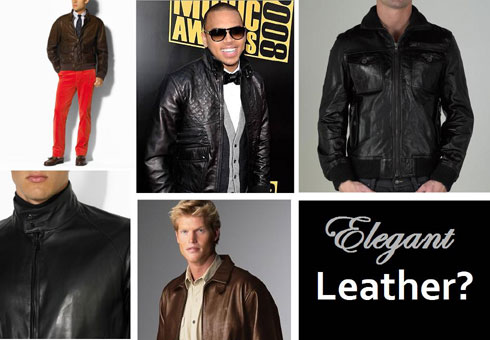 When I was a lad, my parents would take me travelling. We would venture near and far, as a family, and I have many adventures I can still clearly remember from those days. The most exciting time was around March when the holiday catalogues would arrive; I would read them, late at night before going to sleep, wondering which of the splendid locations I had been reading of my parents would choose. I was invariably inaccurate in my predictions. Nonetheless, I was never disappointed. Indeed, one of the most unlikely pleasures was travelling around the ‘cowboy’ states of America more than 12 years ago.

A great deal of time was spent in Dallas, visiting friends of my father. I remember the peculiarly large flags flapping on the highway, the massive glassy hotels, the car dealerships and the smell of meat and ‘bar-be-kew sawss.’ The first hotel we checked into was rather dull and resembled an office. It was named ‘Wilson’s World’ – a singularly American, if not slightly comic and optimistic name for a vast collection of dreary rooms and suites on the highway. As naïve (and pretentious) as we were, we took such a dislike to the dim, seemingly endless corridors, the beige furniture and the cold, dated corporate style of the joint that we came up with a semi-amusing song;

When we went to the restaurant, we saw a bloke in his leathers

And dad said ‘How about checking out altogether?’”

This was oft repeated, nay chanted, throughout the holiday and it still manages to draw a smile today but the one thing that occurred to me recently when reminiscing was how we, as children, had decided that a leather jacket was somehow a humorous and unsightly mark of the commonplace. It was not a brattish observation. There was something rather unseemly about a cold-but-smart hotel restaurant providing custom to a leather clad man. I was recently speaking to someone who collects leather jackets, of differing styles, and who, regardless of weather, will always be seen wearing something constructed of hide.

It struck me that leather is rarely, if at all, a material of elegance. Leather trousers are of course, an abomination but even the oh-so-acceptable leather jacket is difficult to place. For a man who normally dresses casually, it’s a remarkably versatile garment; warm, practical and durable it will look and feel better than almost anything else. If however you are a man who likes adornment, wears ties, bow ties and shuns denim, a leather jacket is anathema. Frankly, if you’re a man of a very classic persuasion, it’s difficult to see where a lumpy, graceless leather jacket would fit into the wardrobe – amongst the mohair suits, cashmere trousers and French collar shirts.

However, after considering the problem, I came to the conclusion that elegance, at least a kind of elegance, is possible with leather – it simply means a) careful selection of the jacket itself b) considered pairings and c) an attitude adjustment.

For the first issue – the jacket selection – it is important that the jacket does not drown the man. Long sleeves and bulky shoulders are unacceptable. Though the jacket should never look ‘tailored’, it should not represent a ‘style retreat.’ Black is the classic colour for a leather jacket but brown is more chic and always remember that quality of leather should be paramount; designer ‘names’ are a secondary consideration.

Zips are more common on leather jackets but buttons are quite elegant; remember not to go for a jacket ‘imitation-in-leather.’ In other words, avoid leather jackets that have lapels and breast pockets. Of the styles available, the bomber or biker style are probably the best. Leather macs will make you look like a Nazi and leather blazers belong in a Spandau Ballet video.

For the second consideration, avoid trying to shove a square peg into a round hole and accept that your leather jacket has a certain ‘look’; it is undoubtedly more casual. Adding leather jackets to suit-like ensembles will make you look like a third rate Mafioso. It’s a weekend jacket. It needs to be respected as one. Denim is fine, if a little cliché; corduroy is better – imagine, for example, a nutty brown bomber with purple cords and loafers. Despite the casual shift, never wear trainers with a leather jacket.

Some of the best looks involve crisp open neck shirts, or perhaps a charcoal cashmere rollneck, some dark denim and slip ons; some of the worst involve Nike Air Max, baggy stonewashed jeans and ill-fitting polo shirts. The leather jacket is no friend to ill-fitting clothes. It will accentuate, and not disguise, how bad they actually are.

For the final consideration, keep in mind that your leather jacket is not your double breasted blazer. It is more knockabout, more carefree. It is tougher and simpler and does not mix well with primping.