“One pretends to do something, or copy someone or some teacher, until it can be done confidently and easily in what becomes one’s own manner.” 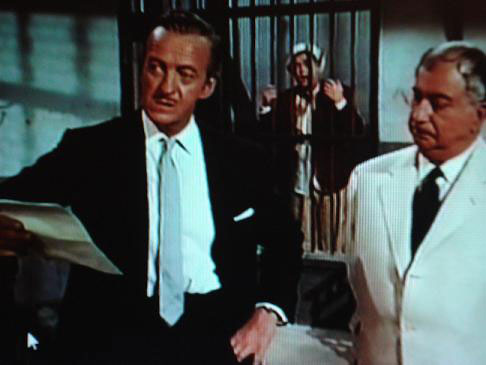 The look above adopted by David Niven is one of my favourites, and frequently appears in his films of the early and mid 60’s. The combination of charcoal-grey flannel suit and highly reflective silver tie conveys purpose with just a hint of grandeur and glamour. I’ve frequently ripped-off this look, even applying the same elements to midnight blue suits, with great affect.

Cary Grant was the product of a poor working class family, and learnt much of his sartorial artistry from earlier generations of film star. Conversely, David Niven was from the upper-middle class and the product of Public Schools (read Private if you’re American) and Sandhurst. Despite being steeped in the establishment, he was known as something of a rebel. During his school days he had a prostitute for a girlfriend and in the army had a reputation for seducing other officers’ wives.

These features of background and character are most evident in his wardrobe. Immaculately tailored suits could be combined with more expressive shirt and tie options. A dinner jacket might be paired with a pink dress shirt or, as above, a charcoal grey flannel suit with a highly reflective silver tie. And far more than Grant, Niven played with some of the fashions of whatever decade he found himself in. The subtle yet self aware way in which he did means even these looks don’t really date. 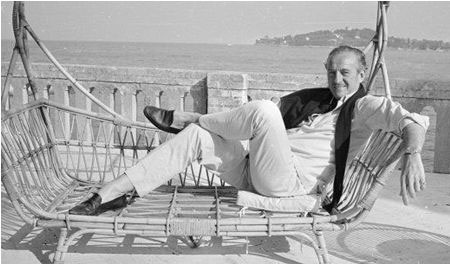 Niven was also able to relax in his wardrobe, with that roguish element of his character shining through. As always, beautiful and often simple individual items of clothing were worn comfortably, without decoration or apparent care. This is a particular characteristic of the English public school boy –what I term scruff chic. 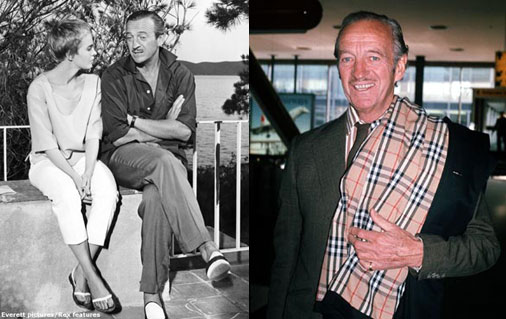 Whereas Cary Grant was the creation of Archie Leach, Niv was always Niv. He is a worthy mentor to students of good dress.