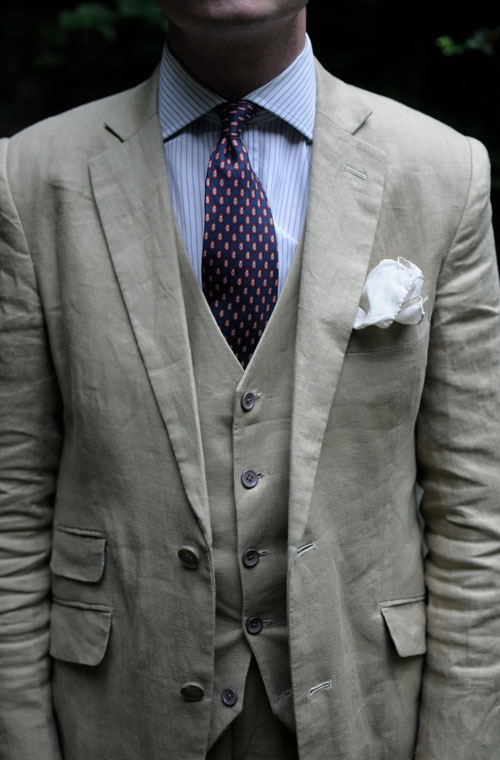 I’ve just had a suit made by Matthew A Perry.

No, not that Matthew Perry. This isn’t a random start-up from a former primetime jokester.

Matthew A Perry is actually a designer, who has given his name to a group of Shanghai-based “hongbang” tailors, who craft made-to-measure suits for customers around the world.

“Hongbang” was the name given to Shanghai garment makers specialising in Western-style suits during the 1920s and 30s. Because Western-style suits were first introduced to the city by foreigners, many of whom had red hair and blue eyes at that time, people used the Chinese characters – “hong,” meaning red in Chinese, and “bang,” meaning group – to describe the craftsmen.

There aren’t many tailors of the “hongbang” tradition left. In the early 20th century, it was widely acknowledged that if you wanted a high-quality suit in Shanghai, you had to visit a “hongbang” tailor, who would follow a series of strict procedures to create a design, cut cloth and sew the final garment. In many ways, “hongbang” tailors were the Savile Row equivalent in Shanghai; revered and patronized by the wealthy and powerful.

Matthew A Perry, founded in 2005, relies on internet-based trade. Like many modern tailoring companies, it has developed an automated ordering system that allows customers to measure themselves, choose their favoured design of suit and pay in advance online. Their suit will then be delivered (free of charge) within a fortnight.

“Ok it’s fast” I hear you sigh impatiently “but is it any good?”

Well, yes and no.

I decided to try out a three-piece straw linen suit for the summer, given that most of my tailored suits are intended for the cooler months. I always thought straw linen goes well with blue shirts – of which I have many – and could give some of my tan shoes more wear in the summer time as I have an aversion to wearing dark suits with tan shoes. Ordering was very easy. Aside from my measurements, I supplied detail on pockets, lapels and waistcoat buttons.

I waited a little over two weeks for the suit to arrive. When it did, I was somewhat perplexed by the contrast between the trousers (which were absolutely spot-on) and the waistcoat (which actually fit worse than one off-the-rack). The jacket, arguably the hardest item to get right straight off the bat was actually quite good. There was some excess width in the shoulders, and the back seam stitching was causing the vent to open up when it was buttoned. There was also a little less sculpting at the jacket waist than I would have liked and the ‘canvas’ was giving little shape to the front, but the jacket needed less work than the one I had made by Massimo Dutti – for which I received a fitting.

The waistcoat was therefore something of a disappointment. Even with the buckle securely tightened, it was too large around the chest, which caused the panels to ripple extravagantly when fastened. I can only imagine that, in China, this is the way waistcoats are favoured; I personally prefer them to be very tightly fitting, even a summer linen one.

When I contacted Matthew A Perry, they offered money towards alterations, which I had completed at my favourite tailor, Cad & The Dandy.

So was the experience worth it? Overall, I would say that it is. I am happy with the altered suit. It’s not perfect, but then it’s priced at roughly $300 (including delivery). The process is a little unusual and it feels strange not to receive a fitting from anyone – particularly when you are dealing with traders whose first language is not English.

However, it is quite clear that they are very eager to please and provide a service of value for their customers. Their emphasis is on fit (don’t expect details like working cuffs, unless you ask for them) and I could sense their genuine disappointment that the waistcoat was not up to scratch.

It’s not all blind buying either. You can order swatches of fabric for the suits and if the suit is deemed unalterable by a local tailor, Matthew A Perry will remake it for free. It might sound like the tailoring equivalent of fast street-food but it’s honest about what it is and what it does; provide value for money custom tailoring – without the margin-hunting bluff of being ‘bespoke.’ 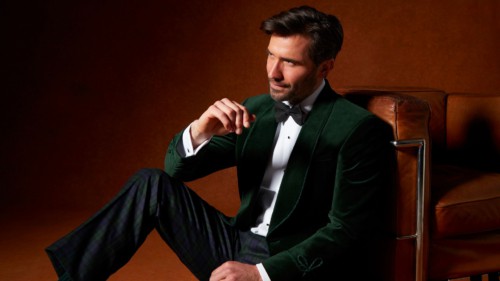