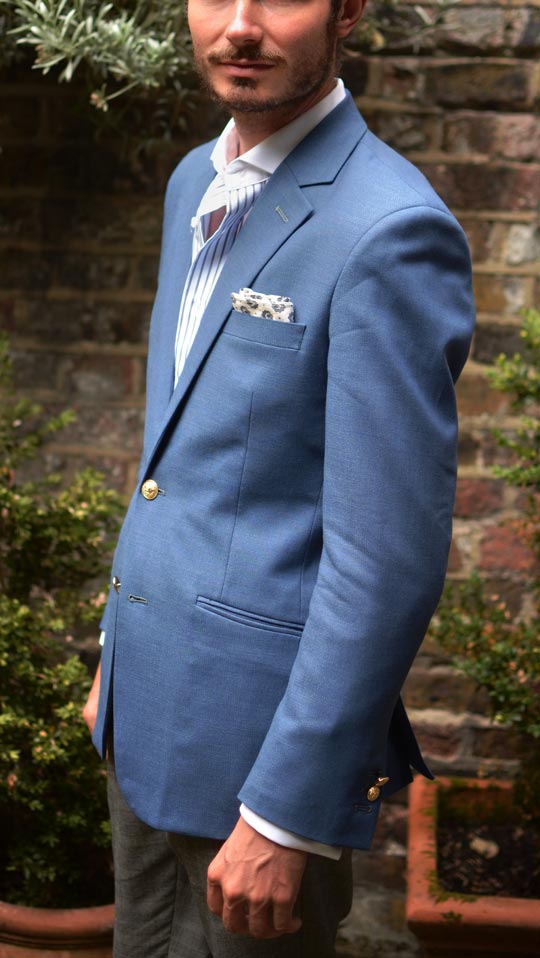 The girl who made this remark was twizzling the straw in her drink, in lip-biting admiration of a group of sartorially well-clad men.

“What about blazers?” I asked, cheekily.

“Huh?” she admonished, realizing that I was clad in what could only be described as a blazer. “Wait. Aren’t they like suits? I thought they were for old men…”

The blazer name gets a bit of a raw deal. So much so that few stores actually call their blazer collections by their true name: “Casual jackets”, “Sports jackets” and, inevitably, the simple “Jackets” seem to be preferred by many retailers.

The ‘blazer’ connotes something a little different, a little retro – perhaps even something more dowdily formal.

When I was asked by Tailor4Less to design a collection of blazers, I was therefore determined that the collection should counter these misperceptions. 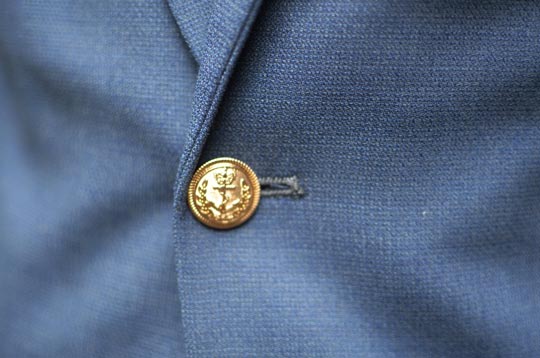 There would be a staple navy blazer with brass buttons – in full Brooks Brothers style – but the rest of the collection would be focused on variations around the blazer theme.

The collection was partly inspired by Mid-Century fashion, when men’s sartorial separates began to break away from the Inter-War conservatism of navy and grey. 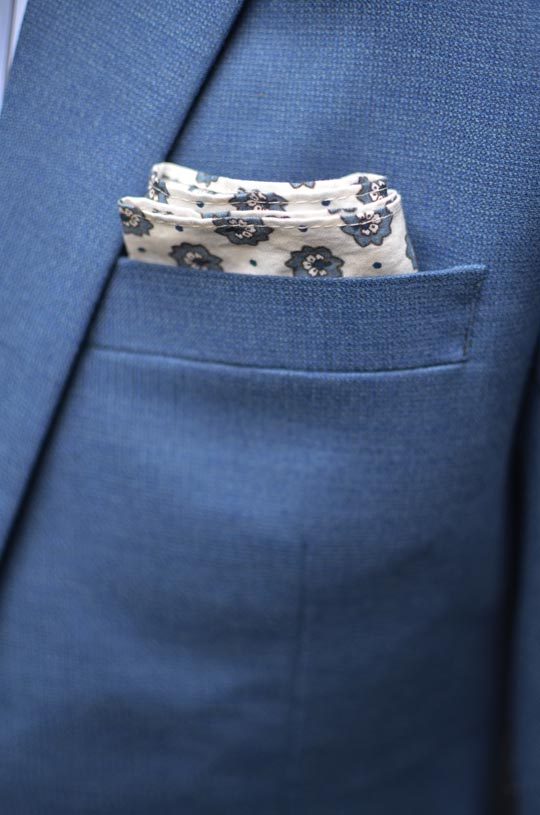 My first visual was of a bright blue summer blazer with brass buttons, worn with light grey or white trousers and a pair of tan penny loafers, the brightness of the blue countering the stiff formality of an equivalent design in navy. 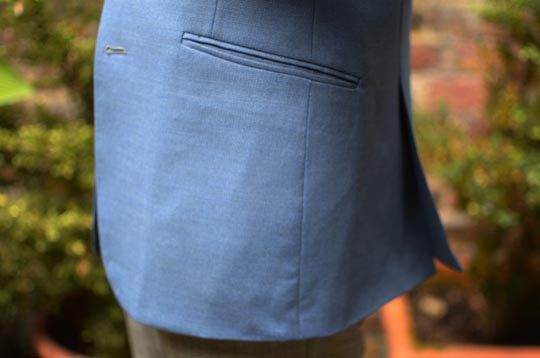 There were also some Mid-Century classics. A light brown corduroy jacket – partly inspired by the jacket worn by Matt Damon’s character Tom Ripley in The Talented Mr Ripley is the perfect cosy friend for long, sleepy journeys.

A double-breasted light grey blazer in a light, Italian wool is perfect for pairing with blue and dark grey trousers – to contrast with the typical pairing which reverses this colour combination – and a light green blazer is a fun nod to golf club retro that can be worn with a blue shirt, a pair of grey flannel trousers and chocolate brown shoes.

Finally, a double breasted blazer combines a design classic with modern updates; a subtle mid-blue instead of navy, silver-tone metal buttons and patch pockets ensure that it looks and feels contemporary.

The key to wearing blazers is not to take them seriously. The colours and embellishments are there to be enjoyed, not revered. Unless you happen to be a genuine seaman, no one is going to reprimand you for slouching in your blazer.

As always with Tailor4Less clothing, the blazers in this collection are cut to your measurements. They are not ‘off-the-rack’ and as you can see, they fit admirably well.