A Man On A Mission: The Perfect Soft Roll Button Down Shirt 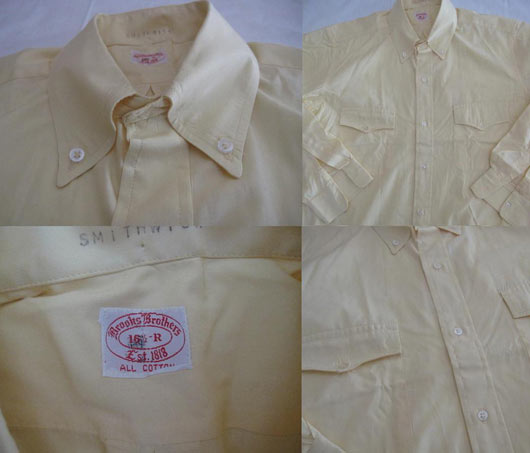 Long time readers of Men’s Flair may remember that a while back I wrote of my desire to set up my own clothing label; and that the first product I wanted to offer was a perfect soft roll, button down, oxford cloth shirt.

This whole endeavour was dependent on two things happening. The first ‘happening’ was laid down by my girlfriend, Westie. It ran along the lines of: leave Parliament, get a well paid job, and then you can engage in your schemes.

Well, as of Friday I’m pleased to say that criterion has finally been met. Not a terribly easy task in this market, finding a job is almost a full time job in itself.

The second thing I needed to happen was to lay my hands on a genuine, indeed legendary, vintage Brooks Brothers version of the soft roll button down. Not quite in the same league of ‘happenings’ as the first, but as necessary a step.

The key is forming the unlined collar and the positioning of the buttons, but to get my template design right I wanted to see and learn from the genuine article. Sadly, not even Brooks Brothers make such a shirt today, and while there are a few modern examples available, in my view they cost far too much.

However, finding such a shirt has proved problematic and I’d all but given up hope. And had it not been for Giuseppe Timore I would have. Those whose interest in clothes extends beyond mere designer labels will know that Giuseppe is the talented man behind the original, enjoyable and extremely well written An Affordable Wardrobe.

If thus far you are unfamiliar with AAW, it’s a blog I strongly recommend, particularly for those with a bent towards Ivy League dressing. What makes it so original is that Giuseppe is all about the pleasure of clothes in its purist form. His considerable repertoire of classic ‘Ivy’ looks all come via thrift stores, a mode of shopping he’s turned into an art form not just a way of life. I’m already a paid up member of the vintage school, but for those who believe being well dressed is a mere matter of money AAW is an eye-opener.

Taking his love of classic clothing and vintage Ivy to another level, Giuseppe has opened up An Affordable Wardrobe online shop. Worth checking regularly, I’d previously had little luck finding the particular shirt I’m after. But, just as buses only come in threes and at once, I got the offer of the job on the Friday and on the Saturday morning while browsing Giuseppe’s latest offerings I struck gold. The shirt I’d been looking for. Bingo. 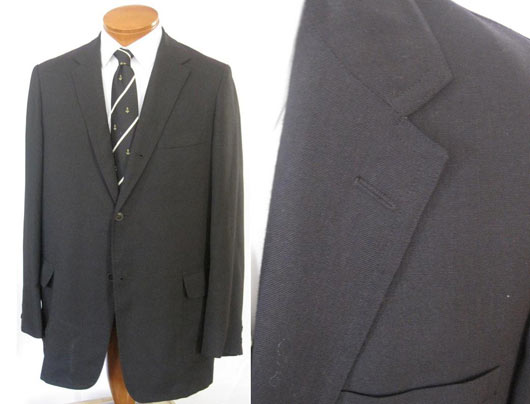 I also couldn’t resist picking up a couple of hopsack patch pocket blazers; one is an original 1960’s J. Press, which for the money was too good an opportunity for an Englishman to pass up. The items will serve as useful templates for future bespoke commissions, as well as being ideal additions to my current summer wardrobe.

These goodies are winging their way across the Atlantic, and the next task will be to take the shirt to my shirt maker to begin designing a future template. I’m a man on a mission.