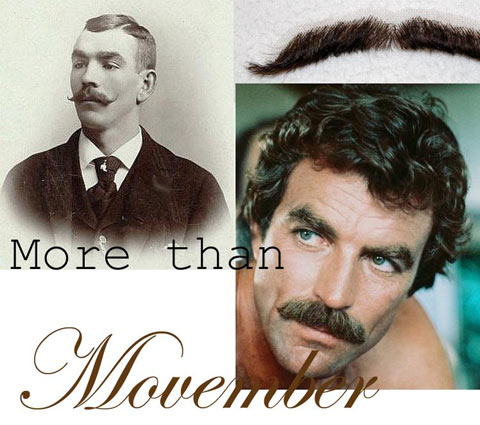 When I had shaved off my Movember moustache on the 30th of last month, I touched my naked upper lip with a sense of relief; as much as I admired the ‘real man’ aesthetic of it, the unusual discomfort it caused my upper lip made me yearn for December. Interestingly, I had received a wittily penned comment from a reader that very afternoon which provoked me to ponder the execution of the shave;

“A moustache should be for life. Not just Movember. Discuss.”

This particular reader had already provided a contribution on the topic to The New Gentleman, arguing that men who had so earnestly taken to a month of growth should “think twice before condemning the creature to the razor’s blade.” The reasoning implied was that fashion had maligned the moustache; it was clear that many men were enthusiastic about the challenge and the aesthetic of upper lip hair, so why did they not shun the female dislike and the current vogue of facial hair and simply keep it going?

Aside from punctuating the face with a little hair artistry, the moustache also adds a tidy reminder of masculinity. Back in the 19th century, the clean shaven children of Regency England discovered that in India, the growing of facial hair, at the very least a moustache, was essential to being taken seriously in command. From there, they transported the fashion of the lone ‘tache back to Victorian London and from there, it reached the rest of the world. However, even during its high vogue, views towards the attractions of the ‘tache were divided; women’s views could be extremely positive and downright lustful or they suggested scorn and even fear.

Nowadays, isolated upper lip hair is universally disliked, which explains why ‘endurance’ charity campaigns like Movember are so successful; a similar charity based on men achieving a month of short back and sides is hardly likely to raise anything at all. However, the more I think about it the more I understand the attractions of not only the growth but the craft of moustache care. The soup-strainer, like ballrooms, pocket watches and walking canes, is the relic of an era; in my Movember guise, I was compared to Bogart gumshoes, Victorian gamesters and David Niven.

Perhaps I should have kept it going.