Notes from a Huge Island 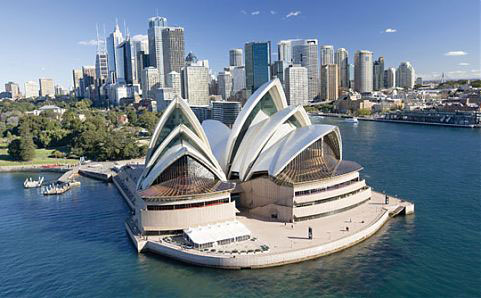 When I arrived in Australia last week, my first visit to this enormous country, I stumbled out into the sunshine like a desert nomad stumbling through the dunes. Wracked with intense tiredness, the mid-morning heat of a Sydney in late-spring was punishing to my winter-conditioned skin, now shocked into prodigious perspiration. Memories of visits to Greek Islands in high-summer came back to me; that blast of heat through the nostrils, the first beads of sweat on pasty skin.

Despite this familiarity, this journey was different. Unlike my jaunts to the Aegean, this was no holiday. The delights of Sydney were to be confined to a few spare hours. And unlike the short hops across Europe to one of the continent’s various, sun-baked airstrips, when the immediate memory of my origin – a cold and dark Blighty – was still possible to recall, arriving in Australia felt exactly as it should; as if I had ventured to the furthest corner of the globe.

Despite the fact I have never been before, and bearing in mind its geographical remoteness from the UK, I was surprised at how familiar everything felt. Well, almost everything.

There is a Hyde Park. There is a St James and a statue of Queen Victoria. There is an Oxford Street and a Kings Cross. There are statues of tri-cornered Yorkshiremen and a bridge designed in Middlesbrough. There is that most English of shopping emporiums, the Victorian covered arcade.

However, despite this I felt much the same way that Sting claims he feels when strolling through Manhattan. Like a legal alien.

I don’t often feel self-conscious about my clothing, at least not as much as I used to, but in Sydney I experienced more raised eyebrows, whispers-behind-the-napkins and ill-disguised curiosity than anywhere else.

By my tastes, my Sydney wardrobe was restrained. Blue and white shirts, some cotton ties, plain pocket squares and linen suits. This wasn’t a mardi-gras; it was a business trip and needed to be treated as such. However, it was still evidently of fascination to the flip-flopped, surf-haired residents of Australia’s most populous city. “Sydney” one chap told me “is definitely smarter than most places in Australia. A lot of people wear shirts and ties to work here.” The problem? “It isn’t the lifestyle that people want.” Well, that’s true of Britain. And America. And almost anywhere these days.

So what’s different? Sydney’s lifestyle is much more relaxed than that of London. Ease and comfort is important, far more so than status or personal image, which many might claim is admirable. However, sometimes it jars with the lifestyle. I went to the famous Opera House one evening where young people dressed in t-shirts and jeans, who I would never assume had any interest in classical music, were sat in the concert hall in rapt attention, clearly enthused.

On another evening, a post-concert group stopped by the lively Opera Bar wearing Hollywood black tie and sat amongst their friends; a group of people in shorts and sandals carrying skateboards. It suggested to me two things; firstly that the gentleman who claimed it isn’t the lifestyle people want might be wrong – if you can get into the Opera House wearing jeans and a t-shirt, why wear black tie? And secondly that Sydney’s relationship with formality in costume is more complicated than it first appears.

When the barman told me I was wearing a nice tie, he was ingenuous; most of my experiences of people telling me I have a ‘nice tie’, including in London, are designed to be moments of cutting sarcasm. Curiosity about relatively formal elements of costume like pocket squares, ties and spectator shoes is conspicuous in a country where most of the inhabitants spend most of their days in flip-flops, shorts and t-shirts. However, this curiosity should not be assumed as unfriendly suspicion.

Australians have a reputation, however unfair, for sartorial slovenliness and a taste for ease on all occasions; people who would sip $200 pinot noir and dine on fine food whilst lounging around in Billabong shorts. However, this is appears not to be a costume of insistence, but rather a costume of habit. Though the vast majority of the inhabitants live in greater urban areas on the coast, a lot of the stores are focused on items of practicality rather than items of decorative value. The environment and surroundings, much like the hot countries of southern Europe, dictate lifestyle and by extension, clothing.

I was most struck by how far I was from home when I walked past a store window packed with mannequins in board shorts and printed t-shirts, with a slogan stickered across the glass reading something like this; “Christmas 2012: It’s that time of year again. A time for sun, surf and seasons greetings.”