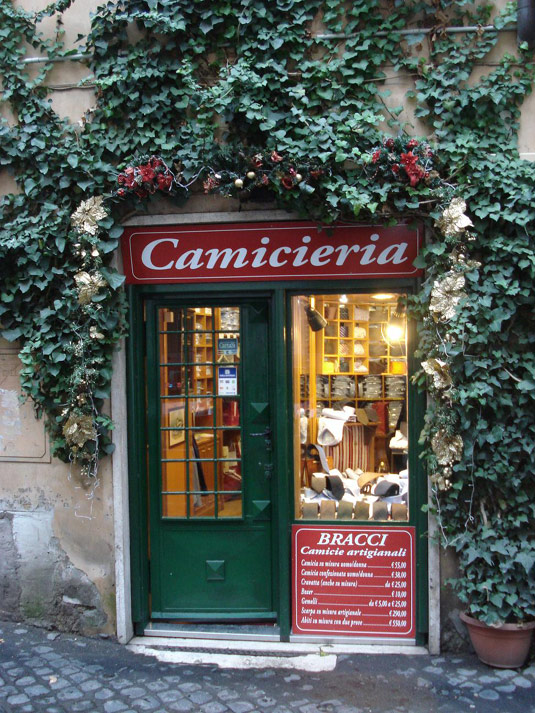 Well I made it back from Rome, with fewer brain cells, substantially less money and mercifully no criminal record. Suffice to say a very good time was had by all.

Rome is a truly beautiful city, and I could see myself living there for a spell. I expected to see some well dressed people, but what amazed me is just how many well dressed people I saw. Of course it’s easy to discard that which you see every day and fall for the seductive power of ‘different’.

But for all England’s clothing heritage and influence upon the world, in truth very few men here actually take the business of dressing well seriously. The majority, correction the vast majority, come under the general heading ‘scruffy’.

But in Rome, aside from tourists, the odd unlicensed taxi driver (don’t ever take them up on their offers) and one or two members of my own group, I honestly couldn’t say I saw any badly dressed people. And it wasn’t so much that I liked every look I saw; but what made the difference was that clothes were well cut, well cared for and clearly an effort had been made to pair them together – something which has to be learned. That I would say is the definition of well dressed, whatever your particular style preferences. Even amongst the young men and women who gathered in the Compo de Fiori to chat and mingle – the way socialising is done in Rome – there wasn’t a frayed jean hem and no one had their arse hanging out over the waistband of their jeans.

All these elements are compounded by the fact – and it was something both I and my mate remarked upon – that you’ll rarely see a fat Roman, and this is despite a diet of pasta. Of course we were encamped in the centre of town, which was decidedly more glamorous than the suburbs, but I thought it was telling.

A couple of times I managed to slip away from my group of friends and indulge my love for shopping. As you may know BespokeMe’s bread and butter is finding independent stores, by no means an easy task. And yet in Rome not only did I get the distinct impression that there were more menswear retailers then women’s wear, but I noticed very few chain retailers (Boggi was one). Most of the shops were small independents producing their own ranges. These varied from tailors and full outfitters to underwear shops. 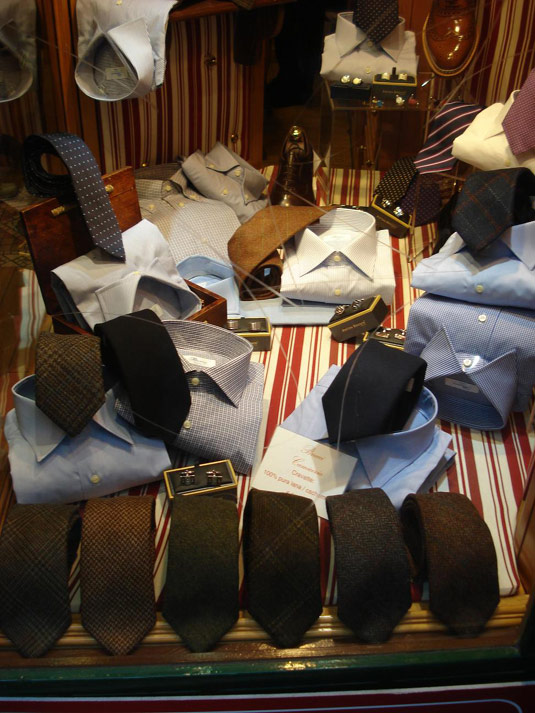 My experience can be summed up in a text message I sent to my girlfriend while on an early morning reconnaissance: “I’m in heaven. I’ve never been in such a beautiful city surrounded by so many stylish and beautiful people”.

In the next posting I’ll highlight some of the interesting keystones of the Italian male’s wardrobe.