On Heritage As Such

As I have mentioned before, the last few weeks have seen a slew of fashion shows and events, and the onslaught of yet another season’s trends and particulars. But, oddly, one of the things making a statement these last few fashion cycles is the notion of the “heritage brand.” Maybe I’m being persnickety, in fact I’m quite sure I am, but this seems a bit dubious and I wish to pick it apart, if for nothing but self-satisfaction.

Right from the start, there seems to me something suspicious about a company releasing a pile of new trinkets under the guise of a return to golden times. Yes, one can correct the error of one’s ways, but the idea of a brand seeing the light and giving up cyclical commercialism in favor of some call to classicism strikes me as unlikely at best and deceitful at worst. I’m not suggesting that heritage brands don’t exist or can’t be positive, I’m just suggesting we keep our wits about us and not let some centuries-old founding date and a bit of faux-aged chintz trick us into re-outfitting our lives.

That said though, many brands do a fantastic job, but only when heritage is more than a byword. It’s all good and well to say you were founded 300 years ago, but if your goods look and function just like the chap’s who opened shop yesterday, I could care less. Two brands in particular spring to mind instantly when I think of real heritage: Holland & Holland and IWC. 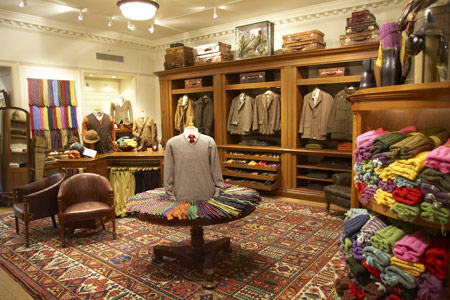 First, Holland & Holland. When creative director Niels Van Rooyen says that he is serious about the company’s history, he’s not kidding. After Holland & Holland was taken over by Chanel and got a bit “fashiony,” Mr. Van Rooyen left to work for the playful spirits at New & Lingwood down on Jermyn Street. But, eventually, the folks at Holland & Holland realized that what the world needed wasn’t some shop claiming to sell “country fashions,” but the authentic, warm, and personal purveyors they had been but a few years before. With the epiphany, Mr. Van Rooyen returned and brought with him the recreation of a hunting tweed that Mr. Henry Holland, the company’s founder, had been photographed in while Queen Victoria was still a young woman. Technically modern, but still woven in British mills in a century-and-a-half-old design, the tweed, along with a collection of other corresponding products, proves that Holland & Holland’s heritage is more than a number on the door.

IWC, although slightly different, has also been a longtime favorite of mine. I’d always assumed their watches would be too big for me and I’d be confined to admiration from a distance. But, last summer, a lady I know who wears a men’s Portuguese convinced me to slip it on for giggles and I’ve been lusting after one of my own ever since. 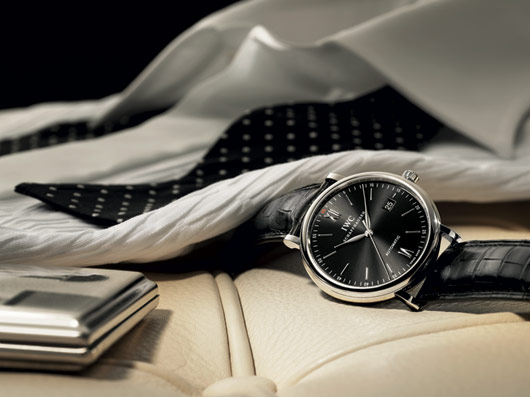 I digress. Born in the later-half of the nineteenth century, IWC combined the ingenuity of American manufacturing with the precision of European watchmaking to create something truly unique in the world. I’ll admit that fine watches really get my blood pumping, but I do find that many of today’s most popular models, although engineering marvels, just leave me flat design-wise. I don’t want a space-age contraption strapped to my wrist; if I did, I’d simply put my phone on a chain and stash it in my waistcoat pocket. In the last few years, IWC has released editions of their Portofino and Portuguese collections harkening back to the early part of the twentieth century, when watchmaking, to my eye, was at its best. Clean design, stunning metals, and an elegance that transcends notions of casual and formal being the hallmarks. A Continuous Lean, a great blog if you don’t already follow it, posted a fine article a few days ago about the new offerings, so I’ll leave the technicalities to them. But, suffice it to say, IWC proves that moving briskly forward can often mean looking languorously back.

It sounds simple when I say it like that, but trust me, it’s not so. Too many brands and labels we see nowadays tout their centenary or some other such anniversary, without so much as batting an eyelash at what got them there. I’m not advocating anachronism, at least not here, but I am calling these so-called heritage brands on the carpet. Heritage, like bespoke a few years ago, and luxury years before that, is quickly losing its true meaning, and we don’t want that, now