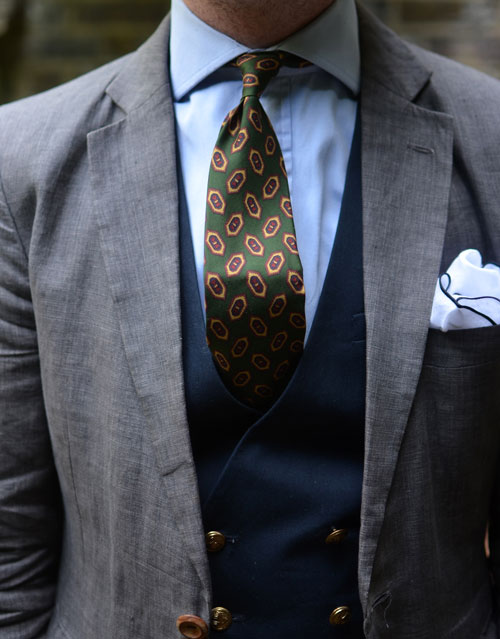 Its funny how often weight is a sign of quality. Rather amusing too, how we remark upon the experience of it. “Ooh” we say, climbing into an expensive car “that door was heavy!” or “Did you feel the weight of those binoculars? They won’t be cheap!”

“Go on, feel it.” The salesman insisted, placing the suit into my hands. I was in a small and very quiet menswear department, insulated from the traffic outside by racks full of rather sad looking suits. Dust was collecting on the shoulders, hangers looked decades old. I felt the hanger drop onto my hand and my eyebrows automatically raised. “That is surprisingly heavy actually” I said. The man folded his arms victoriously. “That’s the lesson for ya” he said “when you’re buying clothin’, the ‘eavier the better.”

This wasn’t a recent experience, but it has stayed with me for so long, mostly because I believe it to be true. It’s not as simplistic as something being ‘properly made’ – an unlined summer jacket can be both light and well-made. The thing is that to make a lot of clothing well, certain materials and procedures are needed which, necessarily, add weight.

However, applying this logic to neckties is apparently erroneous. 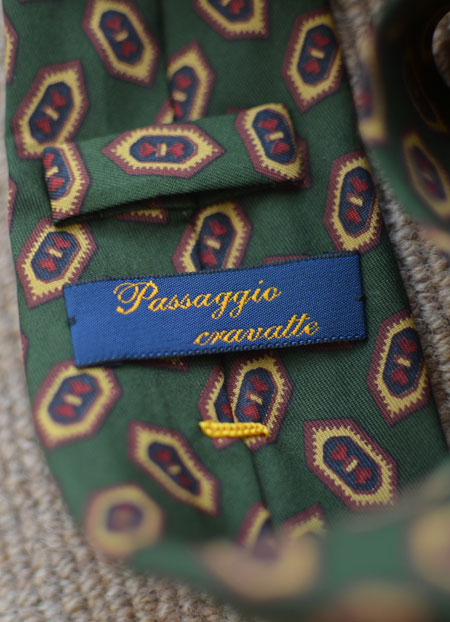 I recently took delivery of a beautiful necktie made by Passaggio Cravatte, a tiny business run from a place called Robbio in the north of Italy by the enormously passionate Gianni Cerutti. Asking Gianni about his neckties is rather like asking about his children. He cares for them, is proud of them, wants them to please you and excite you. I dread to think what he would do if I accidentally introduced mine to a blob of Vichyssoise. The genial Gianni is relatively young, but he has the attitude and approach of an old-fashioned craftsman. It is genuinely rare in my experience to communicate with someone who is so driven by the honesty and integrity of their product. 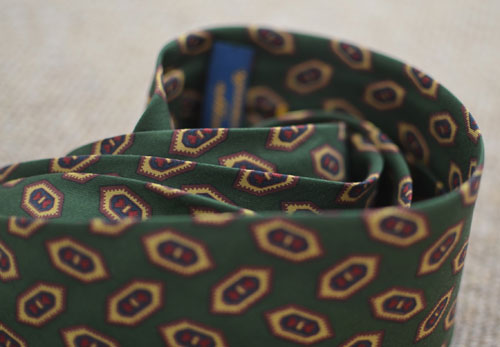 When the tie arrived, the thing I noticed first of all was that it was incredibly light. “How odd” I thought “the Rolls-Royce of ties…feels like a feather.” It was rather unexpected. This is a seven-fold tie, made in a beautiful vintage fabric which means there is a substantial amount of fine silk in the body; I had expected the dumbbell-feeling of quality. The lesson, of course, is that more weight does not a better tie make. 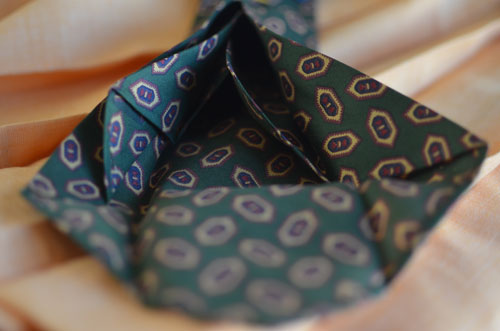 You see, I knew that most (cheap) ties are made using minimal amounts of fabric, and that to add structure, other cheaper material (canvas) is inserted between the layers of silk. I also knew that ‘better’ ties were made from single pieces of silk which is simply folded several times to create the tie. However, what I did not expect was that it would all feel so fine – extraordinarily fine. This was not only a vintage fabric; this was a tie made in a grand, old manner. Not only can I tie tiny knots, the body of the tie is also beautifully flat when hanging, unlike some of my other ties whose bulging, canvas-filled ends cause that unattractive curling.

However, though I can appreciate craftsmanship and quality, the most striking thing about the tie is the beautiful vintage silk from which it is crafted. Of a beautiful bottle green, with a diagonal lozenge pattern, it struck me as something wonderfully Wooster-esque; an inter-war design only archive-hoggers like Ralph Lauren attempt. Passaggio Cravatte have dozens of such fabrics and, the best part is, if you get them to make you one, it’s unlikely you’ll see another as long as you live, due to the small quantities they work with. They also only make to order (to your specific measurements) so you won’t see them ‘in a store near you’ anytime soon.

Unsurprisingly for an Italian house, Passaggio Cravatte is all about craft and love. Fall in love with the fabric; leave the craft up to Gianni and his exceptional team.