I’ve had a bit of an obsession recently, namely patch pocket suits. I should qualify that by saying I’m ostensibly talking about side pockets and not the breast pocket.

You won’t find a great deal said about it in style tomes. Indeed, before putting fingers to keyboard I scoured my bookshelf for some helpful insight or quote.  The best that Hardy Amies can muster up is to say; “Patch pockets look very well on blazers and sports jackets. They look less severe than flaps and the stitching around the pockets is decorative”.

The consensus is that they’re a sportier more casual option better suited to summer blazers. But if anything I think this too dismissive. I’ve always regarded patch pockets as rather louche, a bit like leaving your bow untied and top button undone after a black tie dinner. This is of course the quality that appeals the most. And so I’m resolved to make it a permanent feature of my suiting wardrobe.

We chaps are often content to play things safe, fearful of “getting it wrong”. We stick to what we know, and what we know is what we most commonly see on others – flaps. But to my mind patch pockets when combined with heavier winter cloths like flannel set up a striking contrast of formality and easiness, particularly if you add those other less formal elements of knit ties and loafers. 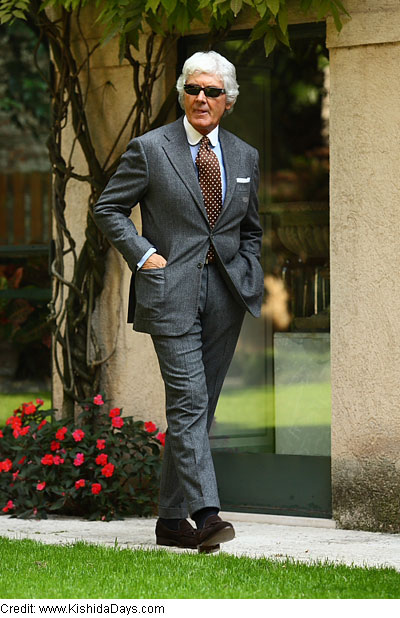 There is one other element to consider. How you wear something is almost as important as what you wear. Carry Grant’s on screen persona of nonchalance and supreme confidence concealed the fact that he was often quite stiff, which was a symptom of nervousness. To compensate he developed the habit of putting his hands in his pockets and, according to Richard Tarregrossa, developed his wardrobe around this requirement. 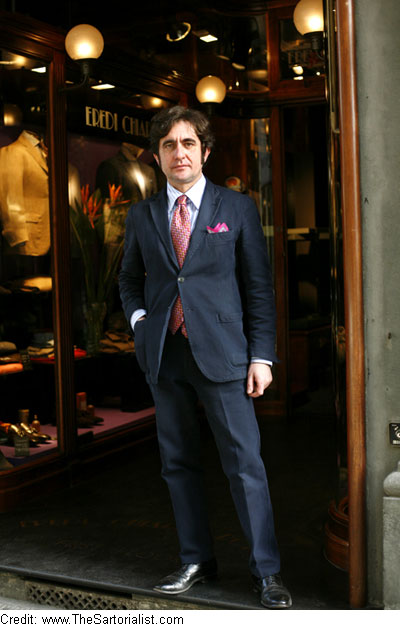 We all suffer with nerves from time to time – I, for example, don’t like entering a room full of strangers. Once upon a time I’d smoke to make myself appear and feel more relaxed. Not easily done now. The ease of access to a patch pocket naturally inclines one to put ones hands in ones pockets. This at least allows one to look at ease, avoiding crossed arms which can look defensive. You may think I’m reaching, but there is a lot to be said for the humble patch pocket.