Reality Bites: Is It All Strictly Useless 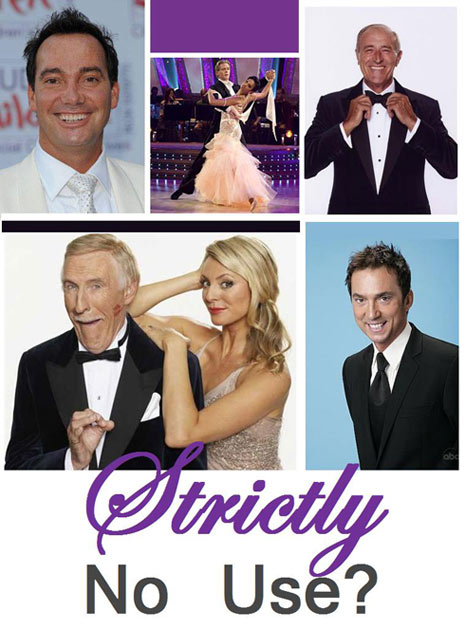 I am not one for reality television. I hardly watch anything on television as it is; whatever draws me to the box has to be something one-off and unscripted (such as a football match) or a particularly good drama series. Following reality television is as alien to me as drum ‘n’ bass music or ‘installation’ art; and it’s certainly not old age, I have never understood these concepts, even in the flower of youth. However, I am not in the majority for there are many who follow, and value, reality television. Those who challenge my support of sport – the sense that you are following something real, that the outcome is unknown – often suggest that reality television, particularly competitive programmes such as Big Brother and I’m A Celebrity Get Me Out Of Here!, offer the same kind of thrill. I contend however that reality television is in most cases, aside from the public’s input, to some extent ‘scripted’ otherwise it could never receive the financial backing from those who have facilitated its filming. Investors always like to know what they’re getting for their money and reality television is no exception.

I also believed that reality television contributed to our new zombie nation. That many viewers are actually susceptible to manipulation through performance should concern, or delight, all who are in positions of power. However, recently during a viewing (which I had to endure) of Strictly Come Dancing – a ridiculous title for a show – I realised that there might be some good to come of the format of reality programming after all. For despite the asinine opinions, garish lighting and levels of glitz and sparkle that would make Elton John blink, the show does have redeeming qualities. Dancing is an attractive and admirable activity to advocate; it’s good for health, promotes elegance and reengages the public with, in our current musical climate, what is really a dying art – moving in a complementary fashion to a melody and rhythm. It also has the benefit of reengaging the public with clothing that is often seen as fusty or (I despise the tag) ‘posh.’ Rugby players, admired actors of stage and screen and crumbling celebrities have all been seen in dazzling white tie, no doubt provoking comments of ‘Oh! Don’t they look smart?’ in many sitting rooms up and down the country. When such beloved and ‘humble’ figures are seen to dress thus, it is peculiar how acceptable and acknowledged it becomes. No longer is it something they ‘don’t understand’ – for they had seen it last Saturday on their favourite leading man.

The other benefit of this show is the presenter Bruce Forsyth who, despite the garish surroundings of the studio, manages to dress with a restrained flair. Much to my relief, the show advocates black tie like no other – and it demonstrates the impact of the practice, and its superiority, by its juxtaposition to the ‘modern’ black tie. The only characters who dress well are Mr Forsyth and one of the judges, Len Goodman. Their staple is black tie but they vary the style of their evening dress from week to week – colours of waistcoat, width of lapel, size of bow – all contributing to the likely positive acceptance by the public of the differentiations possible with evening dress, and the idea that elegance is desirable and achievable. Both achieve solid 8s and 9s. By far the most poorly dressed of the male quartet, Craig Revel Horwood and Bruno Tonioli dress in that careless, ‘young Hollywood’ fashion; Tonioli with his ghastly, glittery tone on tone bringing back nightmares of a similarly attired Chris Tarrant, and Revel Horwood, though he has occasionally worn a bow, in his inoffensive but cheap and lazy ‘modern’ black tie. Both would be very lucky to receive anything more than 4.