Reiss Made to Measure 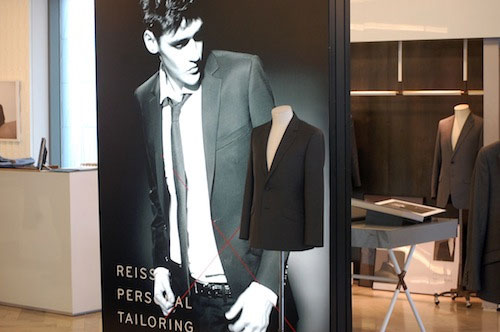 Personal tailoring is, without a doubt, the most magnetic vogue of the past five years. Since the New Dawn of the mid-noughties, the process of ‘getting something made’ has come on leaps and bounds.

Before this renaissance, tailoring only really existed in a few limited worlds. The most splendid of all, Savile Row, provided but small inspiration. The grand and dusty emporiums that make its name, rich with history and fame, lacked the democratic touch; the numbers in the ledgers forbade its bespoke experience to all but a privileged few.

New tailoring was inspired by the lack of something, not the presence of it; the void between off-the-rack and the Row. In addition to the new firms that sprouted to take advantage of the interest in competitively priced made-to-measure and bespoke suiting, bigger brands realised that they couldn’t be left behind. If customers started walking through the doors asking for ‘tailoring’, it would do the brand identity no favours if none could be offered.

Reiss have been quietly offering made-to-measure suiting for about three years. Unlike other premium high-street retailers, they haven’t really embellished their personal tailoring offer. There is no inaccurate guff about ‘full bespoke suits’ in their materials and their assistants rather bluntly referred to “the generic Reiss block” as being compatible with my frame. In fact, the explanation of the product is very simple and honest. 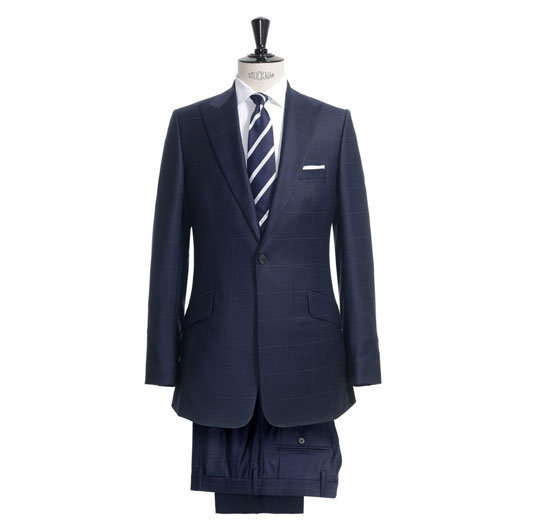 There is one small book of swatches of mostly pure wools, with a couple of cheaper poly-wools, and you’ll find most of them on the racks of suits in store. It isn’t a particularly varied book; there are few loud patterns, virtually nothing original. Slate grey and blues dominate, very much within the Reiss standard.

Beyond that, there are only five or six further stages to consider: choosing a suit or separates; a jacket style – tuxedo, one button, two button or double-breasted; a peak or notch lapel; slanted or straight pockets; cuff buttons; vents and trouser pleats.

The process is rather simple. Reiss measure you up in store, you make the vital choices and they order the suit to be made (in Morocco). It’s not oversold. In fact, the assistant I spoke to informed me that it was only about £100 more than the off-the-rack price and while this represented “a good price” the standard Reiss suit is already “pretty good.”

The average spend is about £600, which isn’t inexpensive. There is little to no personalisation, no hand-sewn details; “This is how it comes” the assistant said “it looks pretty much like a normal Reiss suit.” The example shown was almost entirely finished, ready for the fitting. “This guy was pretty small, as you can see.”

The only real problem with the product is that it won’t suit those who have their eye on natty fabrics, or interesting cuts; they can add a waistcoat, but only a single-breasted six button and if you want a suit like those worn by Steve Buscemi in Boardwalk Empire, this is not for you.

However, for a great number of people, this is what they want from tailoring. A brand with high street presence that can offer fairly standard, slick-looking suits fitted to your frame – for a slight premium on the off-the-rack version. The swatch book is simple and the pricing transparent. It might not have the gilded glamour of an 18th century dressing room or the romance of a Parisian artisan but Reiss’ quiet personal tailoring service deserves a little amplification.