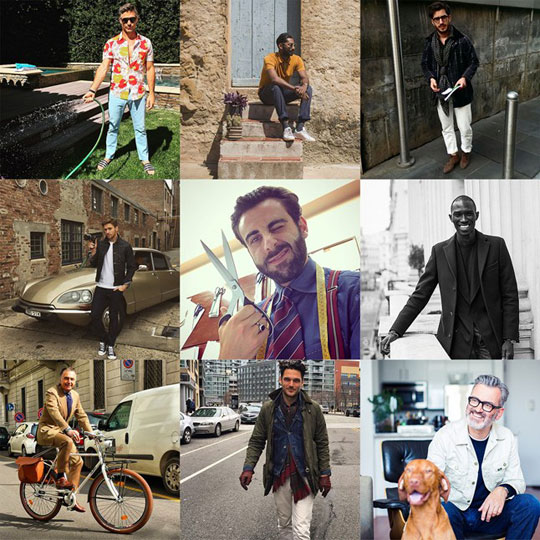 “You want to know why she has so many Instagram followers?” chirped a colleague, in an irritated fashion “because she’s a skinny model. It has nothing to do with her style.”

My ears pricked. An intense discussion was breaking out in my immediate vicinity. The subject of discussion: Chelsea Ciara – a model and Instagram sensation.

“It’s just because she’s famous” someone else added, conclusively while another contended that “she only became famous through Instagram.”

They flicked through the pictures on her account, emphasising their negative viewpoints on her style with grunts of faux-shock: “Ugh!”, “No!”, “What?!”

A man had entered the conversation with an unwelcome remark. It silenced the critics suddenly.

“See!” said the initiator “She’s pretty, and skinny. It has nothing to do with style.”

Like most content from Generally Questionable GQ, I put my tongue firmly in my cheek when reviewing it. There’s always an angle, always a filter applied (no pun intended) that makes these suggestions fit with the publication’s ‘aspirational’ image.

The 50 men were indeed a stylish bunch, with an impressive range of ages; there were rapscallions in their early twenties and world-weary gents in their late 50s, proving once more that male style transcends age groups and generations.

They were positioned as second division style influencers, after the premier league of powerhouse contributors like Johannes Huebl and Adam Gallagher, due to the fact that they “hadn’t yet broken 40,000 followers.”

However, their style is most certainly not second tier.

A mixture of tailoring aficionados, casual streetwear kings and denim lovers, they live in Miami, Hong Kong, Naples and Sydney – as well as the inevitable London and New York. They have different approaches, different side interests; a number also tread the well-trodden Instagram path of hashtagging travel and food, but others are passionate about their local town, types of coffee or artworks.

However, despite their age differences, their diverse tastes in clothes, their multitude of interests and variety of facial hair, there was one common feature that united these men beyond their undeniable style: their looks.

Whether 22 or 42, long haired or high and tight, street-styled or sartorial, each and every one of these ‘must follow’ individuals were well above average in the looks department. Indeed, many of them are models – or have modelled for brands. They aren’t just confident dressers; their desirability goes beyond their ability to pair a pocket square with a patterned tie. They are the living mannequins, the real-life muses. They look good in a way that others could not.

Admittedly, some of these individuals are so stylish that it makes them even more attractive than they are, but I think the fact remains that all of them successfully dodged the ugly stick.

Typical and predictable? Well, yes and no.

It’s certainly typical of the Instagram age. While these men are undoubtedly more talented with a wardrobe of clothes than the average #WIWT punter, complete visual fulfilment is a real concept that women have become all too familiar with over the last three decades. Classically good looking people look more stylish than average or ‘ugly’ people because their entire image is worthy of imitation. People want to look like them – mainly because they, and other people, find them attractive. Their looks become entwined with their style and convey a lifestyle image that is multi-dimensional and vivid. People want to embody them.

I saw a comment made by a follower of a stylish male Instagrammer that alerted an acquaintance of the benefits of following the user in question: “This is who I was talking about, u [sic] should follow; just pics of good looking guys in suits.”

However, as typical as this might be of an increasingly visual, Tinder-obsessed generation, it’s not that typical of men in general.

For a straight man following lots of good-looking guys because they just happen to be ‘very stylish’, there is an awkwardness that is undeniable. I have seen countless, less conventionally good-looking men on Instagram whose sense of style is positively epic. They don’t have the body of Michelangelo’s David, impossible cheekbones, insanely alluring eyes or a ruthless jawline but they do the best with what they have. They might not look semi-model like in every selfie, but they have an amazing ability to combine colours and textures; and despite not being a double of David Gandy, many of them dress far better than he (or his stylist) could.

Is it impressive that Adam Gallagher has over a million followers when nobody I ask has any clue who he is? Undoubtedly. Do I think his celebrity on social media comes solely from his sartorial craft? No way.

Do I think ‘attractive’ people look better in the same clothes? Sometimes, yes. Do I think it’s fair? No.

But neither is life.

The simple rule for complete Instagram domination, for men as well as women, is simple: be famous and good-looking. You only have to look at the most-followed for verification of this.

And let’s be plain about this; this is not a case for ‘it’s subjective’, the ‘eye of the beholder’ nonsense. A spade is a spade. If you are not famous and happen to be stylish, you’d better hope you have looks on your side. Instagram is no friend to the average-looking man.