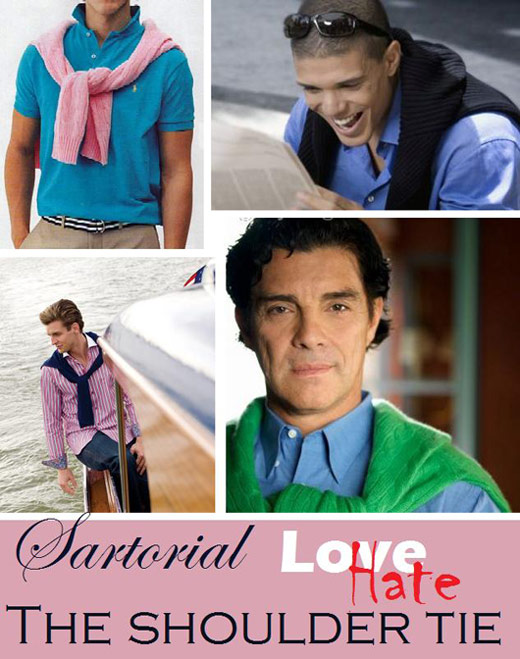 Preppyism, that smart, collegiate and usually colourful attire, is one of the most enduring and yet one of the most vilified forms of dress. For though it finds back slaps, handshakes and approving bonhomie in the boardrooms of the bankers, the bars of the elite and the gin-palaces of the mighty, it is scorned and spited by the proles. Avril Lavigne, that kohl eyed poker-haired teen ‘rocker’, exemplified the ‘popular’ approach to preppyism in her song ‘Complicated’; “Laugh out when you strike a pose/Take off all your preppy clothes.”

Other popular culture has been no kinder to this manner of dress. In Igby Goes Down, Cruel Intentions, Wedding Crashers and just about any other film where the wealthy American elite are subjected to being a morally justified punching bag by the towering hypocrisy of Hollywood, preppy clothes are represented as the attire of evil, the SS uniform of today.

It is little surprise then that this hatred of prep has infected British culture too. The popcorn-munchers, nodding along to the subversive drivel onscreen, have clearly had their taste affected; a female friend of a friend asked me rather awkwardly why I dress as though I live on the Upper East Side; “Have you been inspired by Chuck Bass?” she asked pityingly.  Although I informed her rather dismissively that I was wearing bow ties before Bass was even a scribble on a storyboard, I noted a tinge of disapproval too. Preppyism is apparently the act of appearing wealthy; at its baser end it means the donning of labels and logos – particularly Ralph Lauren – and at the more sophisticated end, the sort of styling that belongs at a mid-20th century Ivy League college. Either way, detractors state that it is an affectation to appear wealthier than one is.

One of the flying standards of preppyism is the classic, and often pilloried, jumper-tied-around-the-shoulders. This affectation is one of the trademarks of the preppy look and its deployment causes ridicule as well as raucous WASPish applause. Practically, it makes sense. It may well be too warm for a jumper in the afternoon but by the time twilight sets in, a chill could descend. It is difficult therefore for anyone to begrudge the use of a jumper. However, is a gentleman justified in wearing it tied over his shoulders rather than anywhere else on his body? Couldn’t he just carry it with him, or fold it in a bag?

Firstly, let us consider the other popular options. He could wear it tied around his waist although this is inelegant and impractical; the kilt-ish jumper would get creased and crumpled from being sat on, not to mention the possibility of attracting dirt and grime. Also the associations of this practice (football hooligans, louts) are far worse than anything the shoulder-tie could muster. It could of course be carried, although this would leave only one hand free; not a happy situation when two hands are required. It could be carried in a separate bag although this would only be convenient if the bag was required for some other purpose.

The problem people have is not with the practicality but the image it conveys; if not a ‘detestable’ member of the upper-echelons, a poor parvenu. It looks pretentious in certain contexts and, rather unfortunately, is a habit that has been adopted, at least in my own circles, by some of the more snobbish and vindictive of people. There is certainly an exaggeration and caricature of the practice and it is arguable that Hollywood’s representation of ‘evil snobs’ in the attire would necessarily attract those who consider it a badge of honour to be such a character. However, each man has his own experience of the shoulder-tie – I have no especial dislike of the practice, and have found my own shoulders useful on a changeable summer’s day – but there are those who avoid it, lest they should be associated with the ‘set’ which flaunts the ‘uniform.’