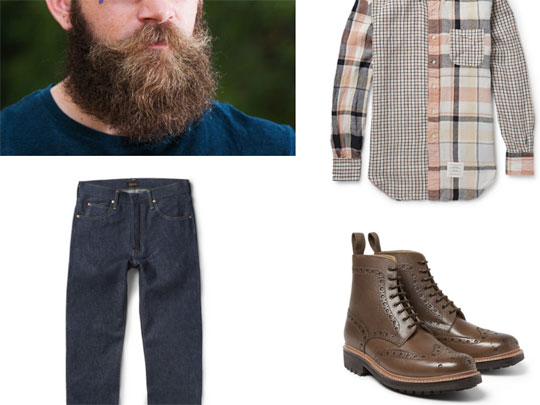 The Darwin man is a serious soul. A ‘transport entrepreneur’ (he sells vintage tricycles to commuters) and a ‘professional mixologist’ (he runs a pop-up bar on the river), he would never admit that he follows anything as frivolous as a ‘trend.’

His beard is a work of art to some, a trimmed hedge to many others. However, it would be foolish to deny that such a growth takes dedication, concentration and a good deal of patience. And don’t you dare call him a hipster; beards run in the blood.

“My dad had a beard” he says “when he was lecturing in East London.”

Despite being of intellectual stock, and not without resources of his own (his grandmother came from an old manufacturing dynasty), he doesn’t appear to believe in bourgeois Britain. He shuns benches and pub tables in favour of concrete steps and kerbs and he gave up an inherited Marylebone flat to live “amongst his people” in an ex-Local Authority building in Hackney.

He is famous for silently hating the broadness of the beard trend, and loathes the thought that someone will confuse him with one of the ‘bow tied, tattooed masses’ from the Kingsland Road.

This serious-minded stance doesn’t prevent him from strutting around in Thom Browne shirts, selvedge denim from Chimala and Brogue boots from Grenson. 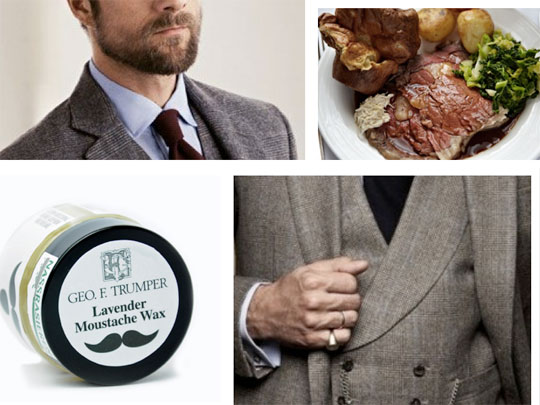 The Tsar is a man of antique grace.

Though somewhat sartorially defiant and resistant to trends, he was ‘jolly excited’ when the whole ‘beard thing’ caught on, because he’d always craved a regal chinstrap of hair.

A bulky former rugby-playing man-mountain with a subscription to ‘The Chap’ and a wardrobe of three-piece tweed and flannel suits – most with double-breasted waistcoats – he embodies the sartorial zeitgeist that marries tailored elegance and beery masculinity.

A barrister in chambers at Lincoln’s Inn, he tells hearty stories of ‘dodgy foreign clients, blackmail and backstabbing’ to eager young pupils and delights in swigging claret with his politically incorrect head of chambers over a roast at Simpsons-in-the-Strand.

He now has a sharp, Edwardian beard with a sensational moustache, waxed by Trumper at the tips, that recalls the fashion of European monarchs before the First World War. 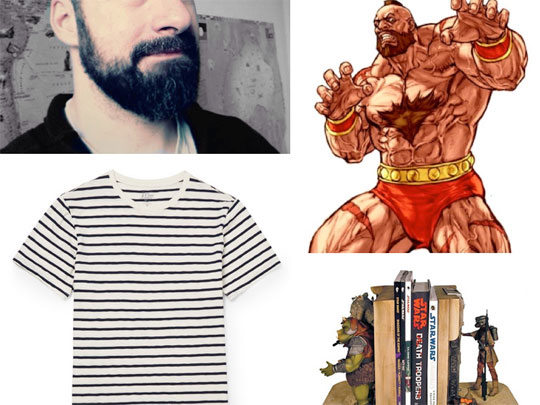 The Zangief man is a big kid – a lamb in the form of a grizzly bear.

Being something of a programming genius, he ‘hasn’t had to grow up’ and face the realities that others must subject themselves to, which makes him a bit of a softy.

A late-night loner and gamer, he found easy work in a Silicon-roundabout startup and took the 10% equity offer as a bit of a gimmick, and couldn’t care less; as long as he earned enough to pay for his ‘insane’ 70” flatscreen, Sonos soundsystem and Star Wars collectibles.

His introverted, geeky and naive nature is belied by his impressive frame, his severe haircut and his substantial facial hair, which he modeled on the Street Fighter character Zangief – ‘he makes beards look awesome!’

With his striped t-shirts from J Crew and his rolled up chinos from TopMan he appears trendier than he actually is, and is often surprised to be approached by women he considers to be above him. 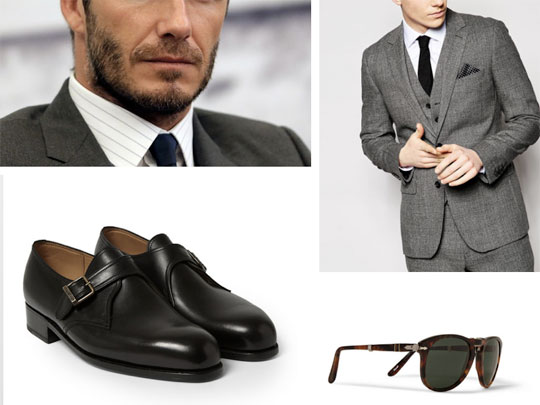 The Beckham man is a man of trends. A dishy insurance broker with a penchant for cheap girls and expensive watches, if it’s ‘in’, you can guarantee he is already doing it. And despite his previous rants about beards being ‘hilariously fugly’ and for ‘unsuccessful hippies’, he now has a facial growth of which he is proud.

Initially worried that his youthful looks would be obscured beneath the uneven tufts of a scraggly beard, it was when David Beckham wore it to Wimbledon last year, with his neat blazer and high-and-tight haircut that really sold it. He discovered the girls in the office gushing over the pictures saying how they had ‘always wanted to date a man with a beard.’

Still, since then, he has carefully cultivated a facial growth something between that of a 17th century French cavalier and an Acqua di Gio model. An awkward mix of contrived overgrowth and meticulous trimming.

He loves mixing this look with his trademark three-piece Reiss suits and monkstraps from JM Weston.