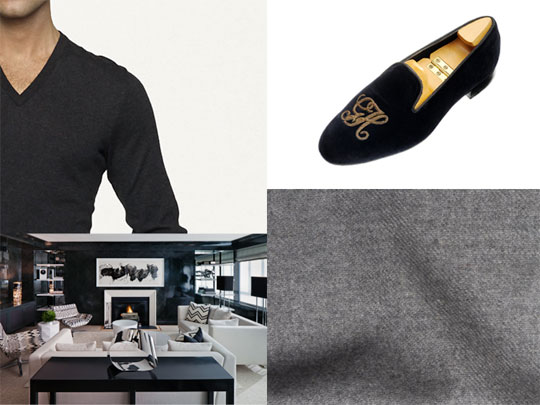 The Black Cashmere V Neck man has had a good year and, tastefully and quietly, he wants everyone to know it. A resolute bachelor, he lives in a family-sized flat without the slightest hint of guilt. His slick steel fridge in his Calacatta-covered kitchen is full: a batch of vintage Krug that was once gifted to, but never consumed by, Mikhail Gorbachev and non-farmed Beluga (illegal and criminally expensive at $5,000 a tin).

His Christmas parties that he throws in his exquisitely subtle but, evidently, expensively decorated monochrome aerie are legendary in a co-op building that makes up for its lack of fame by the quality of its residents. Unlike the other Christmas Day parties thrown on the Upper East Side – “They’re just infested with Russians now” – his party is only momentarily extravagant, only occasionally nauseatingly indulgent. After pottering about checking the bow ties of the waiters, which he had to tie himself, he leans on the fireplace, waiting for the bell to ring wearing slim-fitting, single-pleated grey flannels from Anderson & Sheppard, black velvet slippers from John Lobb, and a black cashmere V Neck from Ralph Lauren Black Label. 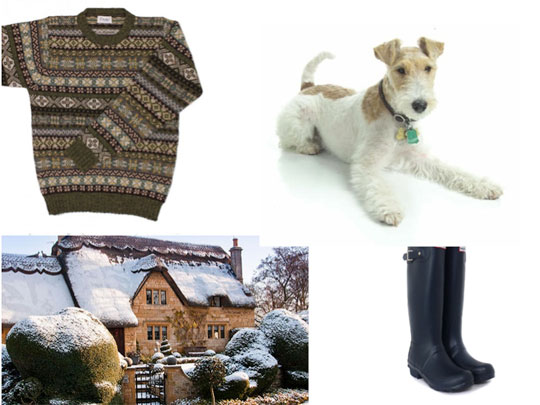 The Fair Isle Crew Neck man lets off a whoop of excitement as the champagne cork hits the ceiling. “Champers is ready!” he calls out loudly to his Christmas day companions, who are relaxing on the warm sofa by the roaring fire. He walks in smiling brightly, handing glasses to his sparkling girlfriend and her disapproving best friend and then drops into the armchair scratching the head of Patrick, a wire fox terrier. “It’s so cute, this cottage!” the best friend exclaims, smiling disingenuously at the host. “It’s just a rental” the girlfriend says winking at her lover, playfully touching her Van Cleef & Arpels engagement ring. The Fair Isle Crew Neck man smiles back. After a lunch of Christmas goose (“You know, my family, we never had turkey”), a substandard Malbec bought by the best friend who, now boozed and postprandial, was positively scowling. She hated how curly his hair was, how tanned he still was from his engagement holiday on Mustique, how he never made much of the fact that he was a baronet and she hated that he used to play rugby for the Durham First XV. He was too perfect. She found it hard to publicly hate him, this man that was due to turn her best friend into a dutiful housewife, and that made her hate him even more. “C’mon girls” he said casually, standing with Patrick at the door in his navy Hunter boots, olive cashmere flannel trousers, Fair Isle Crew Neck from Drakes and battered Barbour “let’s walk off the goose and earn our pud-pud.” 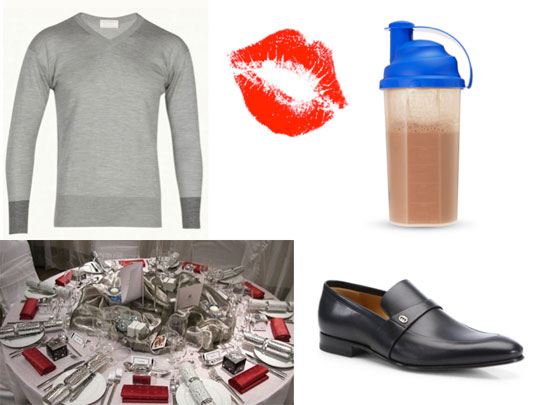 The John Smedley Bergamo man is at his first “singles” Christmas. After being told by his parents that they would be cruising around Australia, he decided to give what his mates said would be “guaranteed Crimbo sex” a chance. After reviewing his carefully, painstakingly cut physique in the hotel room mirror, he sprays himself with copious amounts of mid-range deodorant and dons a pair of slim charcoal trousers, Gucci loafers and his silver John Smedley Bergamo sweater, the fine merino-weave of which shows up his toned pectorals and bulging biceps. He wanders down to the dining room where a bevvy of overly made-up women wait nervously, fidgeting with their hair and reapplying lipstick using the gilt overmantle mirror. “She’s fit” he thinks to himself, looking twice at a smiling Amazonian beauty.

The Christmas meal itself, predictable down to the last cocktail sausage, is an awkward affair, as all members of the party lack the comfort in each other’s company and, consequently, find themselves nervously shifting the food around their plates and shuffling in their seats in order that the brussel sprouts should not have their gaseous way. The John Smedley Crew Neck man happily avoids the majority of the meal, focusing on three very large pieces of turkey – “It’s leaner than chicken” – and eyeing up the Amazonian, who noticed his substantial, merino-encased arms as he reached across the table for the bottle of San Pellegrino. “And now ladies and gentlemen” the maitre’d announces “we have the very special, Christmas pudding!” Catching his eye, the Amazonian prey asks him if he will partake; “No. Too calorific. I’ll just have my protein shake.” 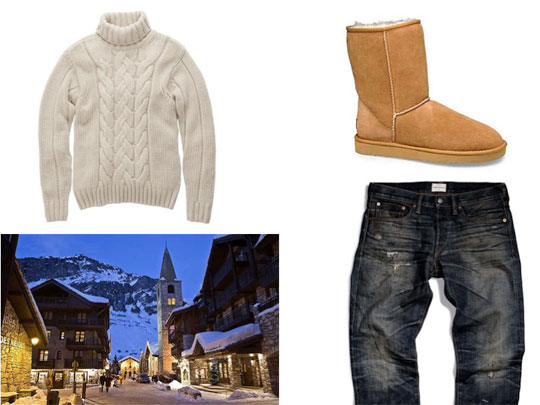 The Gant Cable Roll Neck man is an excellent but truly obnoxious skier. Having decided he was the most experienced in the group, he proceeds to lecture his chalet companions on what they should and shouldn’t be doing: “Tom, you’re not ready for black runs mate, you’re just not ready. You’re kind of where I was, 12 years ago”; “Katie, your parallels are really lazy, you need to bring them in more. You surprise me actually, I thought you’d be a natural.”

His long-suffering girlfriend, Emily, pleads with the group when they voice their irritation during one of his bathroom breaks: “You see, the thing is, he’s really, really good – like REALLY good – and you should listen to him if he’s trying to help you, yah?” A lawyer at a Magic Circle firm and a tenor in his local choir, he puts others’ dislike of him down to his undoubted intellectual superiority and artistic ability.

His attire is smug and uninventive, showing no individual style. He wears what he calls ‘proper’ (read:ugly) skiwear and scoffs at Tom’s stylish Moncler ensemble; “I’ve been skiing longer than they’ve EXISTED.” His only stylish après ski garment is a white Gant cable roll neck, a gift from his girlfriend, which he wears with disturbingly awful jeans and caramel coloured Uggs. “The thing I love about Val d’Isere” he shouts in Tom’s ear as Flo Rida blasts away in a dingy club “is that I feel people here are almost as stylish as I am. Makes me feel relaxed.”

As the group lie back in the hot tub the next day, bitching about his interference – “Why can’t he just shut the f*ck up?!” – he sits in a ski-in bar with his girlfriend, smiling beatifically and soaking up the sun until he notices her digging into the nuts; “Babe, remember, nuts are actually quite fattening.”