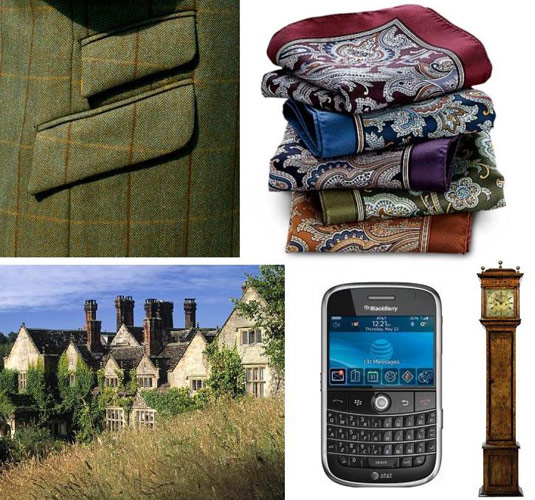 The Silk Paisley Puff man, happily divorced but unhappily retired, still purposefully stalks the corridors of the investment management company he founded more than 33 years ago and for which he accepted, and now regrets, a glittering golden parachute and a token non-executive chairmanship. He divides his time between a Belgravia flat and a ‘small’, Elizabethan manor house in Oxfordshire, where James I allegedly kept a mistress, at which he pretends to enjoy his role as local squire by sponsoring village fetes and throwing a summer music and fireworks extravaganza. He stares glumly at the longcase clock in his dark hall, drumming his fingers on the refectory table on which his Blackberry (‘No new messages’), fully charged, rests quietly. He indulges in reflective self-ridicule; a hard-won life in the country, dressed in tweed, Tattersall check shirts, knitted ties and a silk paisley puff pocket square scream to him not of success but of failure – a failure to live up to their once lustrous allure. 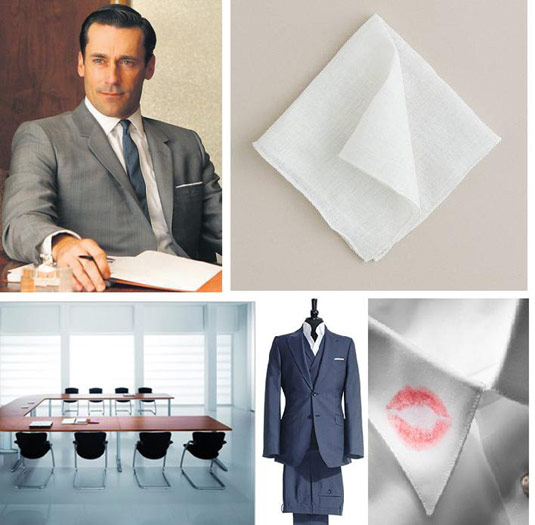 The White Linen TV Fold man is new to pocket squares. It is only a few months since he began to carefully insert a folded Thomas Pink square into the pocket of his Reiss suits. Silently thankful to his girlfriend for conniving him into ‘cosy evenings in’ watching Mad Men, he never admits that Don Draper was the inspiration for his substantially smarter look (indeed, his entire persona). Instead, he airily and unconvincingly proffers that he just ‘fancied a change.’ A ‘senior consultant’ at a nebulous public affairs agency, he is very conscious of his discreet ‘fold’, though it is barely visible, and he is often found in the office toilets refolding it before client meetings.  An unhappy mishap with a colleague inspired him to sew a linen fold into the top pocket of each of his suits, which proved to be an initial success, until an attractive client services assistant he’d been playfully flirting with at a company away day yanked so violently at the square that the linen ripped like a paper napkin. 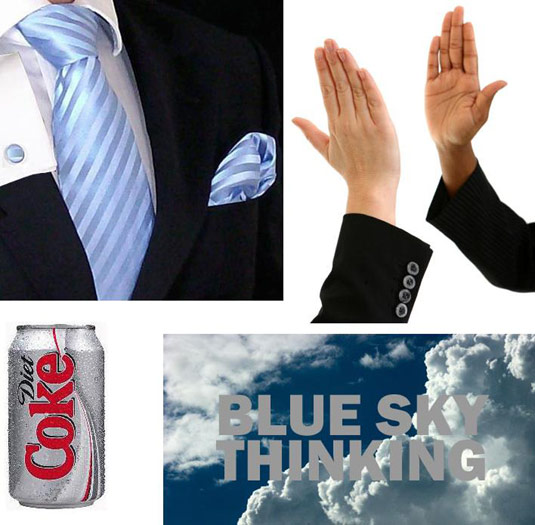 The Colour Co-ordinated Peak man, a Diet-Coking, go-getting, self-taught (and self-described) ‘management guru’ strides through the offices of his various companies shouting hellos at the bemused minions cowering in their desk booths. Ever since the purchase of his start-up by a FTSE listed corporate, he has assumed the role of an energetic paternalistic mentor; a post-David Brent caricature of ‘inspirational leadership.’ He rejects the term ‘employees’ for his staff preferring to refer to them as ‘key colleagues’ and he wanders around pumping his fists and high-fiving in dark suits, white shirts and precisely tonal-matched ties and pocket squares – the latter of which is worn in the mountain-peak style. A collector of nauseating management idioms rather than possessions, he often wears the same combination two days in a row but “…never”, he states proudly, “do I get them mixed up.” 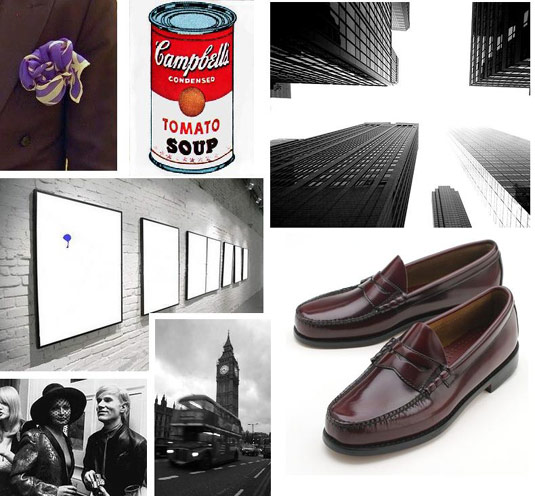 The Misplaced Neckscarf man, so named because the sheer volume of his pocket squares merit no other description, doesn’t do anything by halves although he is, ironically, a product of two different worlds. An early NY-LON Transatlantic childhood, his life was a mixture of ‘arty parties’ thrown by his doting but ineffective English mother, for Warhol and his troupe, at which he was usually left to his own devices, playing soldiers in the shag-pile carpet. Occasional visits to his stockbroking father in London, an Anglophile Bostonian who valued the quiet repose of English country life, introduced him to the world of tailored English eccentrics. An exuberant pocket square is his signature (thin squares, he claims, make him ‘physically sick’) which he wears with blue blazers, white Charvet shirts, Levi jeans and burgundy penny loafers while showing his chi-chi clients around an immaculately white art gallery in Lower Manhattan.