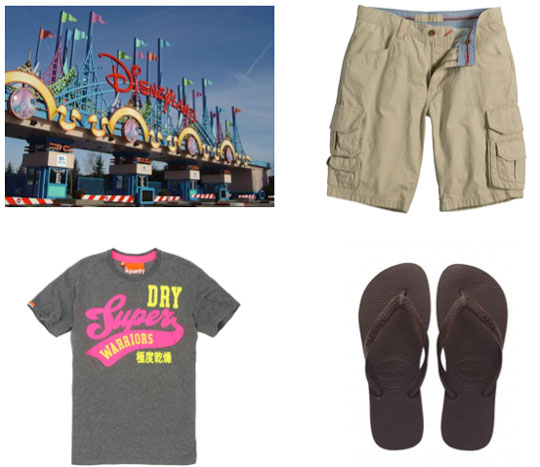 The Cargo Man is in what he calls a “happy” marriage. An IT consultant and the father of three young rapscallions – who constantly pester him for ice creams and piggy-back rides – he spends the summer holiday carting his brood around EuroDisney. His wife, once pretty but now jaded by tiredness, picks up the rear, peering at him silently through her mumsy sunglasses as her children fidget through the pockets in his Cargo Shorts for Euros and sweets. He talks in the third person to his offspring, loudly and childishly, oblivious to the fact that other people can hear him. He pairs his shorts with flip-flops and age-defying t-shirts with faux-collegiate slogans, ever desperate to recall the youth he never had the time nor the confidence to enjoy. 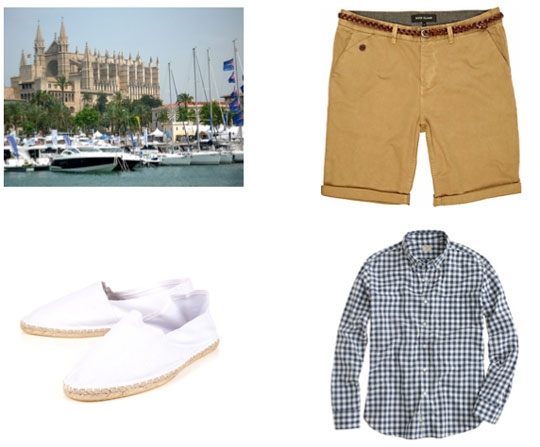 The Rolled Cotton Khaki Man is a bit of a player. He works in the City in a middle-office position at a major American investment bank, but always tells the “fitter birds” he is pushing for “a front office gig.” He lives in a shared house in Islington with two girls, both of whom he has slept with – but neither of whom he would rate as “marriage material.” He holidays in Mallorca with his mates from work, renting a small boat out of Palma, and indulging in the seedy nightlife of Magaluf. Seeing himself as the ‘stylish one’, he wears carefully rolled cotton khaki shorts, a gingham shirt and white espadrilles to a beach club party. His friends’, shaking their head, could only utter the following words: “Mate…mate. What do you LOOK like.” 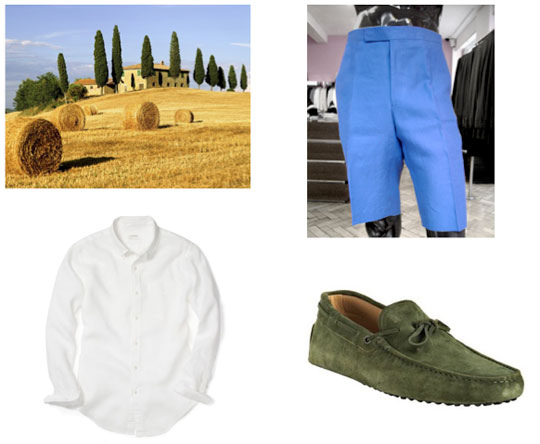 The Royal Blue Linen Man is an Olympian perspirer. With the bulk and grace of a walrus, he stumbles through the summer, permanently parched and short of breath. A successful lawyer and opera aficionado, he spends his post-marriage holidays in Tuscany, downing Brunello underneath swaying Cypress trees and wandering through the spectacular streets of Siena. Combating loneliness, he frequently infiltrates conversations in piazza cafes, excusing himself by offering to share his fine bottle of wine – which is the very last beverage a man in his diaphoretic state should be consuming. As a result of his indulgent lunchtime boozing, he tends to fall asleep at restaurant tables, burning his already reddened face in the afternoon sun, providing a fiery contrast to his untucked, sweat-soaked white cotton shirt and Royal Blue linen shorts. 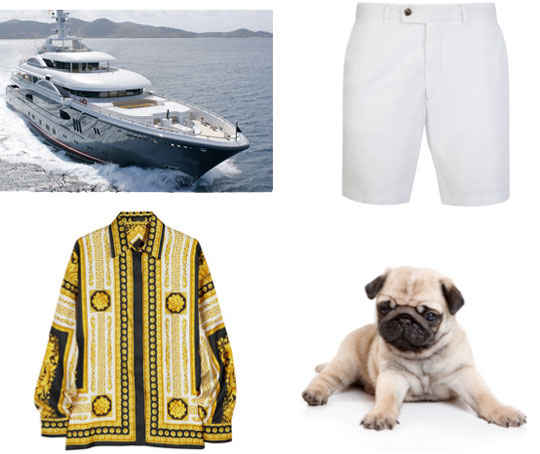 The Tight-Whites man knows no shame. Having shacked up with a succession of bored, wealthy older women – the ‘have yachts’ set – he no longer needs nor seeks the good approval of his peers. Instead, he marches around the marina with outrageous confidence – tiny dogs in tow – in attire that some would attest to be questionable: rococo Versace silk shirts, unbuttoned at the waist, and a pair of extremely tight-white cotton shorts from Louis Vuitton. The fact that the crew chuckle as he passes matters little; he knows there’s a Rolex waiting for him by the time the yacht reaches Monaco. With a slicked side parting and an excessively sculpted, nut-brown torso, he could have been a runway model. Some say that he used to be a waiter at the Hotel du Cap, others that he used to deliver pizza on a scooter in Cannes. “The fact that he admits to neither” the crew say “suggest both are true.”