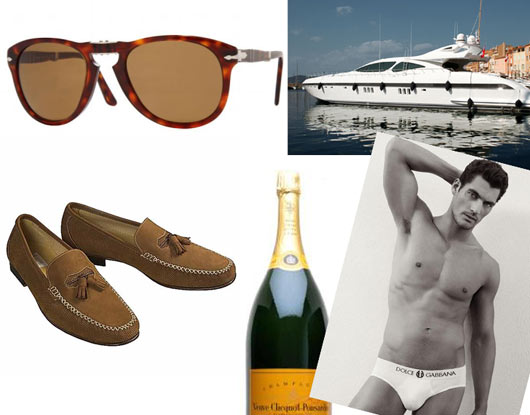 The Persol ‘Crystal Suprema’ man is happy. A wily and witty mate of his just called him ‘the David Gandy of sales.’ It didn’t mean much to him until an attractive secretary he’d had his eye on told him who David Gandy was (“He’s sodding fit! And ‘e’s from Essex as well!”) and showed him pictures of the model lounging around a boat deck in swimtrunks. He’d always been mistaken for a Mediterranean, just like Gandy, although his rasping Essex accent was considerably stronger. He also dresses like an Italian, with open-collared formal shirts, Moreschi loafers, tailored linen jackets and white Versace jeans.

His Persol ‘Crystal Supremas’ (“They’re the dogs, mate”), which he bought at Harrods, always accompany him on his annual trips to St Tropez in the summertime, where he shacks up on a mate’s yacht and spends his cash on Methuselahs of Veuve Cliquot in the glittering town’s choicest nightclubs. 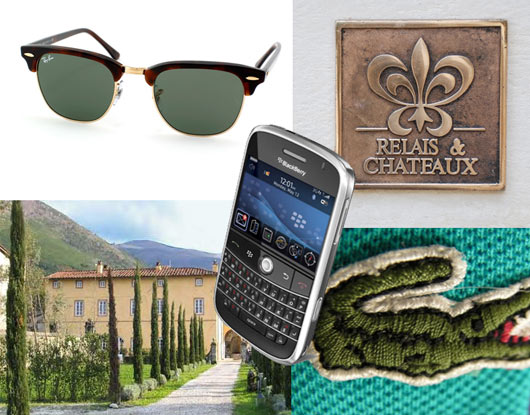 The Ray-Ban Clubmaster man is a straight-arrow-gone-bad. Since graduating from an elite university with a degree in law, marrying his college sweetheart at the age of 20 and buying his first home at the age of 26, he has never looked back. Until he met Annika, the feisty paralegal who he manages to spend entire weekends with at country house hotels on the premise of professional necessity.

He likes discreetly showy restaurants – Relais & Chateaux is one of his bookmarks – and is a self-confessed travel snob; he ensures that his One World gold luggage tag is attached to every last item of his brown leather Dunhill luggage. He collects fine wine, and enjoys brief holidays of bucolic luxury in Tuscan villas with his wife and two young children, where he sits by the pool in his Lacoste polo shirt persistently checking his Blackberry, sporadically listening to Puccini, glaring at his wife reading her book through his black Clubmasters (a present from Annika for their ‘anniversary’). 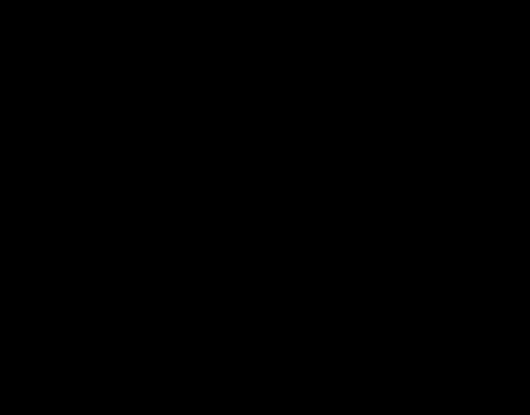 The Oliver Goldsmith ‘Renzo’ man made most of his money in softcore porn in the 1970s and 1980s and has used his valuable connections to expand into the incredibly lucrative live webcam ‘show’ business. He splits his time between an opulent Monaco apartment and a large residence in the Bahamas, where he lives in grand colonial style with his much younger Czech wife, lounging around his breezy open rooms in silk dressing gowns and tasselled slippers, smoking cigars and reading crime novels. Though considered somewhat coarse and presumptuous by fellow members of his ‘golf club in paradise’, he is a sensitive and emotional man who writes his wife poetry and cooks omelettes.

He keeps a gleaming white yacht, called ‘Bosom’, on which he lies tanning his scarred face and considerable bulk, shouting with terrifying volume into his mobile phone, sipping Campari and soda, wearing his Oliver Goldsmith ‘Renzo’ sunglasses 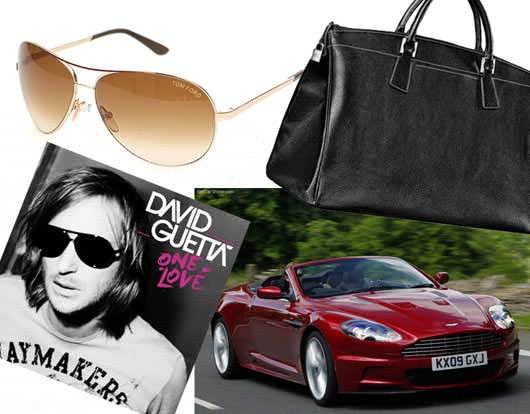 The Tom Ford ‘Charles’ man is an aloof soul. Reasonably intelligent and moderately handsome but enormously self-centred, he was once considered the boy ‘most likely to succeed in politics.’ After an undistinguished academic career, he began his high-octane career in what he cautiously calls “financial services” with the bizarrely singular aim of purchasing an Aston Martin; “Once I’ve got one, I’m out mate. Do something else” he told a disbelieving schoolfriend. Always single, he assuages his anxious parents with a brief annual visit – so brief that he packs only a change of underwear into his black Tanner Krolle weekender – but really makes the journey for a beautiful ex-girlfriend (“She’s like a model, mate”) who lives two miles away and still hopes that he will take her away from her disastrous marriage to a golf club pro.

A man of simple style – he favours black Martin Margiela blazers and grey Dior jeans – he loves to coast around with the roof down on his DBS Volante, blasting David Guetta and catching sight of his reflection wearing his Tom Ford ‘Charles’ glasses.