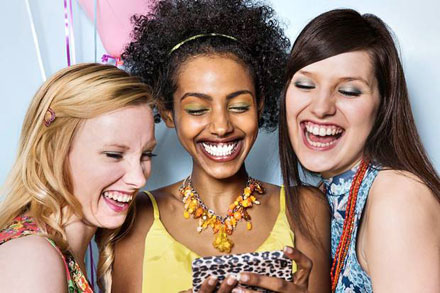 “Bow ties never fail to impress” writes a pouting blonde of 25; “I love the first picture!! So dapper!” a brunette of 30 gushes excitedly.

And then a 23 year old redhead spoils the party: “What’s with the suits? You look so stiff! Good thing you’re cute!”

Welcome to the world of Tinder, sartorialist.

Dating is no longer a qualitative sport. It’s turned into an app-based quantitative exercise (strong emphasis on ‘exercise’).

Instead of hit & miss hunting in bars and clubs on a Friday night, the internet and the smartphone have given singletons the power of selection and preference, removed the awkwardness of rejection and gifted the underrated power of preparation; after all, how many corny lines have you chaps delivered that you have regretted? How many times do you wish, when talking to an attractive potential mate, that the music wasn’t quite so loud? Tinder is the answer to these problems.

However, Tinder doesn’t really work that well. The problem with it isn’t that it is entirely superficial (it is) or addictive (drug like). The problem lies in that men and women use the app in completely different ways.

Why? Because men and women are simply very different creatures.

Not only are most of the women on there guilt-ridden and uncomfortable in using such a horridly shallow system of filtering potential mates, they’re also extremely picky.

Most female addicts of Tinder swipe ‘left’ (i.e. disliking a man). Male addicts, brutally pragmatic, often employ the ‘right swipe’ or the even more heartless ‘white swipe’ (‘liking’ someone before their picture has even loaded on screen).

What this results in is women’s inboxes being inundated with ‘Matches’, as the few she selects very often match with her. Though most women who experience this have enjoyed a brief period of confidence-boost, the majority eventually bore of it – particularly as 80-90% of their matches fail to sustain contact with them at all.

However, despite it being a deeply flawed tool that totally underestimates the attitudinal differences between men and women, it has revolutionized the way men think about how they present themselves to women and, the best news of all is that they’re starting to realize the importance of dressing well.

Tinder only allows you to use Facebook photographs, bypassing the possibility of utterly misrepresentative pictures (although there is a way to upload awkward/naughty/fake portraits to the social network by setting the privacy to Only Me – scarcely rocket science).

However, it seems that lewdness or semi-naked masculinity are by far the least popular style of photographs. Despite what the muscle-bound gym bunnies might believe, women are not that interested in abdominal close-ups or topless pouting. They’re also not interested in pictures of kittens, puppies, ex-girlfriends or grinning grannies.

What they are interested in is evidence of fun-loving, lack-of-self-loving and smart dressing. Out of the three, the latter is the easiest to fix – and provides conversation starters. It also reminds women that you are a serious candidate without being too serious a man.

Of the photographs experimented with on Tinder, the most appealing pictures I used were ones of me fully clothed and, more often than not, in different variations of black tie. Use of bow ties attracted commentary of admiration and intrigue, with women approaching the conversation from the point of view that I was something of an international cad who wore evening dress regularly.

Also highly appealing were pictures of me in suits (particularly three-piece) wearing ties, tie-clips and pocket squares, prompting women to either admire or admonish me for being ‘dapper/posh.’

The outfits that worked best had either a continental coolness to them, or British with a contemporary edge. They were either relatively unique (black tie with white trousers) or classic (blue blazer and light grey trousers). Simplicity seems to be equivalent to sexiness in this context as extravagant ensembles (waterfall pocket squares, loud checked jackets, silk scarves) fared very poorly indeed.

The other important thing is that the picture collection is coherent; don’t have one picture of you in black tie and then five shots of abs. This is about character creation, and this requires consistency. The perfect mix might be a shot of you in a suit, one in black tie (preferably looking like you’re having a good time), another in ‘relaxation mode’(e.g. shirt and cord jacket) and one of you relaxing on holiday in a linen shirt with sunglasses.

This selection not only provides the ladies with a suite of situations which she can visualize her being in with you, it also serves to add interest to your character; a man of evening functions, of important business, of travel and one who enjoys his leisure. In other words: a knight in non-shiny wool.