In my last posting I highlighted some of the opportunities open to you for a little summer time glamour.

In an increasingly informal world, where men are commonly seen going out to dinner in jeans and t-shirts, it’s nice to know there are places where classic standards of dress still pertain, and that some people are prepared to make the effort.

In England we are spoilt for choice. While my last post highlighted those for the formal season, if you like your entertainment a little less stuffy, and a little cheaper, you might want to consider the unofficial season. 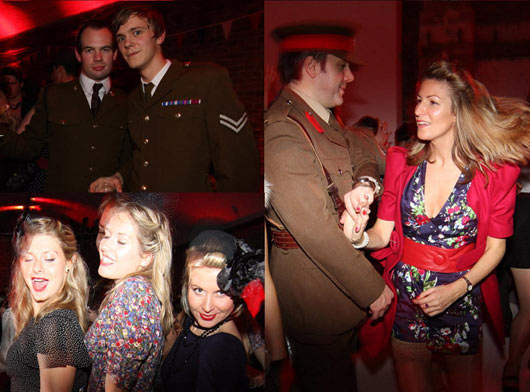 As the name suggests, the Blitz Party is a celebration of the style and music of Britain’s War years (1939-45). We’re talking uniforms Swing bands, sand bags and glad rags. Glamour and danger often go hand in hand and people largely overlook what a stylish era this was. Not only were two thirds of the country in uniform but even in this time of great danger people still dressed in black tie for dinner. And don’t get me started on the women. Fantastic. Think Ruby red lipstick and silk stockings with black seams up the back.  Hats were still in vogue as were three piece suits and rakishly cut double breasted’s. As you can see from the website people really make the effort, and while many men take the opportunity to dress up like RAF Spitfire pilots I think I’ll be going black tie. 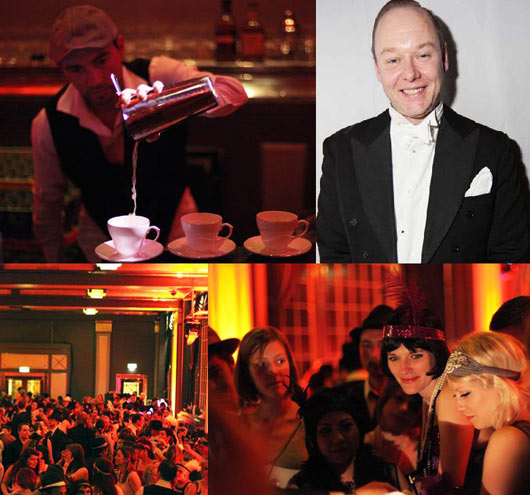 In the same vein as The Blitz Party and organised by the same people, the Prohibition 1920s is an opportunity to connect with your inner Wooster. Black or White Tie seems the most appropriate option for true gentlemen. 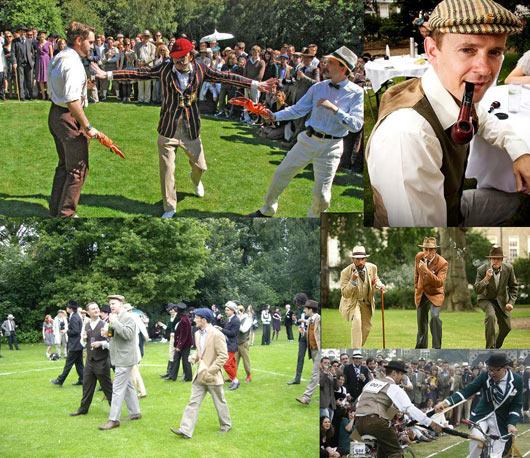 Organised by those fine fellows at The Chap Magazine and the folks behind The Blitz Party, the Chap Olympiad is an annual event held in London’s Bedford Square  – no expensive stadium and Olympic Village for these folks.  A perfect occasion for strutting your tweed and doffing your hat to a fine filly or two, the Olympiad is a celebration of English eccentricity. Attendees are invited to picnic and partake in such events as tossing the plate of cucumber sandwiches, the pipe smokers relay and the three legged trouser race. Alternatively you can relax and enjoy live music, side shows, sporting ineptitude and fine facial hair.

Strictly a ticket only affair, they’re currently on sale at Ticketweb for a reasonable £15. Revellers are expected to get into the spirit of the event by dressing the part, which all adds to the gayety. 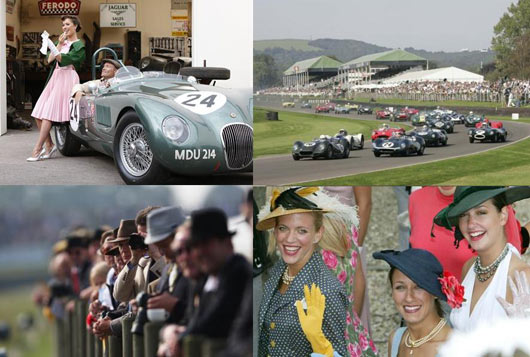 Rather less tongue in cheek and a bit more formal, The Goodwood Revival is the largest historic race meet in the World. This spectacle is made all the more real by the dress code. Most go in period dress as do all the drivers, mechanics and race officials. Tweed tends to be the order of the day here, although the last time I went I sported a classic blazer and trilby. Being a motorsport and classic car enthusiast this is one my favourite summer events. The racing is real, as is the glamour. This is one of those rare occasions when you’d feel silly for not making an effort.

You may think all these things sound and seem a little silly. So what, I say. It’s a rare pleasure to be in the company of people who want to look good and who actually enjoy themselves doing it.