SarTravel: My Trip To Cape Town 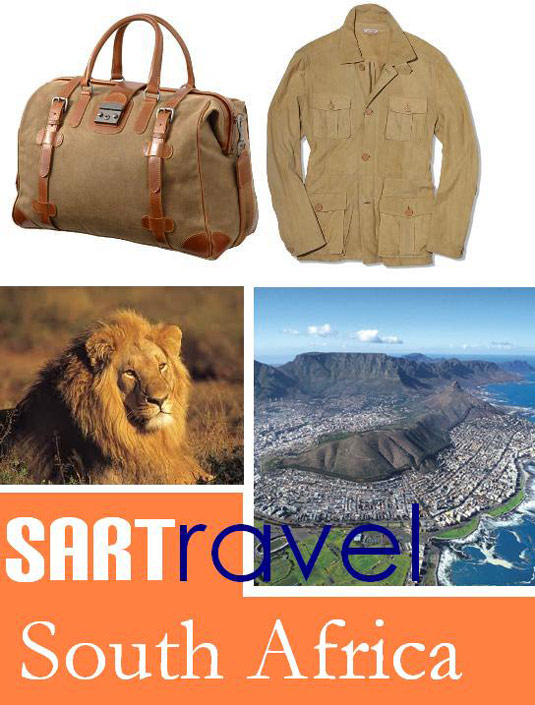 Like many others, I find London in early January to be an exceedingly dreary place. The sparkle and jingle of the Christmas season vanishes, smart shops turn into filthy discount warehouses, the rain pours constantly and the cold wind blows relentlessly: seeing London at this time of year is like glimpsing an aging star without make-up and I prefer to look away.

I was offered the opportunity of an escape by a close friend who was travelling to South Africa for a sweltering sojourn; New Year’s in Cape Town followed by a relaxing week on a game reserve north west of Pretoria. Thrilled by the prospect of warmth in January, the spectacle of magnificent animals in their habitat and the bonhomie of a group of young travellers, I agreed instantly.

Aside from vast supplies of sun cream and Jungle Formula, I hadn’t the foggiest idea what I needed to take with me. I had heard that temperatures could reach the mid-thirties in this period (the height of summer) and so planned accordingly. After a small amount of research, I devised a travelling wardrobe:

Arriving on New Year’s Eve, the attire for that evening was set to be black tie. No one was ever going to convince me to wear Barathea wool, even in the fresh breeze of the Cape, when such temperatures were threatened. Instead, I opted to take a pair of black silk trousers and a seersucker jacket; both are a nod to a more casual and cooler look. The ensemble was finished off with a pair of black espadrilles.

The wardrobe for the remaining evenings in Cape Town, a place where they feel it necessary to warn against flip-flops and shorts in luxurious restaurants, was linen based and, while generally avoiding neckties, made full use of pocket square decoration. Footwear consisted of driving shoes and espadrilles.

After being informed not to wear garish Hawaiian-style shirts but clothing ‘appropriate for the colours of the bush’ I immediately envisioned the uniform of an early 20th century British Baedeker tourist. An inexpensive linen safari jacket was the central piece. Other items included khaki cotton shorts, white and khaki linen shirts, a Panama, sturdy boots and a cream desert scarf.