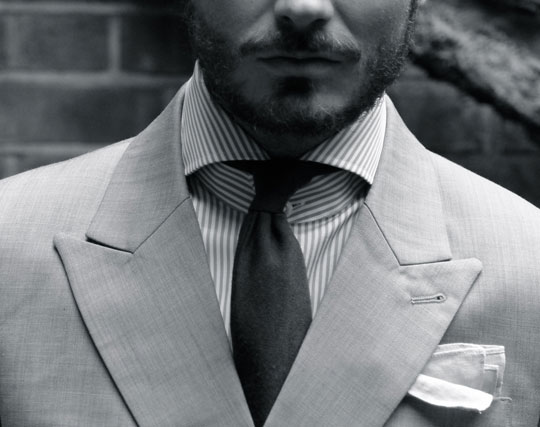 It’s fair to say that shirts are an addiction of mine.

Some sartorialists choose footwear as their vice, others nearly bankrupt themselves through repeated visits to Savile Row. I have even known one man to be utterly besotted with socks, so much so that he had an entire six drawer chest full of them.

I am pretty attached to ties, I must admit. But shirts are a greater extravagance. I always flit from selecting basic whites and blues – using utility as an excuse – to chasing after French collars, unusual stripes, greens, yellows and pinks.

My collection now has its own, overstuffed cupboard and, due to the hanging arrangements, it is nearly impossible to keep them neatly maintained; a good once over with an iron is always required of a morning.

I was introduced to the pleasures of shirts by my father, who has himself, a formidable collection. He emphasizes the important facets of fine shirting, paying particular attention to collars. He often points out ‘weak collars’ of newsreaders or politicians; curving at the tips, asymmetrical, poor stages for fine tie knots. I have consequently paid enormous attention to collars, ensuring they are starched, stiffened and substantial.

The latter word is certainly one I would use to describe the collar on a Sebastian Ward shirt. There’s something superior and UHNW about this collar, something Dragon’s Den-like. I put it on and instantly felt I was just about to be nasty to someone about their radical idea for dog onesies. 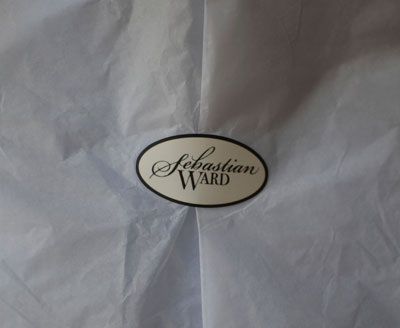 Sebastian Ward is a classic story in modern menswear: a brand borne of frustration.

It was founded by Christopher Berry, a Manhattanite raised the Ivy way, who originally experimented with his design for the perfect shirt on a restored Singer sewing machine. Having encountered kindred spirits, Konrad and Alika, who were sympathetic with his frustrations, they set about producing a design that would combat the mass of ready to wear shirts that are either “too tight-fitting…too short at the tail…or the collars too flimsy.” 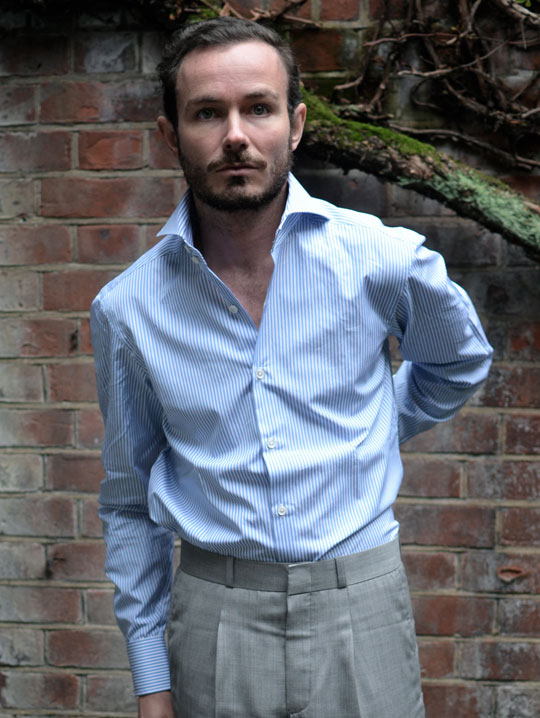 The shirt itself is somewhat anti-slim fit. As Christopher states, “It’s ridiculous to believe that a tight and skimpy shirt is going to perform comfortably in our current day and age. Yet, over the years, men have been tricked into thinking that ‘tighter fit’ is synonymous with ‘better fit.’ As a result, functionality and mobility are often limited in modern dress shirts.”

Indeed, everything about the Sebastian Ward shirt speaks of its founder’s frustration with other shirts providing function or form – but not both. The 3.1mm Mother of Pearl buttons are milled to be easy to manipulate through a button hole; the tail is a traditional length to sufficient for the ‘tuck’ when seated; the sleeve length is generous for comfort but the cuff slim. 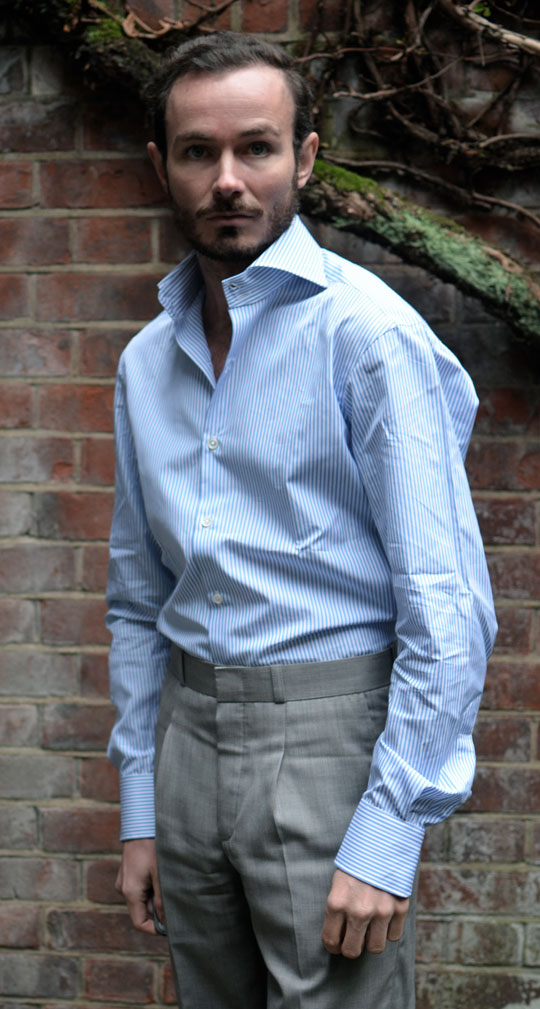 Like many premium shirt brands, Sebastian Ward use the mighty Lancastrian Thomas Mason’s cotton, which is deliciously smooth. With it’s comfortable fit and high, aristocratic collar band, it feels like a combination of an 18th century lawn shirt and a modern Italian.

If I had to pick a standout feature of this shirt, it would be the collar. For one thing, it’s huge, but not comically so. Secondly, it has a beautiful roll that is majestic with or without a tie. 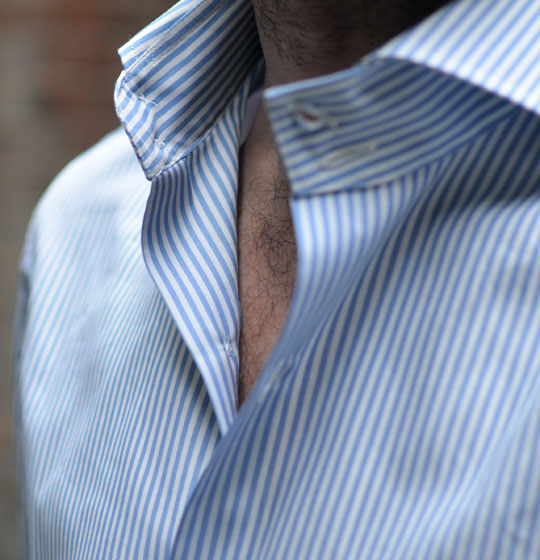 At $175, this shirt isn’t cheap but then it isn’t designed to be. This is a small brand that caters for a discerning group of men who believe that elegance and comfort should come in the same package. As Christopher states; “The reality remains that athletic men are seeking a flattering, yet practical fit that will reliably stand up to their daily physical requirements.” Having ripped the seams on a shirt with the attractive but impractical description of ‘Extra Slim Fit’, I think I know what he means.